My search to find a bra to wear around the house and at night in bed continues.  I have come close a few times but still not found anything I am completely happy with – even nearly happy with, in fact.


I decided to give the Royce Impact Free Sports Bra a try as I saw it on Bravissimo and it looked like it might work for me.


This bra is available in white, black and grey marl but only the latter was available in the sizes I wanted to try at the time I was placing my order. 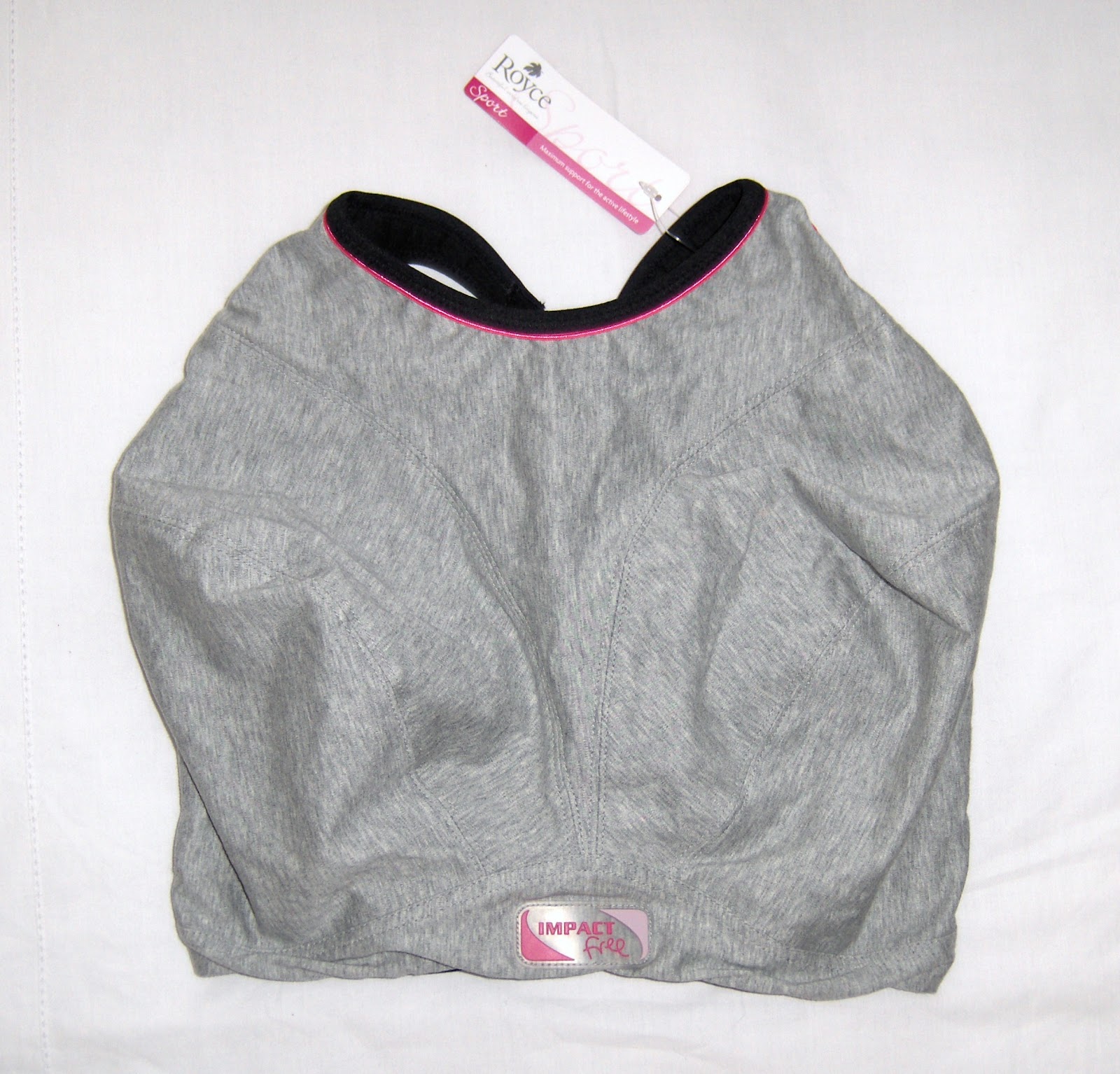 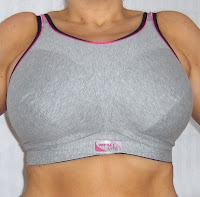 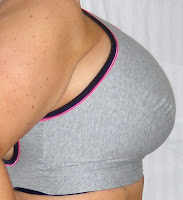 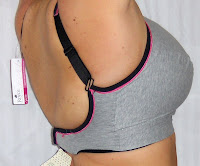 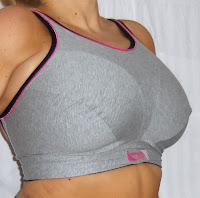 This bra was generally a good fit, with the band being completely spot on.  The material is mainly cotton but also contains 19% polyester, so overall it should be cool and comfortable for sportswear and at night.


The bra fastens at the back with four rows of three hooks and eyes and there is a section of velcro to keep it secure.  I think perhaps this velcro section was also added to cover up the fastening – I am not sure this is entirely necessary.  The velcro caused me some discomfort and I think with extended wear, particularly if this bra was worn during exercise, it would have been quite irritating.  The end of the section was already curled when I received the bra and I imagine it would only get worse over time.  It made a fairly sophisticated bra look cheaper and like I had owned it for some time.


Unfortunately, the 32K was too small for me in the cup so I also tried a 34K: 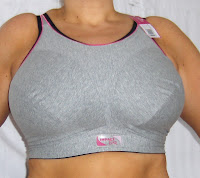 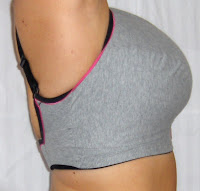 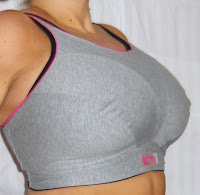 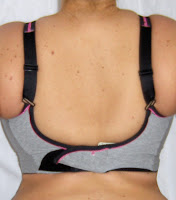 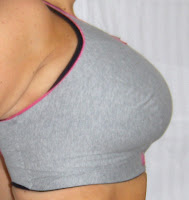 This was a much better fit, although the cups were still a bit on the small side, and of course going up a back size meant that the band was too big for me.


The outside of the bra is covered in a grey marl material that was already wrinkled when I tried both bras on.  It was most unfortunate and in some pictures it looks as though it could be a nipple poking through – not the look I am going for!


I found it disappointing that the rings used to connected the straps to the band at the back were oval/rectangular, rather than circular.  As you can see from the photos above, these connectors tend to turn around and therefore affect the length of and support from the straps.


When I saw this bra on Bravissimo, my main concern was that it came up rather high on the chest and it might feel uncomfortable.  I rarely wear clothing that covers my decolletage area and it did indeed feel very strange to me.  I felt it would make me become hot if I wore this bra whilst doing sports or exercise.  I also had a bit of quadraboob, although this was almost impossible to see due to the height of the front section.


As I have found with all the Royce bras I have tried so far, the cups were too shallow for me.  My breasts met in the middle but it was very hard to adjust them due to the bra being so full-coverage.  I don’t think I would have found this very comfortable if worn for a prolonged period of time.


I seem to have pointed out a lot of negative things about this bra but despite all that, this is definitely among the best soft cup bras I have tried so far.  It fits pretty well, looks good and gives great support.  I seriously contemplated keeping it but due to the velcro at the back and the lack of breast separation, it’s not a keeper for me, unfortunately.


You can read my other reviews of the soft cup bras I’ve tried here:

And there’s more to come soon so stay tuned!