A while ago I read that Mariella Frostrup’s secret to non-sagging breasts is to wear a bra all the time, even in bed (apparently this was recommended to her by the late Paula Yates).  I know from experience that it’s not comfortable wearing an underwired bra to bed and I have long been keeping an eye out for a comfortable but supportive sleep bra.  This search has proved very difficult as most shops do not stock H/HH/J cups as standard.

As you’ll know if you’ve read my previous posts, I recently placed a large lingerie order with Fashion World in the hope that I could find bras for various purposes; one of which being a sleep bra.  Unfortunately most of the bras in the region of my cup size were only available in a 38 back, which I did order but quickly discounted after trying on one (review below).

The first bra I tried on was from the Shapely Figures Pack of 2 Lace Bras in 38H, which I ordered as the 36 was not available. 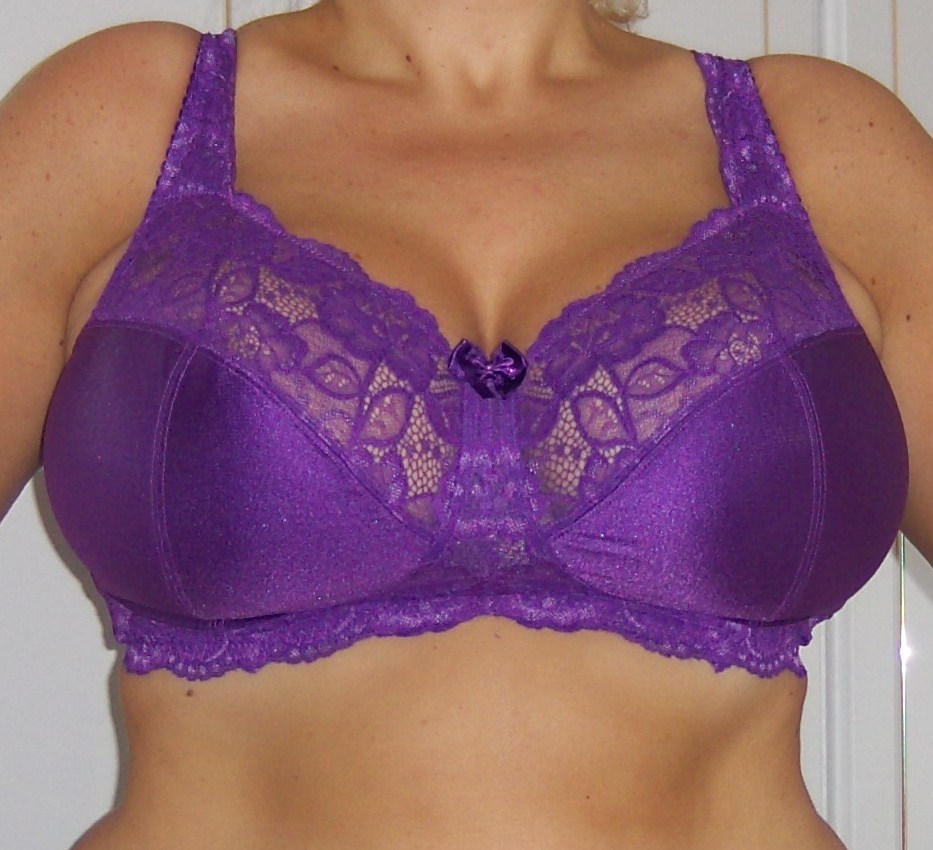 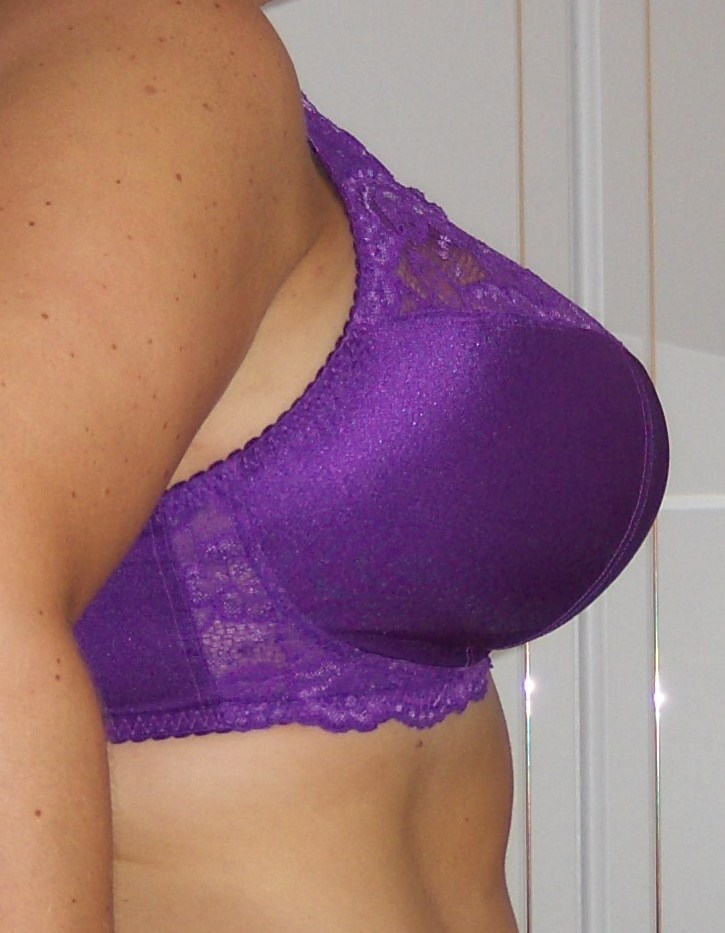 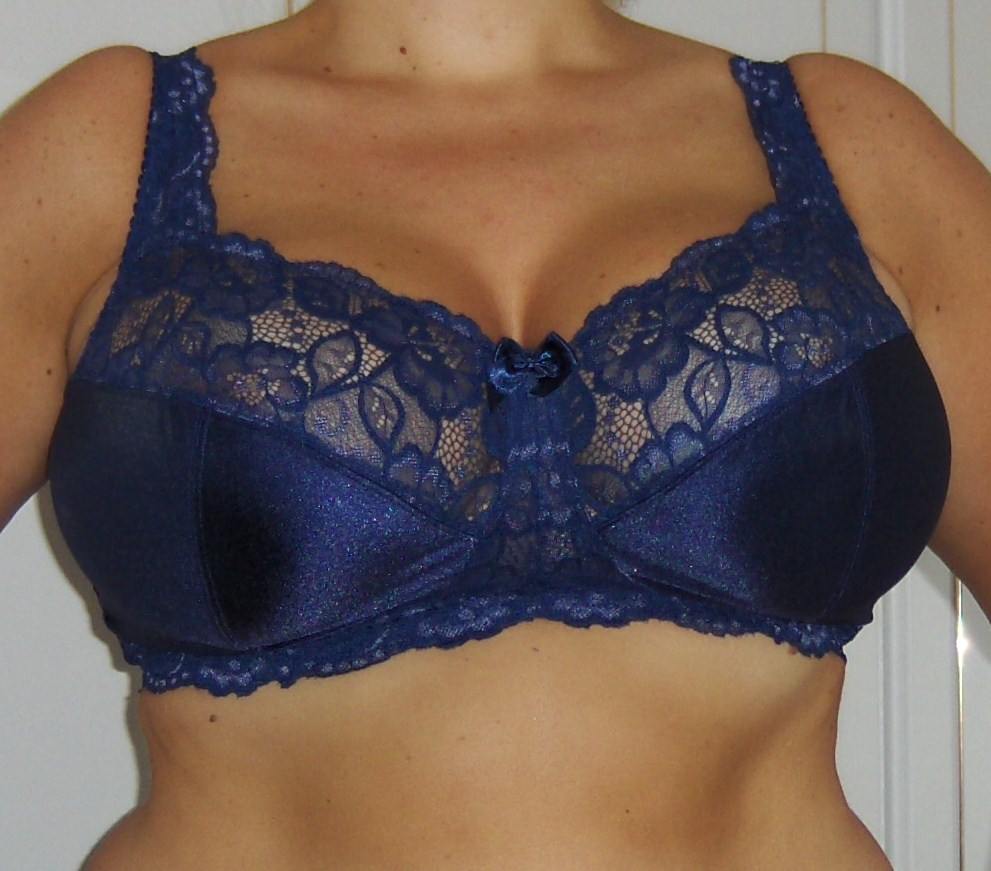 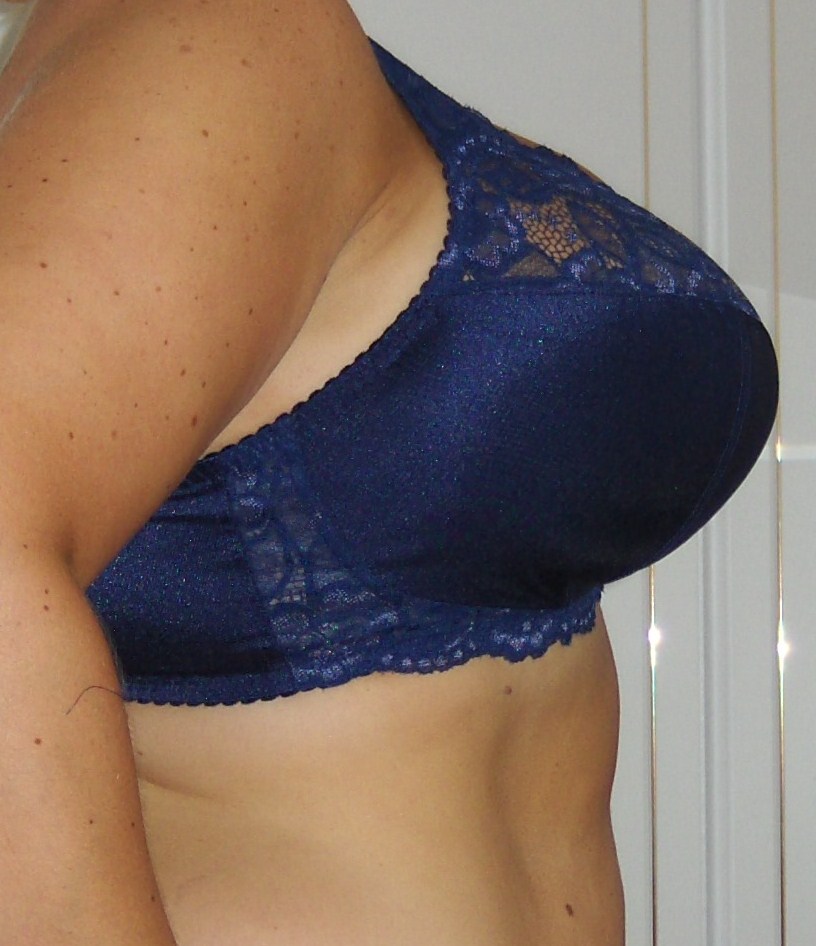 I was so impressed with these bras.  They fitted well (albeit too loose in the band – curses!) and gave great shape, particularly the purple one.  In fact, I hope you can see from the pics above, they were comparable with underwired bras and even fitted better than the ones I reviewed earlier.  They were very comfortable and the colours were absolutely gorgeous.  Fashion World has this style available in several different coloured pairs.  Sadly I had to send these back as the band was too big even for just wearing in bed.  I will keep an eye on the website and if they become available in 36H I will most definitely be placing an order.  Well done, Fashion World!

I’m afraid to say I didn’t fare so well with the other non-wired bras in my order.

The Shapely Figures Pack of 2 Non-Wired Bras black/white in 36H had side boning so when I tried it on I wasn’t sure it’d be one I wore to bed, even if it did fit.  For me, the whole idea of a sleep bra is that it has no wire or boning – I guess I missed this fact in the item description. 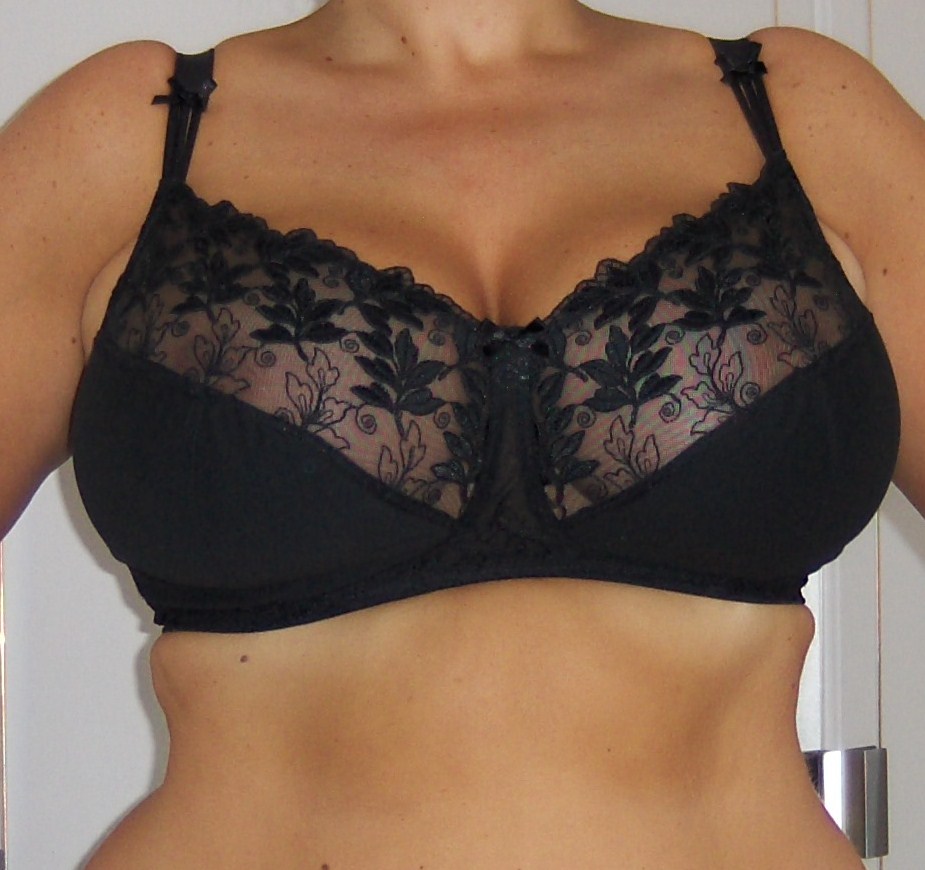 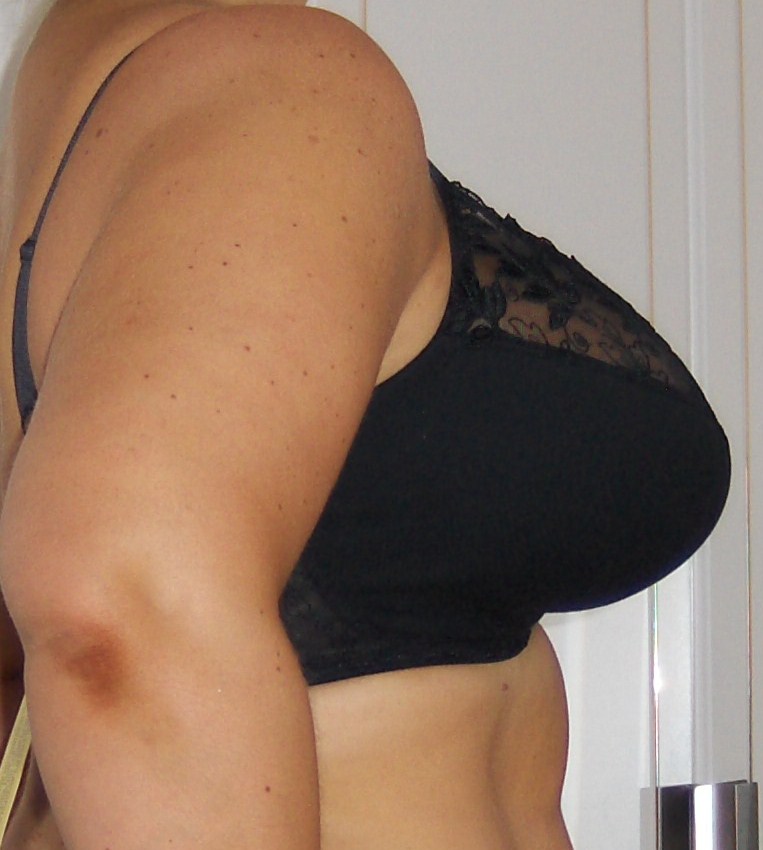 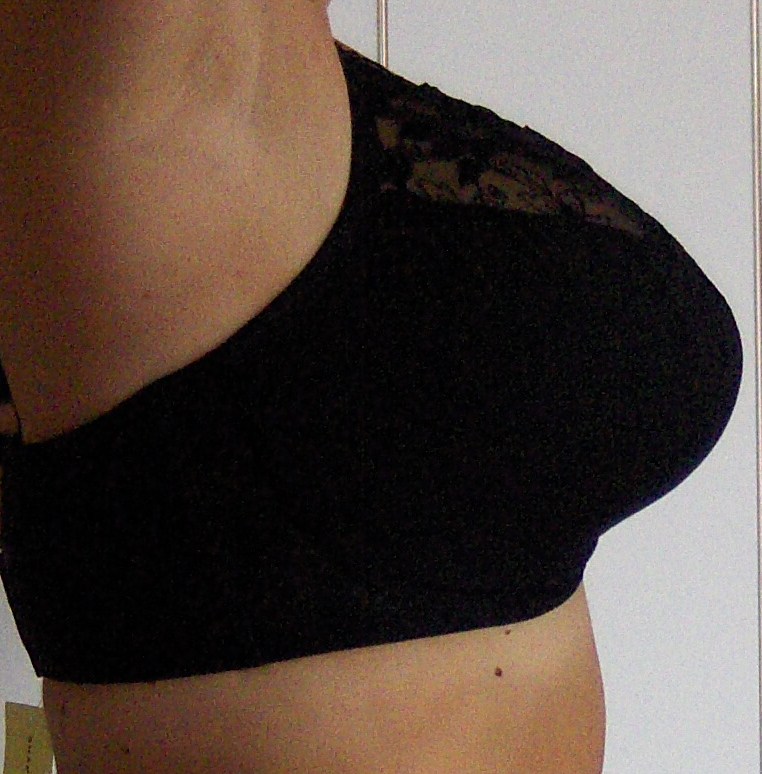 The band fitted nicely and the bra fabric was very soft and comfortable.  Being 60% cotton made all the difference it seems.  The straps were pretty as on each side they had three thin straps coming up from the cup, before joining as one to the main strap.

Sadly, these bras gave me an awful shape, pushing the top of my boob downwards, which surely cannot be a good thing.  Perhaps this would not be the case with smaller sizes but in my case it made me rule these bras out immediately.  Shame though as the high cotton content was so nice.

I thought that adding some more expensive options to my order would definitely give me something comfortable in which to sleep.

First of all, we have the Royce Non-Wired Support Bra in 36H. 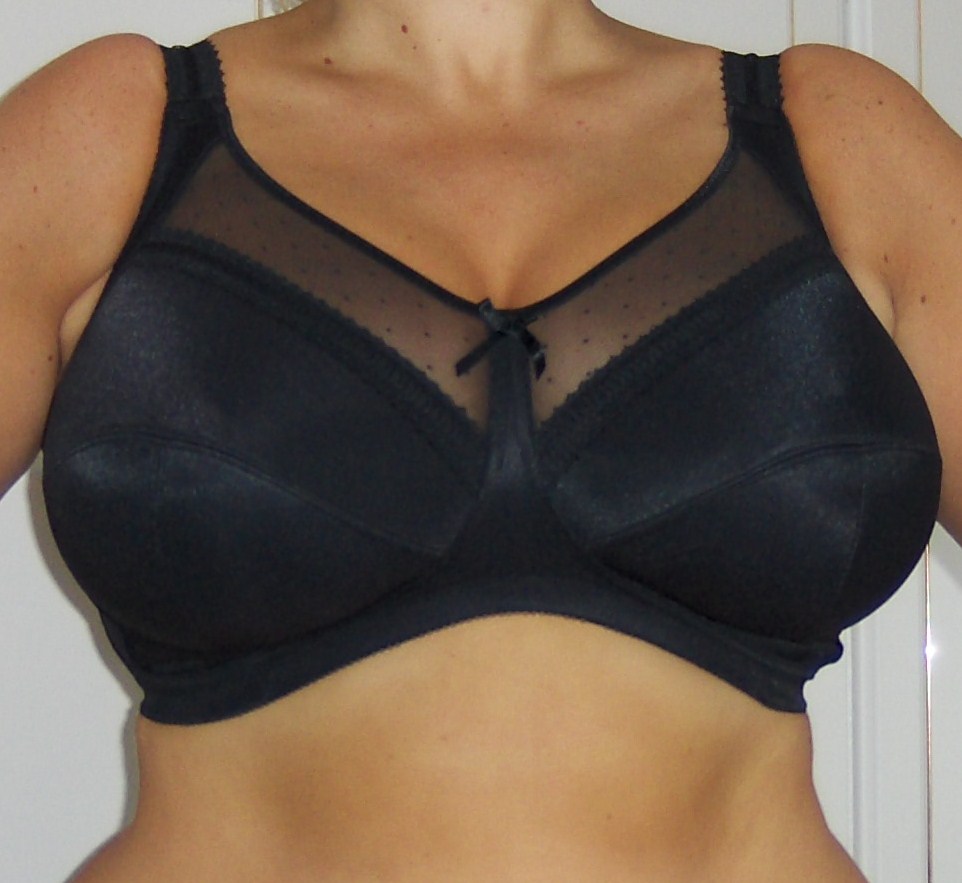 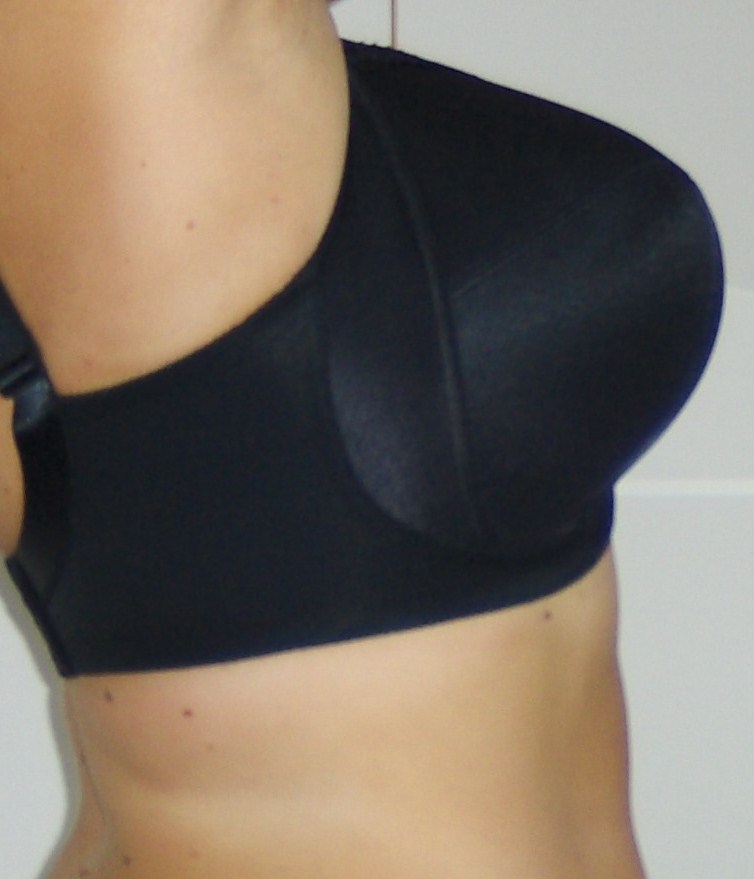 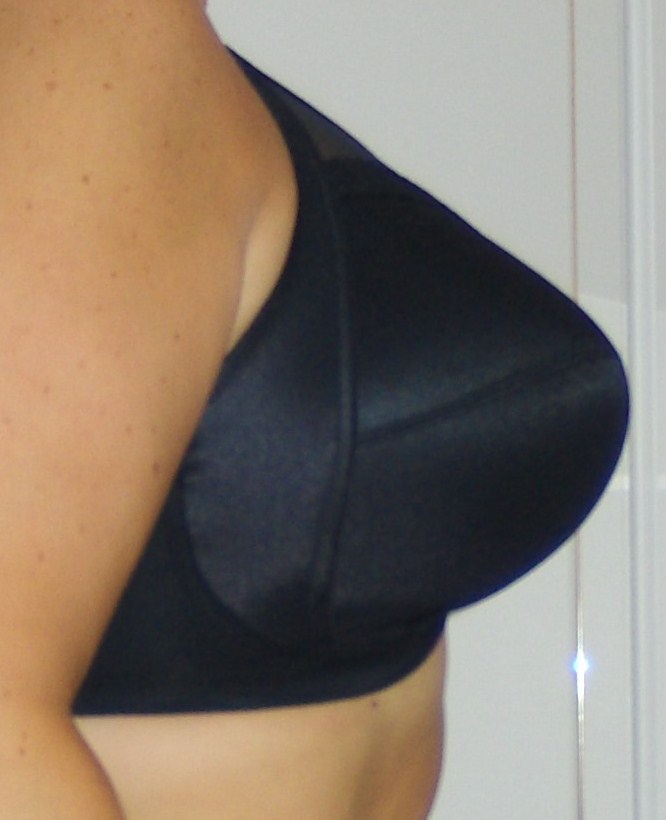 It has been a long time since I’ve found a bra such hard work to put on.  It reminded me of a sports bra I had years ago!  I knew straight away that this would be no good as a sleep bra – if it’s hard work to put on during a trying-on session, there’s no way I’d have the enthusiasm to do it at the end of the day getting ready for bed when I was sleepy.  It gave me reasonable shape for a non-wired bra and the band fitted nicely but it wasn’t the one for me.

Being a cup size larger, I hoped I would do better with the Royce Sadie Non-Wired Bra in 36HH. 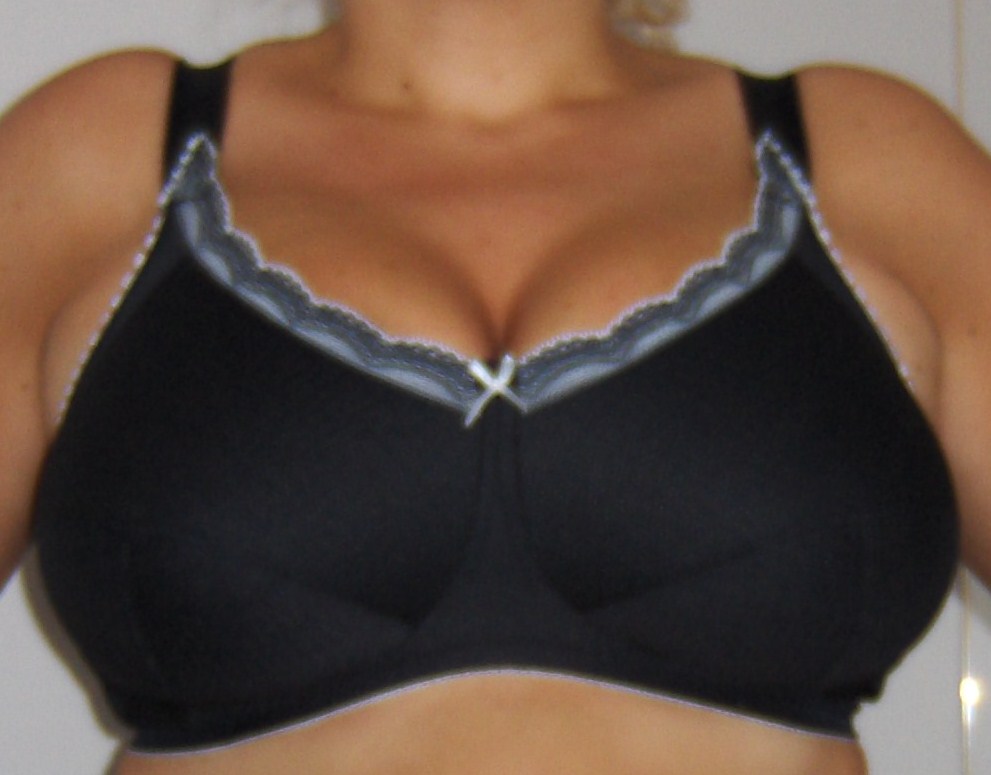 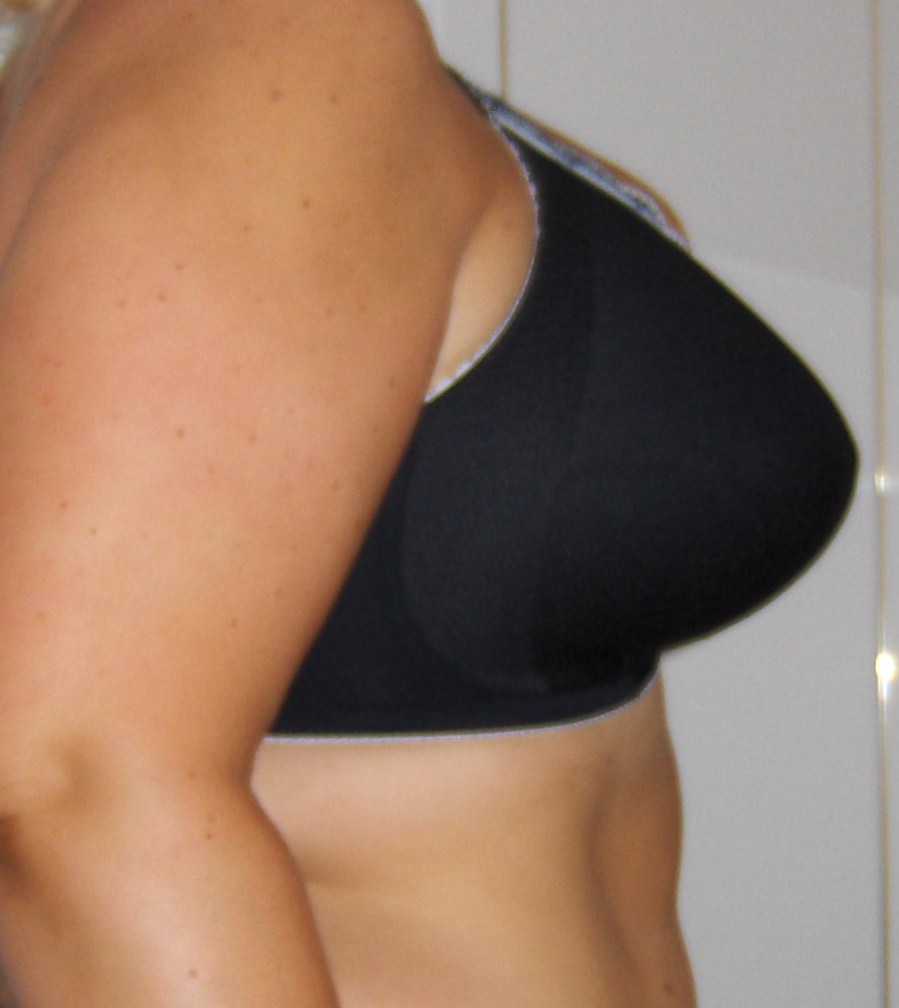 Sorry these pics are blurry.  I have to take all my snaps using the timer function on my camera and therefore they are sometimes out of focus.  I don’t realise this until I try to upload them on here, by which point it’s often too late to retake them as I’ve sent the items back 🙁 Still, you can still get an accurate idea of the fit from these shots.

This bra was well-made and again comprised comfortable, breatheable fabric.  However, it was a terrible fit.  Again, it felt tight everywhere and even putting it on was a huge struggle.  I had significant double-boob and it gave me a pressed-down shape, the worst of any of the bras in this review.

I should have taken pics of my view looking down on my boobs in all of these bras.  There was such a significant east-west thing going on with my breasts as they were being pushed towards my armpits.  Not comfortable at all and definitely not a good look.

So I am not really any further forward with my quest to find a decent sleep bra.  I thought I had found ‘the one’ (or should that be ‘the two’) with the Shapely Figures Pack of 2 Lace Bras but sadly the band size was too big.  So close but yet so far!