Ok, I’ll admit it.  I’ve never really been one for sports.  I guess my lack of co-ordination and skill, as well as having dizzy spells and regular giddiness, mean that I’ll never be much good at sports and I’m someone who doesn’t much like doing things they’re not very good at.  I daresay that’s true of most of us but I definitely need to feel like I can do well at something in order to stick with it.

However, I do recognise the importance of keeping active to maintain a healthy lifestyle and although I am clearly overweight I do have a job that has me on my feet all day several times a week.

There are times in life when a very supportive bra is required, however, and I have wanted to get a sports bra in my size for some time but of course my cup size presents rather a problem.  I currently wear 30L bras in Ewa Michalak and this is not a size readily available on the high street (or on the internet, for that matter).

In fact, Freya Active is an official partner of England Netball so they must be doing something right with their active wear!


A little while ago, I was offered the chance to try the Freya Active underwired sports bra for myself and of course I jumped at the chance.  I went for a 32K (as I suspected the 30K I usually opt for in Freya would be too small in the cup) and was thrilled when the lovely people at Freya sent me the bra in two different colourways – white and black. 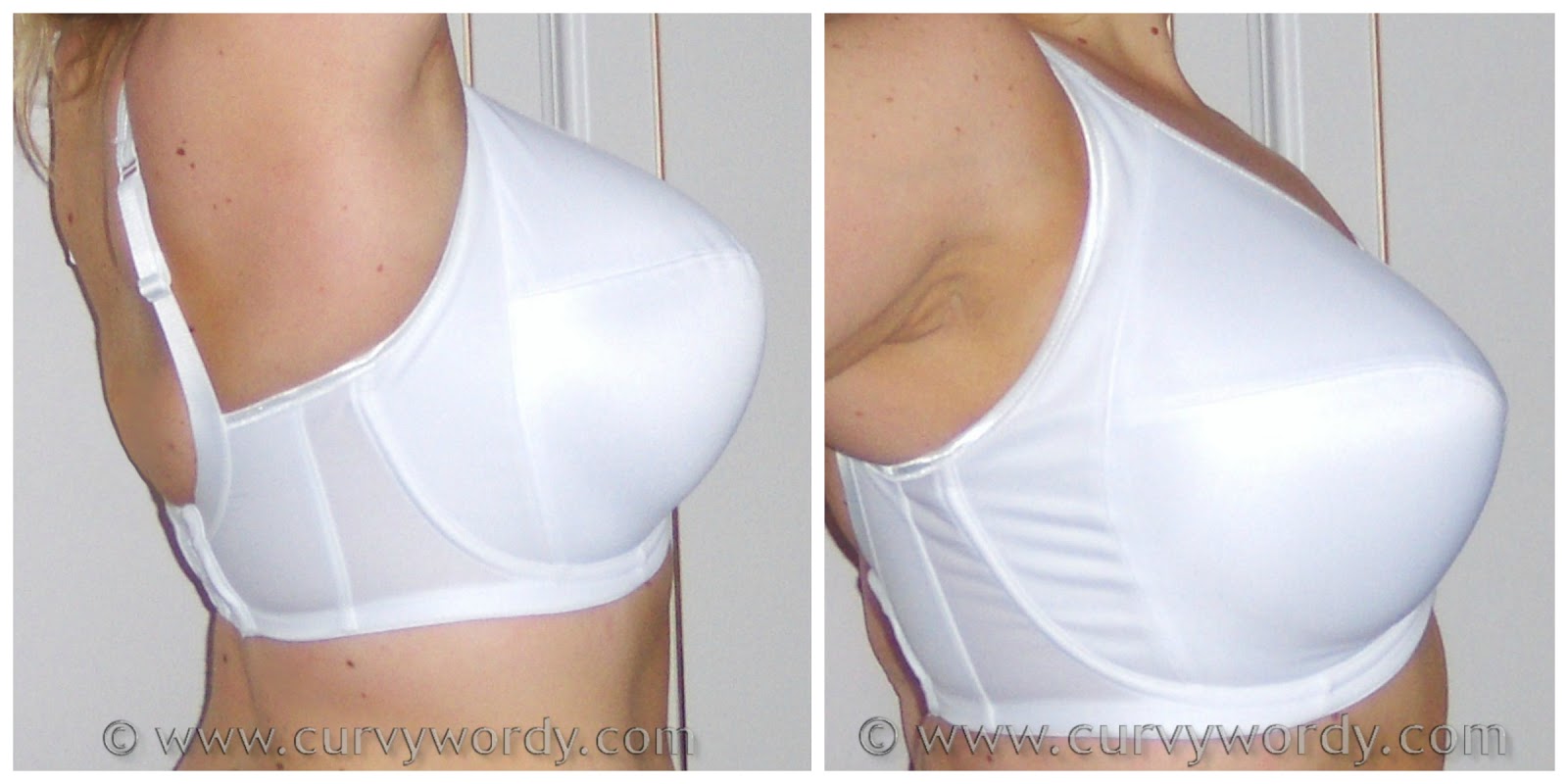 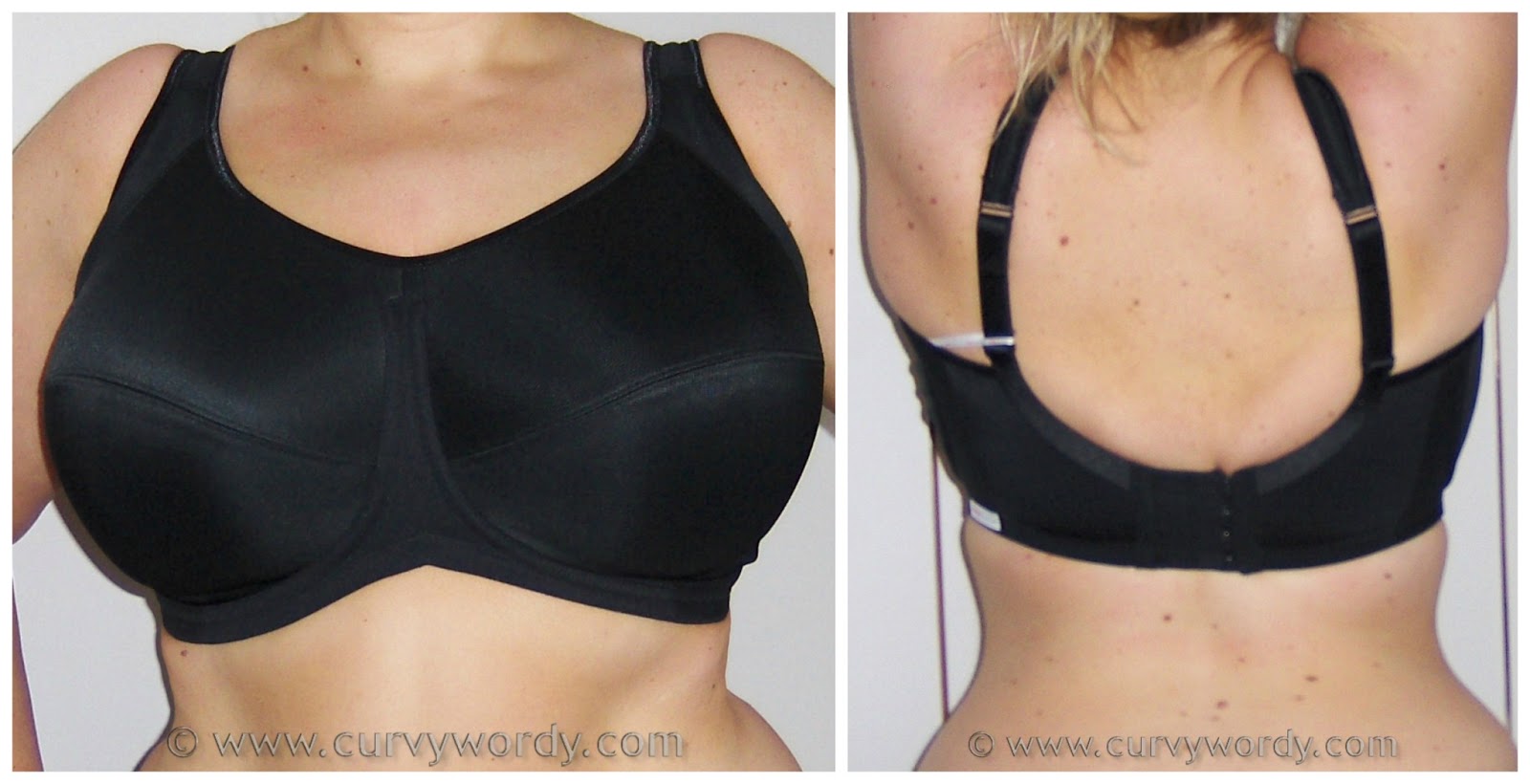 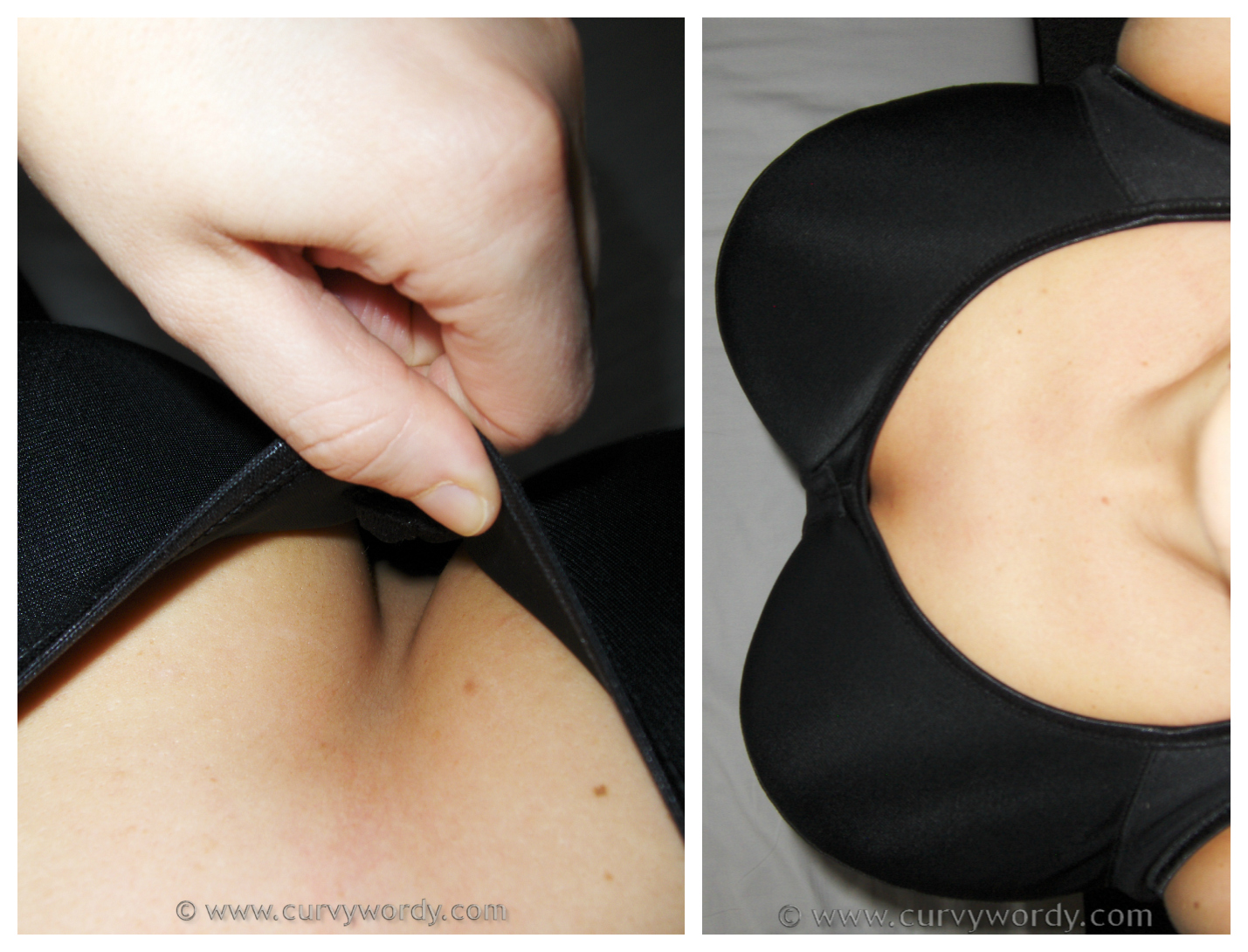 Overall, both sizes fitted fairly similarly, although I did feel that the black bra just about had the edge over the white.  That might be because black garments tend to be a fraction smaller than other colours due to the dyeing process, or it might have simply been my imagination!


Although I didn’t go to a gym or anything like that to test these bras out, I did run up and down the stairs a few times at speed and I was relieved to find I did not come away with black eyes.  Despite the fit issues that I’ll discuss shortly, both bras held my boobs pretty firmly in place and offered the best support from a sports bra I’ve found so far.


I loved the thick straps on these bras.  They’re wide and padded so are incredibly comfortable to wear.  They don’t adjust very short though, so that proved a bit of a problem for me (more on that in a moment).


The 32 band was a good fit.  It seems the Active range is firmer in the band (for me, at least) so if you’re thinking of giving the range a try sizing up shouldn’t be an issue if, like me, you need to do so to get a better fit in the cup.  The band fastens with four rows of four hooks and eyes, so it is far wider than regular Freya bands.  This made it SO comfortable to wear and gave maximum support.  I wish more of my bras had lovely wide bands like this!


The cups were shallower than my other Freyas and the wires were wider.  This meant that my boobs were pressed quite firmly against my chest, causing a flattening effect, but I didn’t mind that too much as this bra is made for giving maximum support and minimising bounce, rather than giving boobs the most projected shape possible.


However, the wide wires were SO wide that they actually went round to my back.  They also came up very high and dug into my underarms/back.  You can see in the photos above that there is heaps of empty space at the sides of the cups and the fabric puckers because it is pulling, showing that, if anything, the cups were a smidge too small for me.  I hadn’t fully adjusted the straps when I tried the white bra on so you can see space at the bottom of the cups.  By the time I put on the black bra, I had the straps fully adjusted but even then there is a little excess fabric underneath my boobs.


I also found that the central gore would not lie flat, no matter how much I adjusted my breasts.  This issue was identical with both bras, so this on top of the other fit problems brought me to the conclusion that the cup shape on this bra is all wrong for me.  It definitely wouldn’t be solved by sizing up in the cups (if that was possible – K cup is the largest size on offer) and sizing down would not be an option as I’d definitely get quadraboob happening.  The cups are too shallow and the wires are too wide for my boobs.  Such a shame – I had such high hopes for these Freya Active bras.


That said, I would like to reiterate what I said at the start of this review.  I’ve tried a few sports bras in my time and this one, despite its fit issues, works best on me so far.


I am realistic.  I know I won’t get oodles of choice in my size range for any kind of bra, never mind something as specific as a sports bra.  I therefore have to accept a compromise until more brands start waking up to the fact that there ARE women out there with very large breasts who want the support of a sports bra.  Freya Active have really pushed the boundaries by trying to address this need and I’m sure that for women with boobs shaped differently to mine this will be a godsend and will work brilliantly for them.