I recently posted a review of the Ewa Michalak PL Bikini in Black and now it’s time for me to tell you about the CH version.


As I mentioned in my previous post, I discovered earlier this year that Ewa Michalak‘s swimwear would not be available on the website but instead could be ordered by email (via sklep@ewa-michalak.pl).

I got in touch with the team and they very kindly agreed to send me the CH Bikini in black in 30JJ/65JJ (the largest cup size in this band) and the shorts in 16/44. 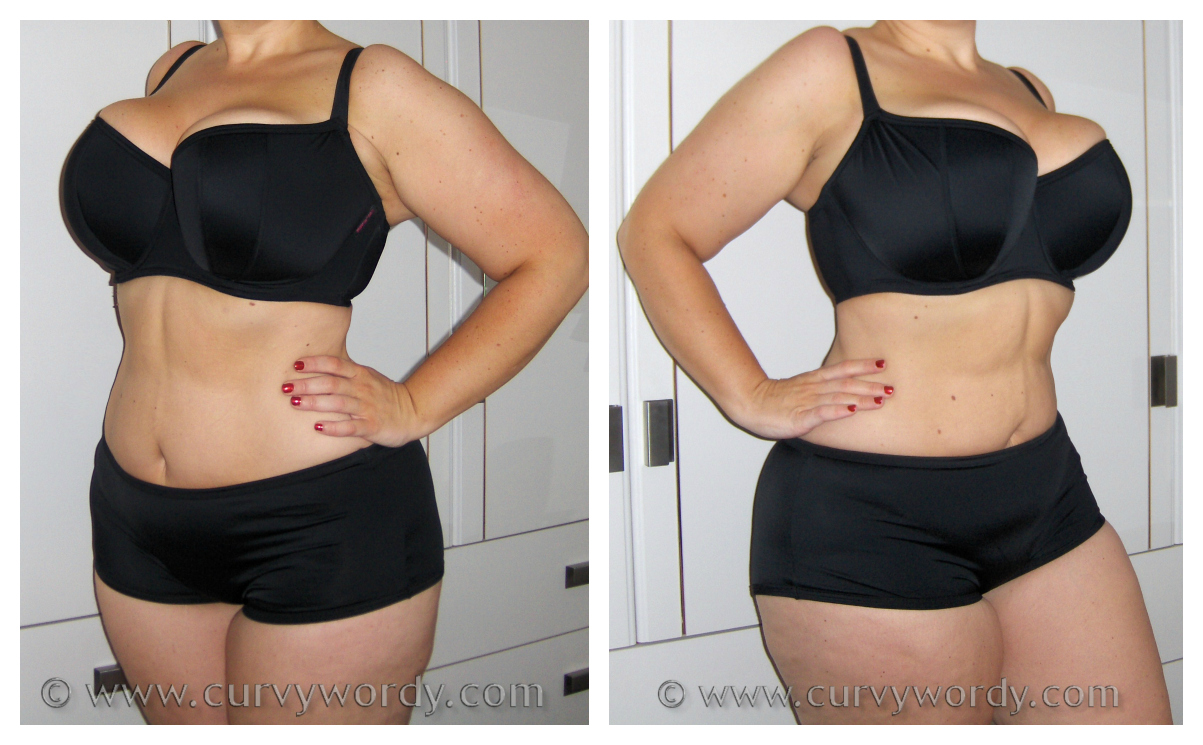 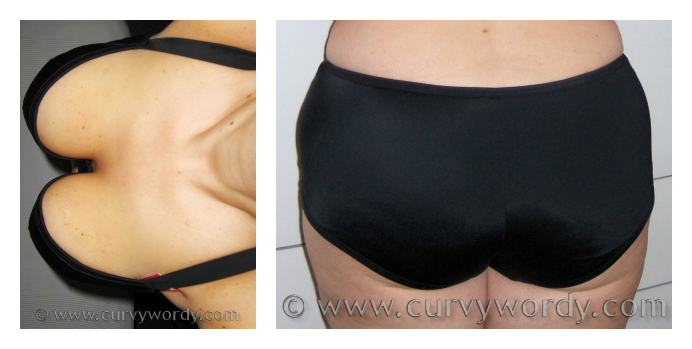 I was so excited to receive this set and try it on!

The cups are lightly padded with foam, just as the regular CH bras are.  It’s important to note that this bikini does not have the removable pads which have featured on some of the newer EM bras.


I found the fit of the cups was very similar to that of the CH bras, which is contrary to what June at Braless in Brazil found when she reviewed her CH Bikini here.  This meant that they were about one size too small for me so I continue to keep my fingers crossed that one day Ewa will expand the cup sizes available in styles other than PL as we large boobied ladies need a choice of bra shapes as much as those with smaller boobs.


The band on this bikini does not fasten with a traditional bikini clasp, but instead with hooks and eyes, just like a regular bra.  This is fantastic for all of us as it means that the life of the band is significantly extended.


Think about it…on a regular bikini, what can you do when the band becomes stretched and too big for you?  Well, you can either try to alter it down or you can buy a new bikini.  Neither option is ideal or makes a bikini good value for money as you can easily spend upwards of £20 on a bikini top that may only last you for one holiday.  Would you think it’s good enough if a bra only lasted for two weeks? Nope, me neither!  And I have been growing increasingly frustrated that I needed to buy a new bikini every time I went on holiday.  So the fact that Ewa Michalak’s bikinis have bra-like bands means that I can start off wearing my bikini on the loosest hooks and move up along the four rows of three eyes as the band stretches.  Wonderful!


I did wonder if the fact that the band has hooks and eyes might make other people think I am wearing a bra instead of a bikini (yes, I worry too much about what other people think).  However, the main fabric of the bra is a traditional swimwear material that is very soft and has a slight sheen to it, so I don’t think it looks much like a bra at all.


The straps are half adjustable and very slightly wider than those on my CH bras.  The front half of the straps comprises a strip of elastic encased in the same plain black fabric as that which covers the cups.  I am not a fan of this kind of strap as in my experience they stretch out very quickly with trying to support my heavy breasts, making the straps too long overall.  If this happens it will be pretty easy to find a cheap black bikini on the high street from which I can remove the straps and pop them on to my CH bikini instead.  (I have been thinking about doing something similar with my EM bras that have this kind of strap so I’ll let you know how it goes if I get around to experimenting.)

The 16/44 shorts were a brilliant fit and I could well have got away with the 14/42.  They had great coverage over my ample bottom and felt very comfortable indeed.  However, the leg part of the shorts kept rolling up and revealing the white lining fabric underneath so I would have liked this to be black too so it was less obvious when this happened.


I am so delighted to have two bikinis that work well for me, although I accept that both are a bit too small in the cup.  However, they definitely fit better than any other swimwear I currently own, so things are moving in the right direction!