Since I received my Ewa Michalak 32/70 band bras a couple of months ago I have disappointingly found them to be definitely too big in the band.  I have got on much better with my 30/65 bands.  This is good news, as I seem to be getting closer and closer to establishing my true bra size, but it is also frustrating as it means I have a fair few bras which are too loose in the band for me.


Of course, the most obvious solution to this issue would be to get the bras in a smaller band size.  That’s fine…but very few of us have money to burn so this isn’t always an option, not in the short term at least.  So how else can we address the problem of owning a bra with too loose a band?


The most common thing to do is to alter the bra band to make it smaller.  There are various tutorials available on the internet (such as Helena’s fantastic post here) which show how to do this but I am too scared to try them – hacking up my beautiful Ewas seems like sacrilege!  Surely there must be another, less permanent way?

Thankfully, a few weeks ago one of my bosom blogger friends shared a link to a new product: Rixie Clip (patent pending, trademark reserved) – a bra band tightener.

Rixie Clip was the brainchild of an American woman who was fed up with her bra bands not fitting properly.  She and her boyfriend tried out all sorts of solutions before coming up with the Rixie Clip, which was specifically designed to be convenient, comfortable and easy to use as well as not damaging or permanently altering any garments.

Rixie Clip’s Facebook page explains that the item is perfect for women who:

1.) have weight that fluctuates up and down,

3.) are small framed and can’t find a bra that fits correctly, or

4.) just have stretched out bras that need to be rejuvenated.

This seemed like it could be the answer to all my bra band problems (although I can’t help but think that many women who suffer from problem number 3 could easily solve this issue by getting properly fitted (i.e. not in somewhere like Victoria’s Secret!!)) so I got in touch with Rixie Clip via their Facebook page and they kindly offered to send me a sample to try for myself.

It’s worth remembering that Rixie Clip is still very much in the development stages but in the coming months they hope to bring out clips with 1, 3 or 4 hook closures.  For now, they just have the two hook option but seeing as several of the CHP bras I had in a 32/70 band only had two hooks it seemed like one of these would be the best bra to try it out on. 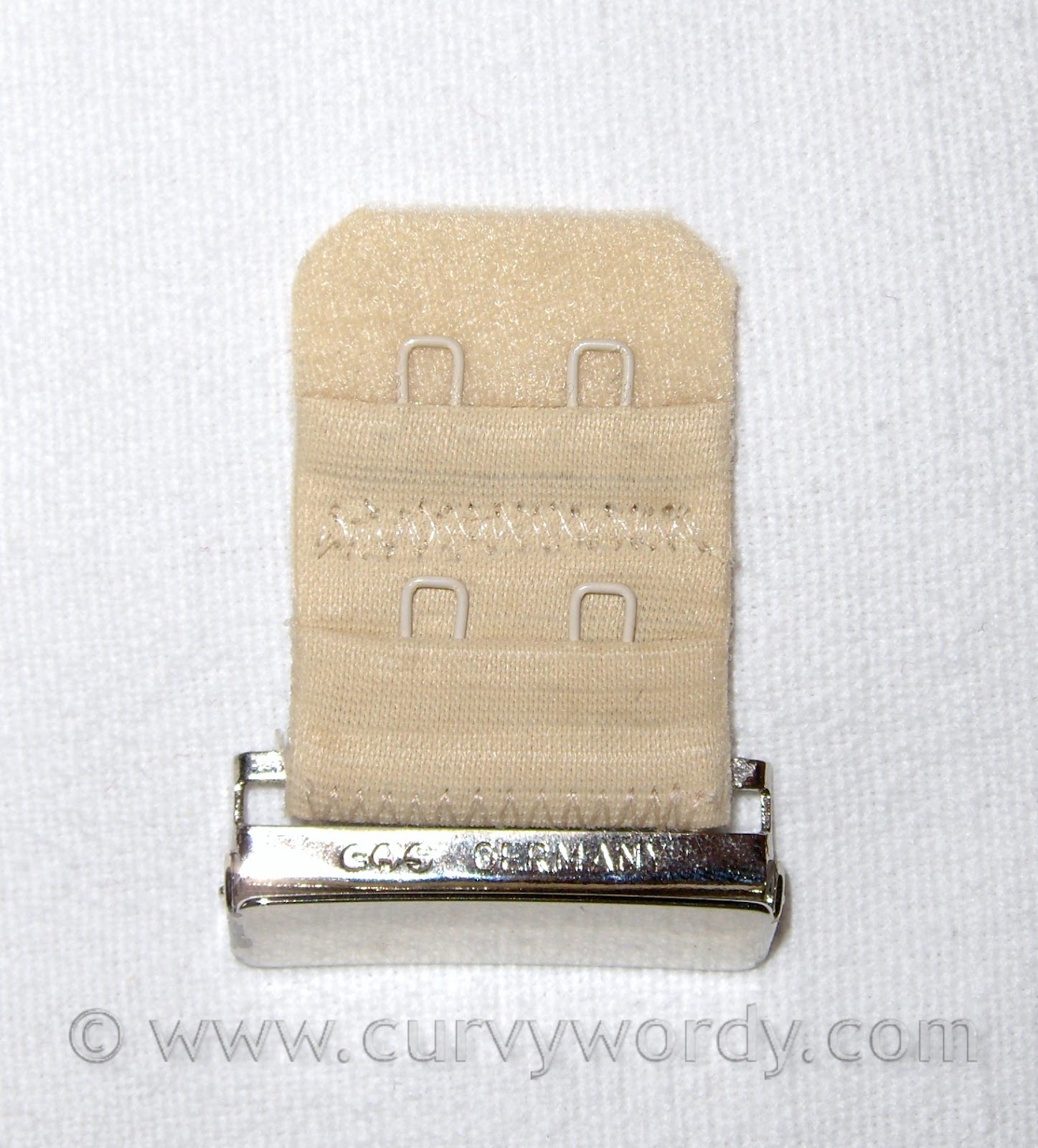 So it’s basically the eye section of a bra band sewn on to a special metal clip.  It comes with a little card explaining how to use the Rixie Clip (although I must admit that I missed this at first and so spent some time trying to work out which way round it went!).

Bring on my CHP Kurczak: 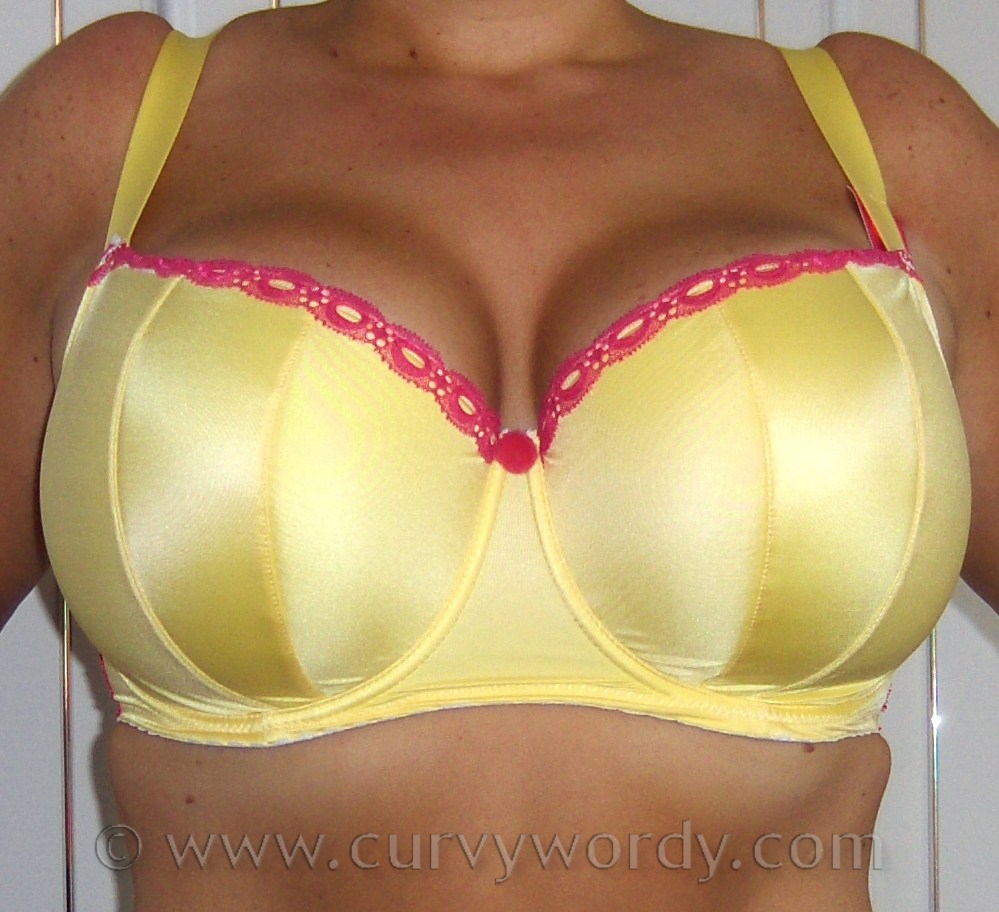 I LOVE this bra.  It’s just a pity that it’s a bit too small in the cups for me and the band is a little loose (I am wearing it on the tightest hooks in this pic).  Thankfully, the Rixie Clip should help me solve the problem with the band – what an exciting prospect!

So, I had a go at ‘installing’ the Rixie Clip to the CHP Kurczak band. 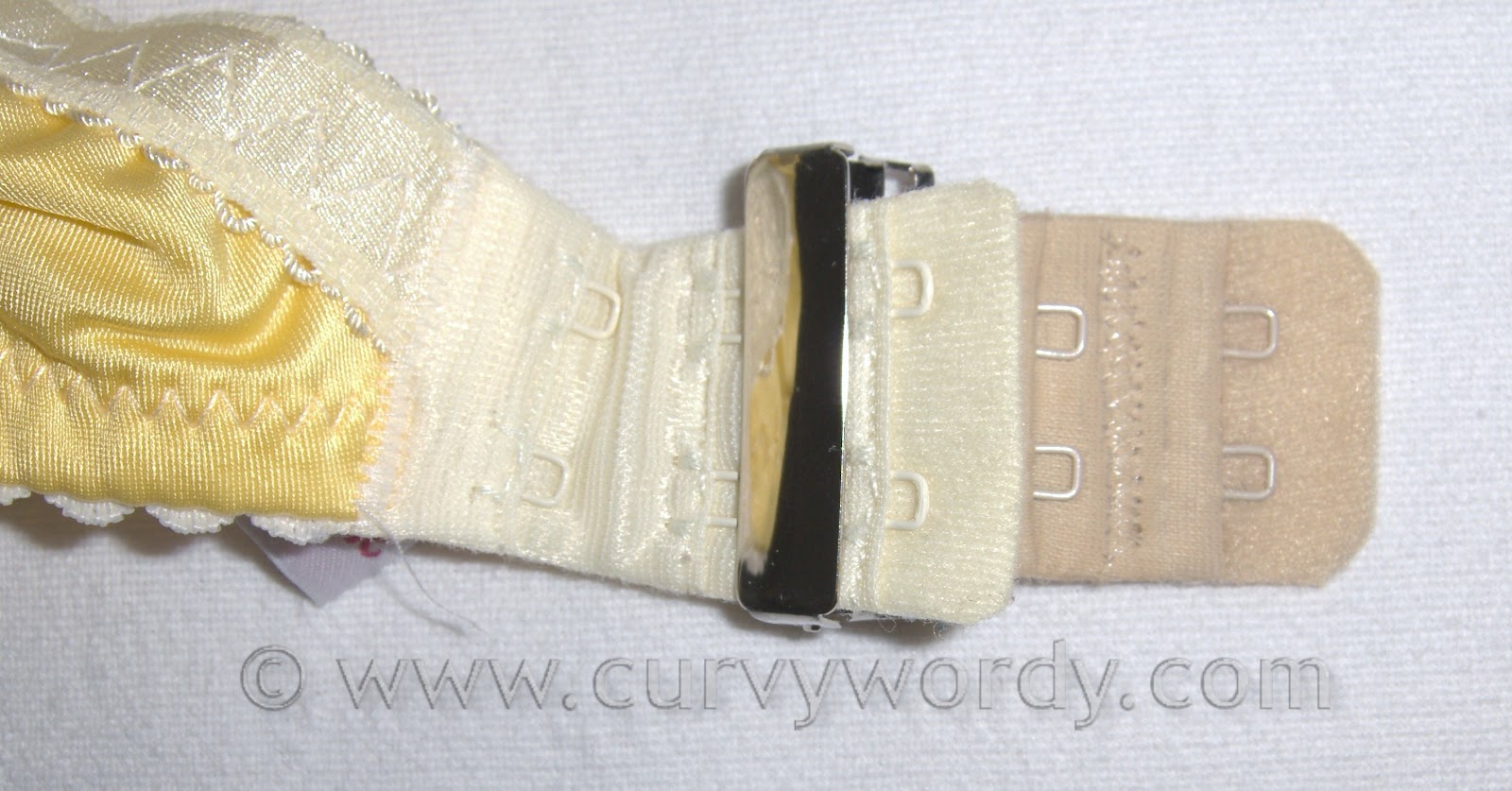 The first thing to bear in mind is that the new eyes need to be sitting ON TOP of the original eyes – something I got wrong the first time I tried!

Then I found the instruction card, which explained the following:

‘Open Rixie Clip halfway making a T-shape.  Making sure the Rixie Clip band is facing same side up and direction of existing band, slide between flat bar and teeth of Rixie Clip.  Move to desired setting, close Rixie Clip tightly and use as you would existing band, only with a more personalised and tighter custom fit!’

Being a bear of little brain, this still didn’t make things much clearer to me, so instead I fiddled about with the clip and my bra band until I finally did it! 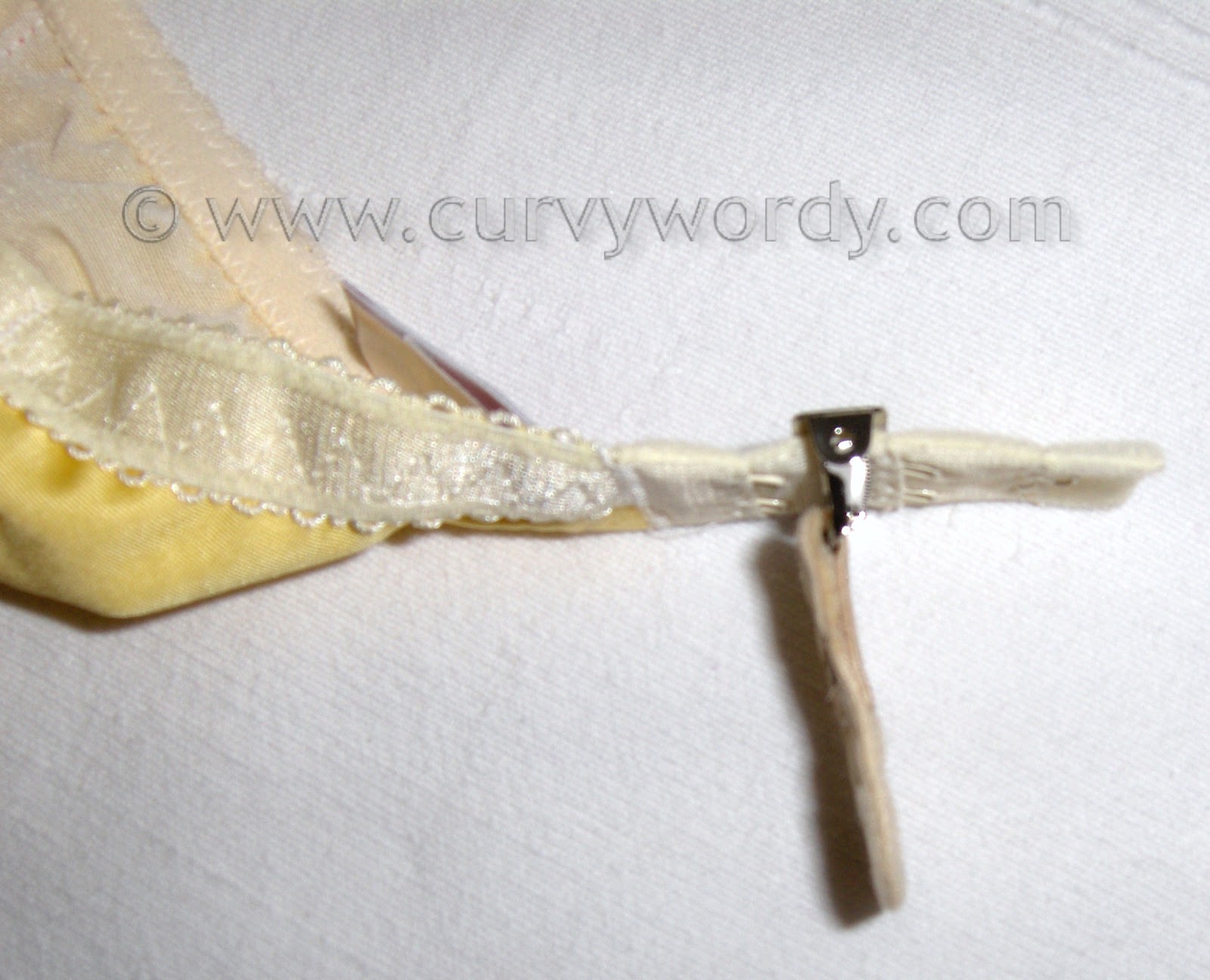 The key was to have the flat, smooth piece of metal on the back of the band. 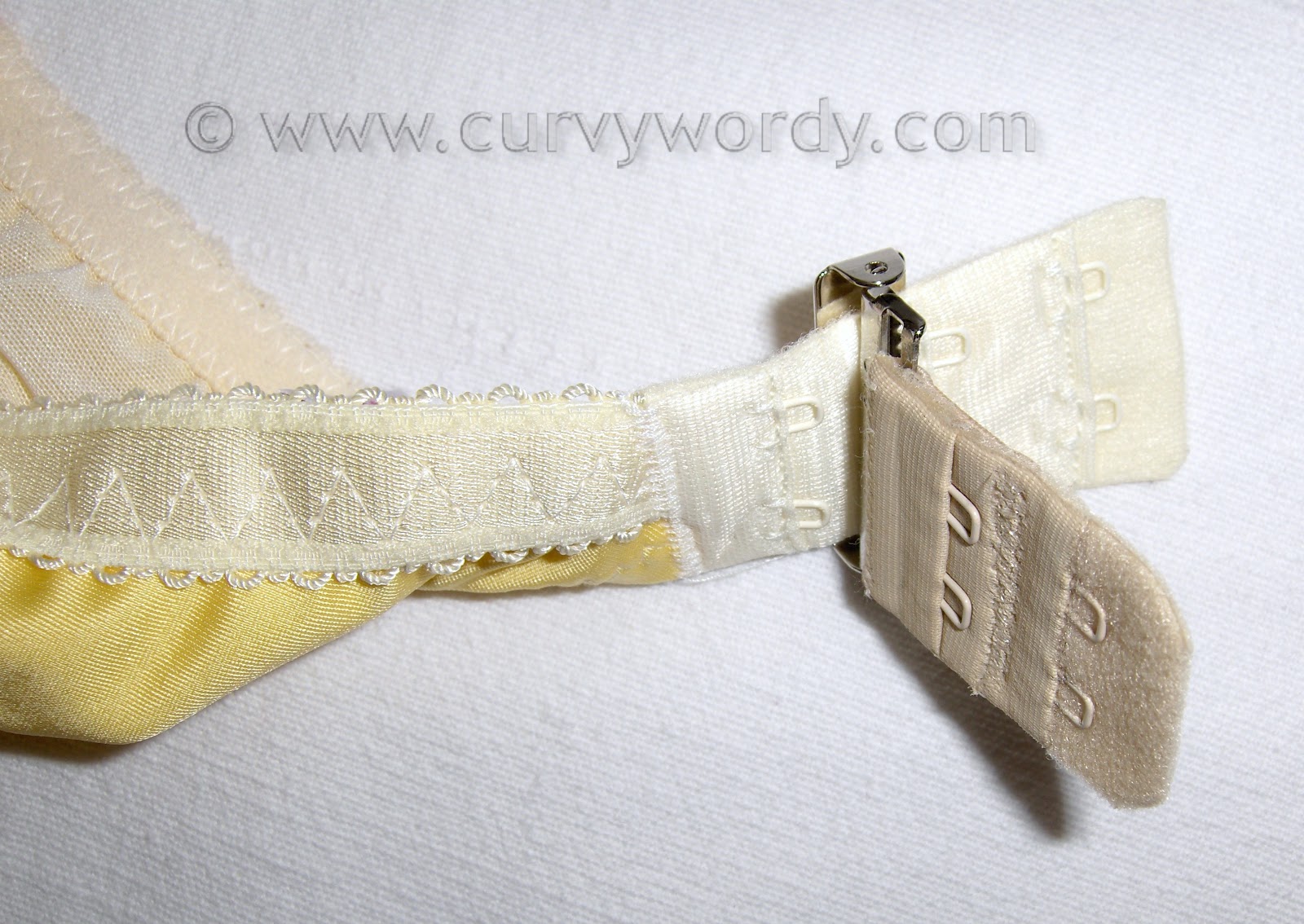 Great!  Now to move the Rixie Clip into position… 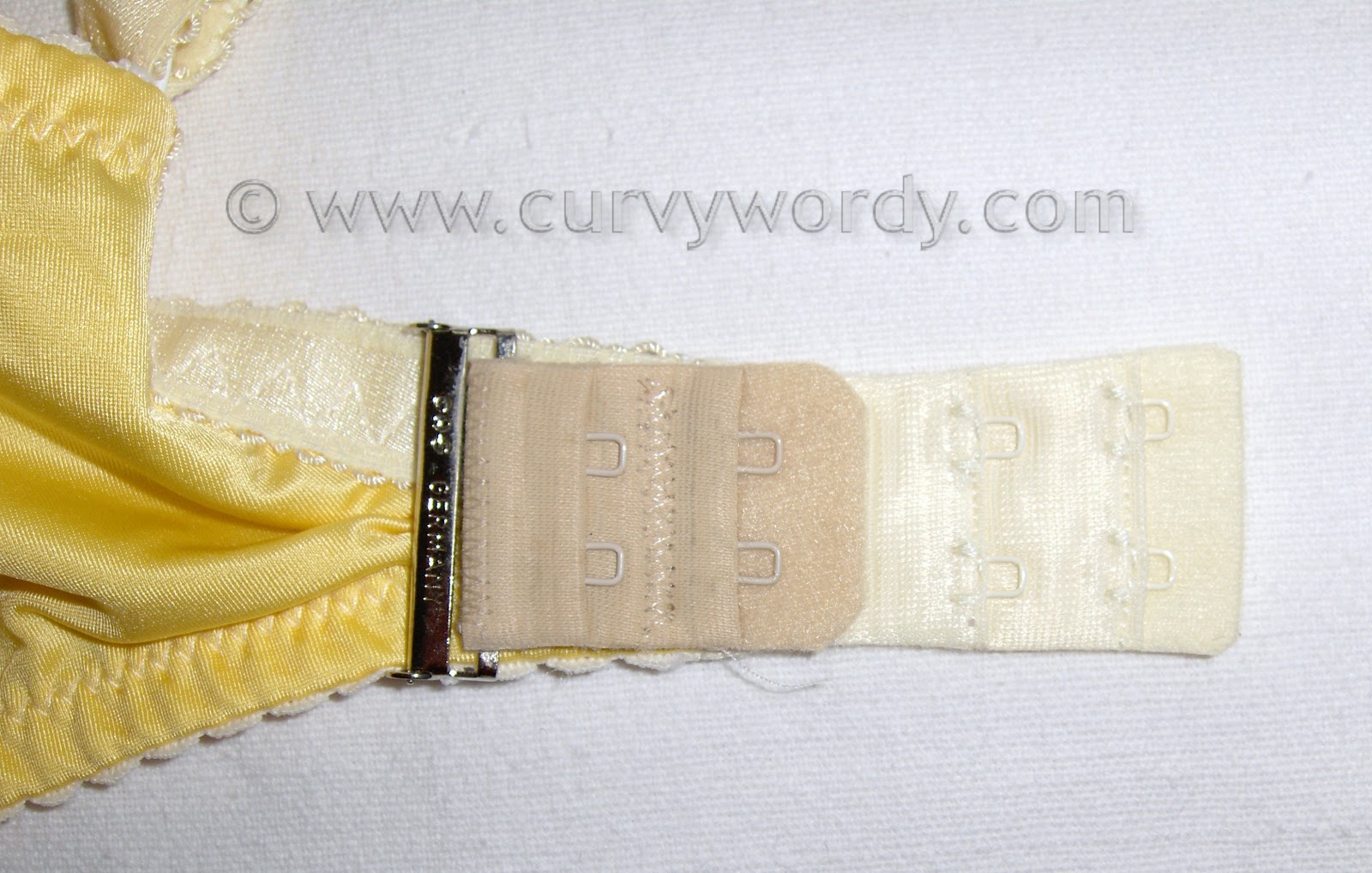 You can see in the picture above that the loosest eyes on Rixie Clip sit about where the tightest eyes are on my CHP Kurczak bra band, but the tighter eyes could make all the difference with how the band fits. 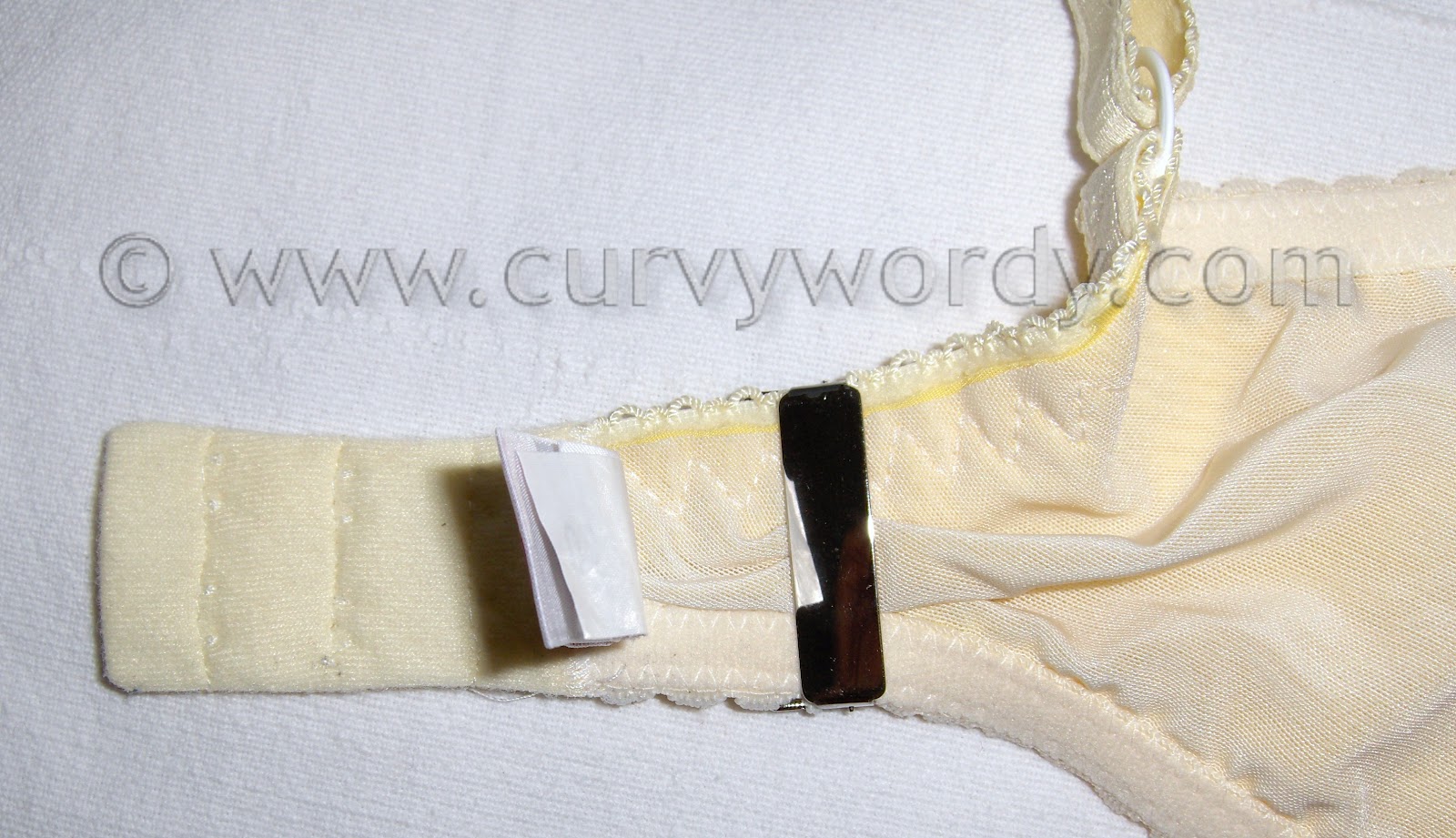 Unfortunately my CHP Kurczak band isn’t very long at only 32/70, so there wasn’t an awful lot of room for the Rixie Clip to move along.  However, I tried my best and ended up having to bunch up some of the fabric in order to get it to a tighter position. 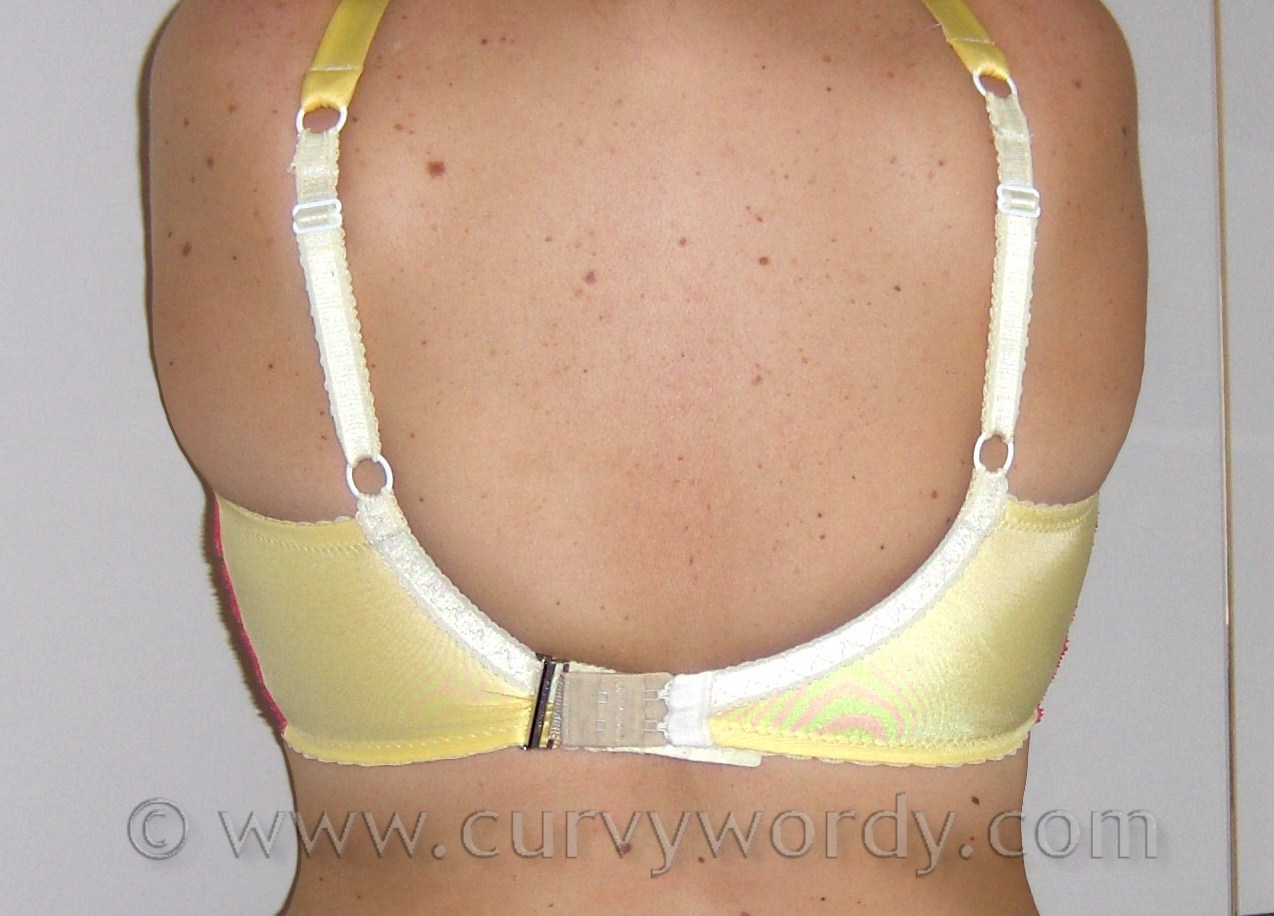 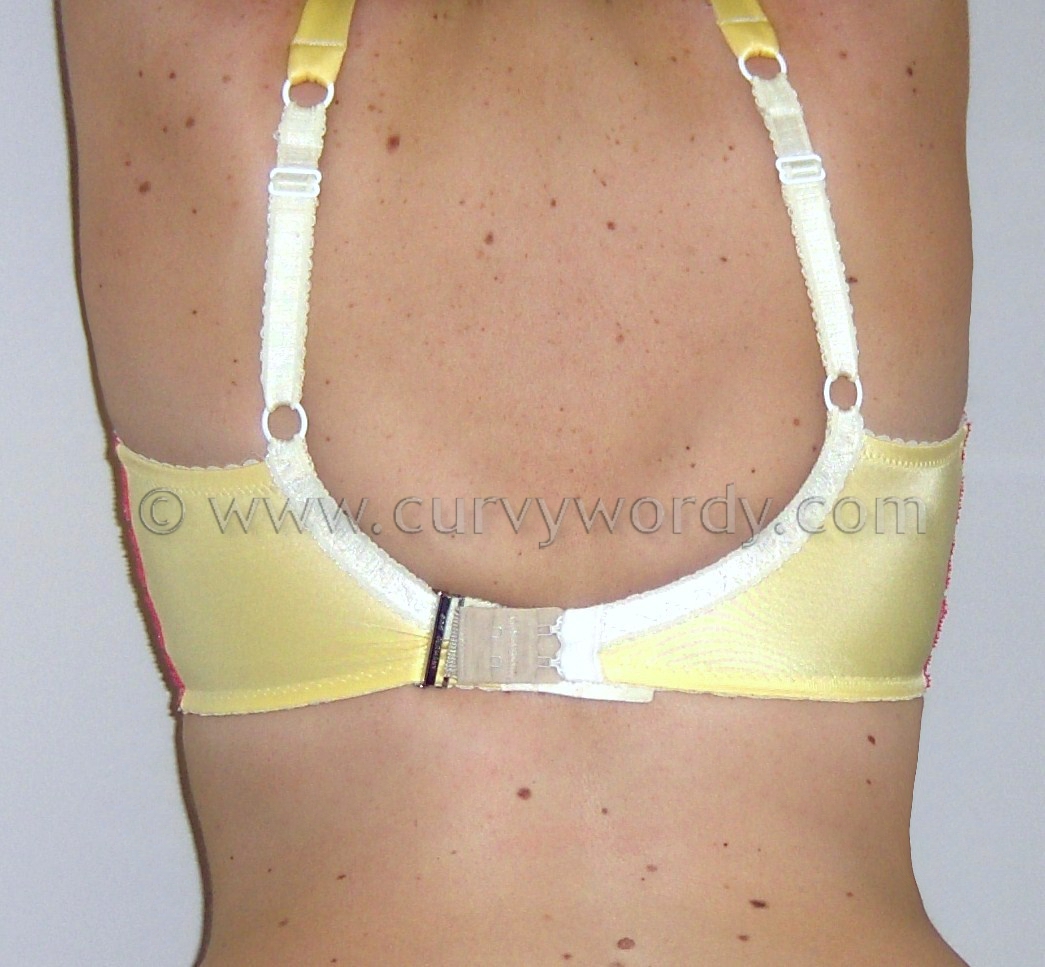 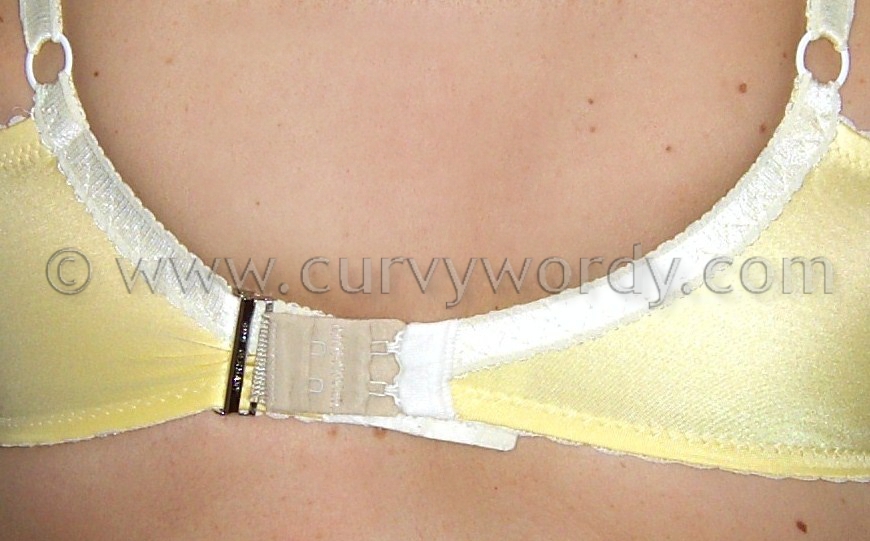 It worked pretty well!  Once I connected the hooks to the eyes of the Rixie Clip, I didn’t even notice it was there.  I had wondered if I might notice the metal against my skin but I really didn’t.  It did make the positioning of the bra slightly off-centre at the back, but again this wasn’t something I noticed with wear.

Personally I can’t wait until they release the 3 hook closure Rixie Clip as the vast majority of my bras are 3 hooks.

The Rixie Clip can be used to personalise each bra band’s fit, so if you are between band sizes this could be a great solution for you!  It would also work as a bra band extender as you can clip it in place wherever you like along the band.

Another great feature of the Rixie Clip is that you can take it off one bra and put it on another…although being lazy I think I would buy several of these and keep them in place on each bra as I am sure they would withstand handwashing.

I think Rixie Clip is a great invention.  Of course, nothing can solve the problem of a loose band better than getting properly fitted into the correct size band (and cups!), but there are occasions when a gadget such as the Rixie Clip would prove invaluable.

What do you think of the Rixie Clip?  Is it something you’d like to try yourself?  If so, why not contact the company via their Facebook page, or you can go straight ahead and buy Rixie Clip here.