It’s been a little while since I did a lingerie post (and I know some readers have been missing them!) so when the lovely people at Panache got in touch to ask me to review something from their latest collection I was absolutely over the moon!

In the past, when I have tried Panache bras I have ended up feeling disappointed.  The wide wires and shallow cups just didn’t suit me, no matter how much I loved the gorgeous designs.


However, a few months back I tried the Cleo Chloe and Alexa bras in 32J and I fell in love!  Seriously – the Chloe in particular was threatening to rival my beloved Ewa Michalaks!!  I’d heard that Cleo wires were significantly narrower and the cups deeper than regular Panache bras and I found this was absolutely true.  The bras were wonderful and gave such amazing shape, uplift and support, especially for unpadded bras.

Sadly, I didn’t keep the Chloe and Alexa I tried – a decision I have regretted ever since.  So when I got the chance to try something from Panache I knew the only line I wanted to choose from was Cleo.


I was advised that the Cleo Zia was the ‘new’ version of the Chloe which had previously suited me so well. Regular readers will know that I am a big fan of polka dots so the Zia was always bound to appeal to me.  I like the colour combination used here – it’s perhaps not the obvious choice for lingerie but I think it works brilliantly.  The Zia is available in sizes 28-38 D-J and the cups come up a little big so I went with the 32J as I hoped the fit would be every bit as good as the Chloe I’d tried a while back. 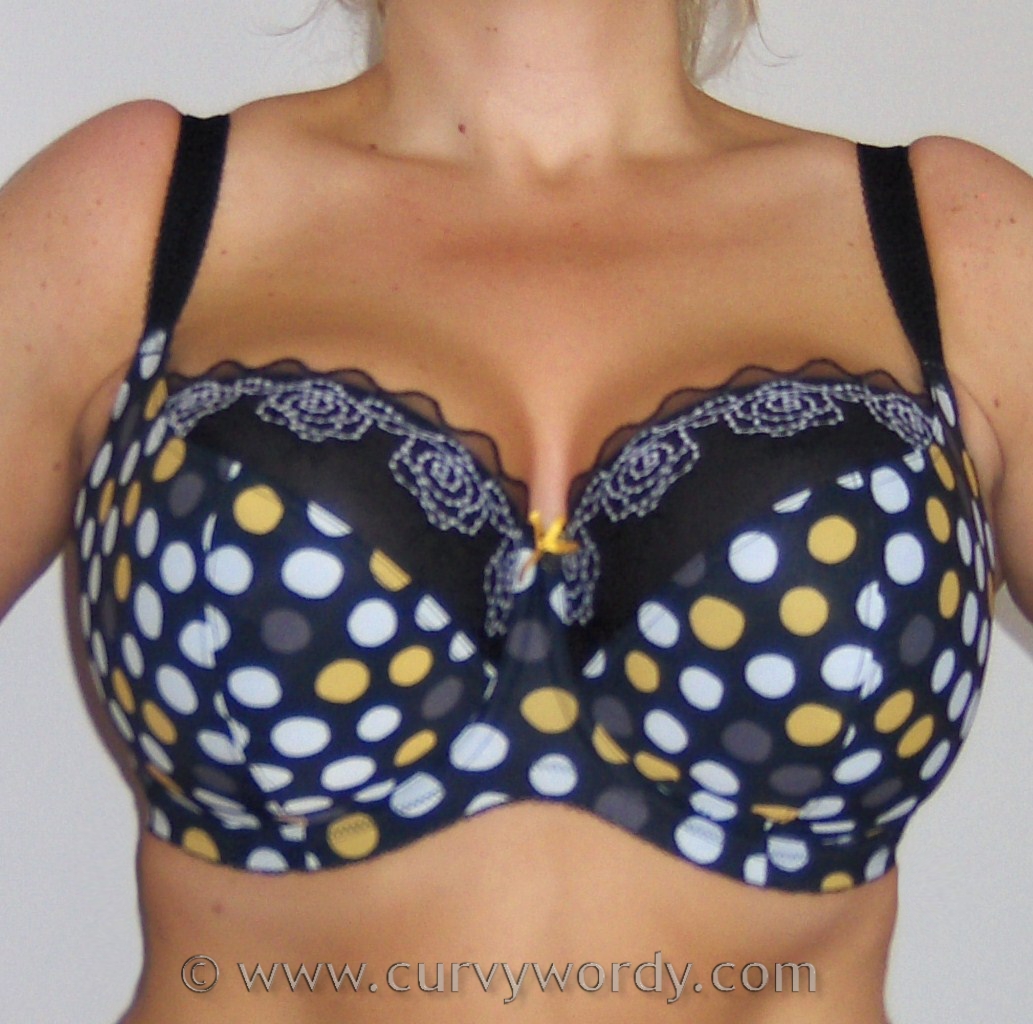 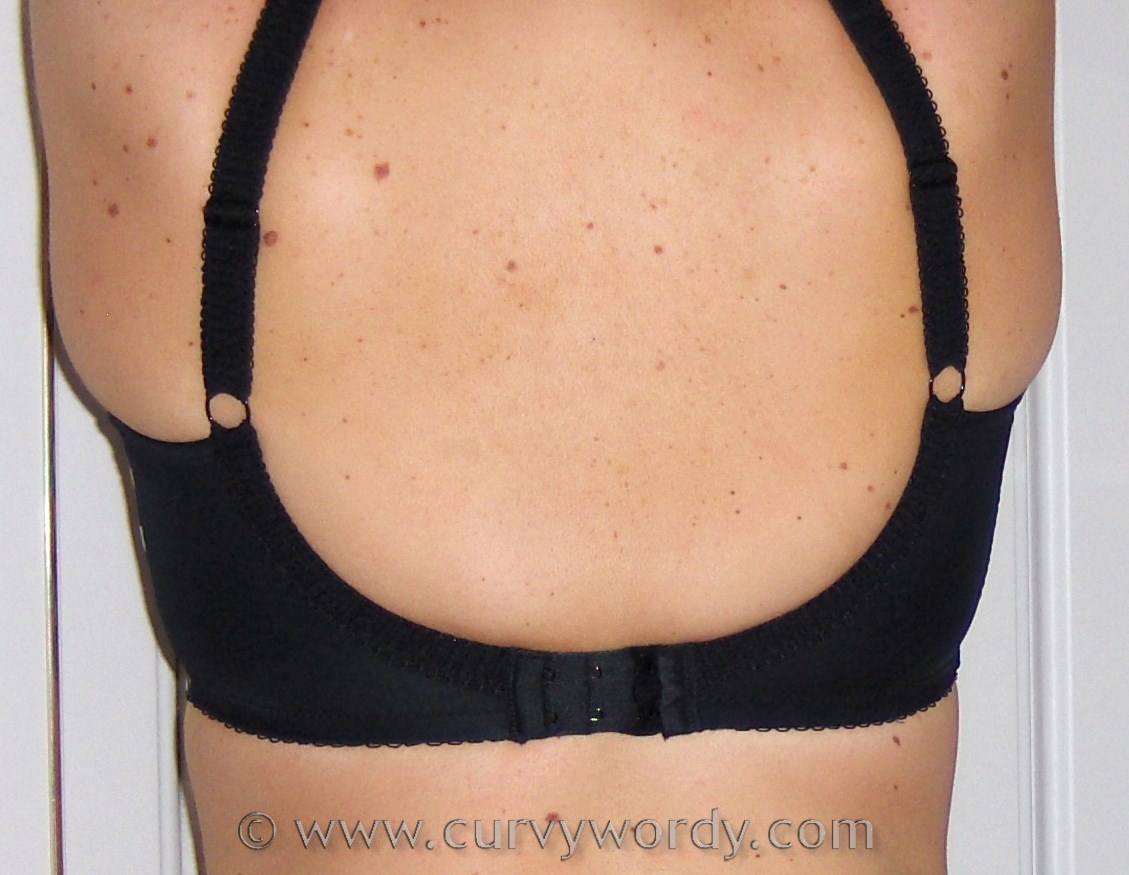 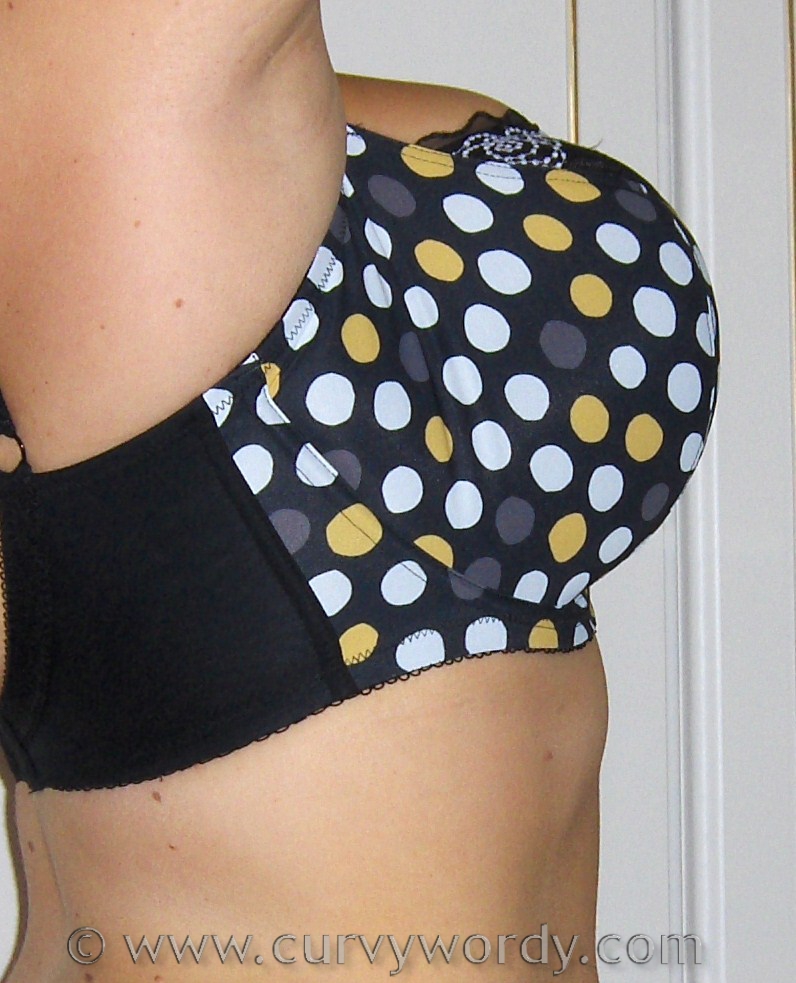 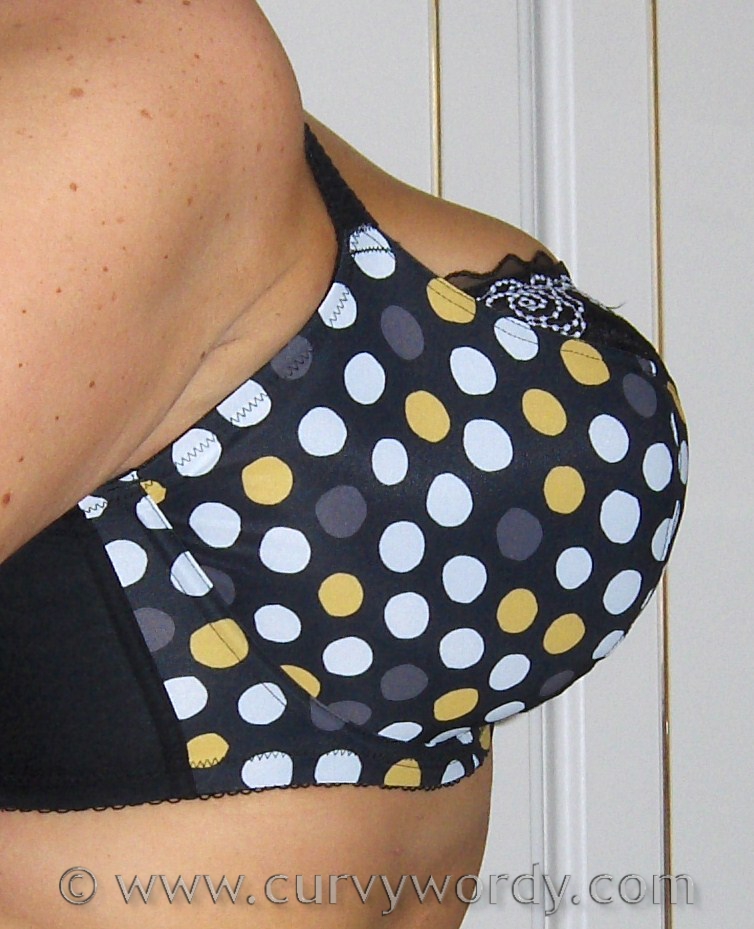 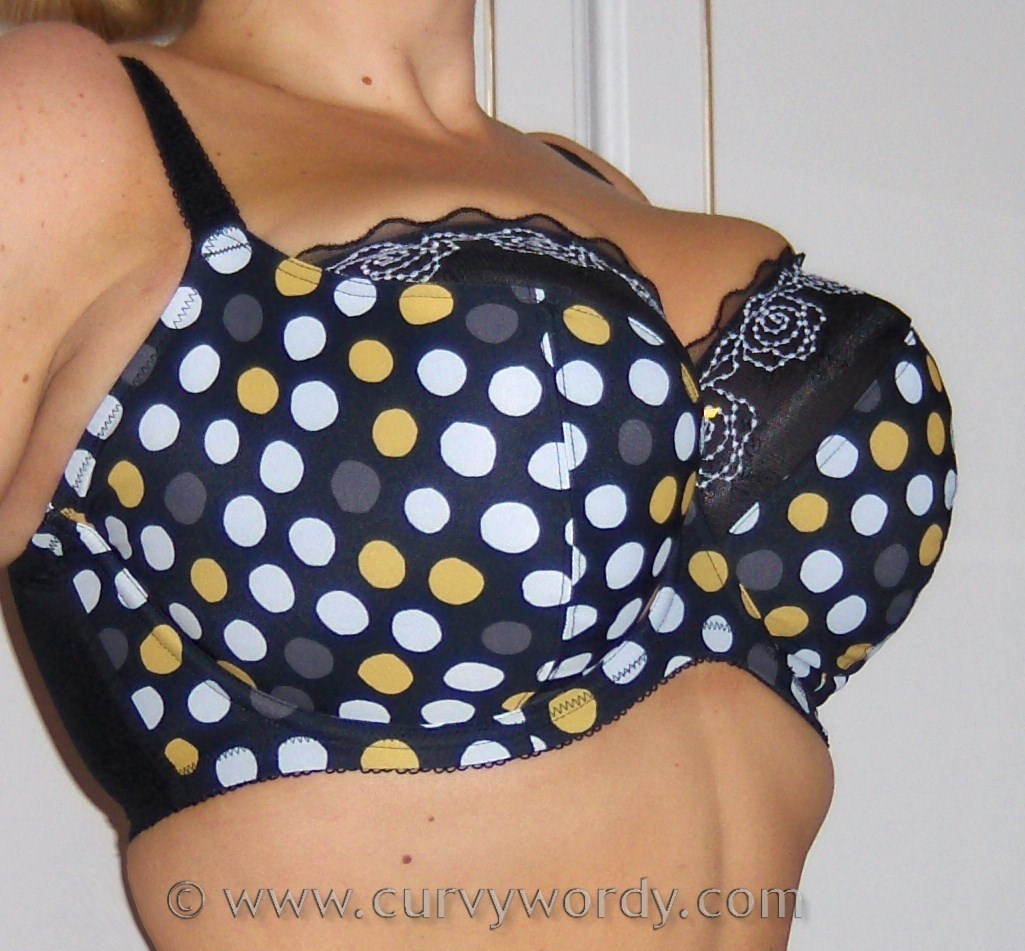 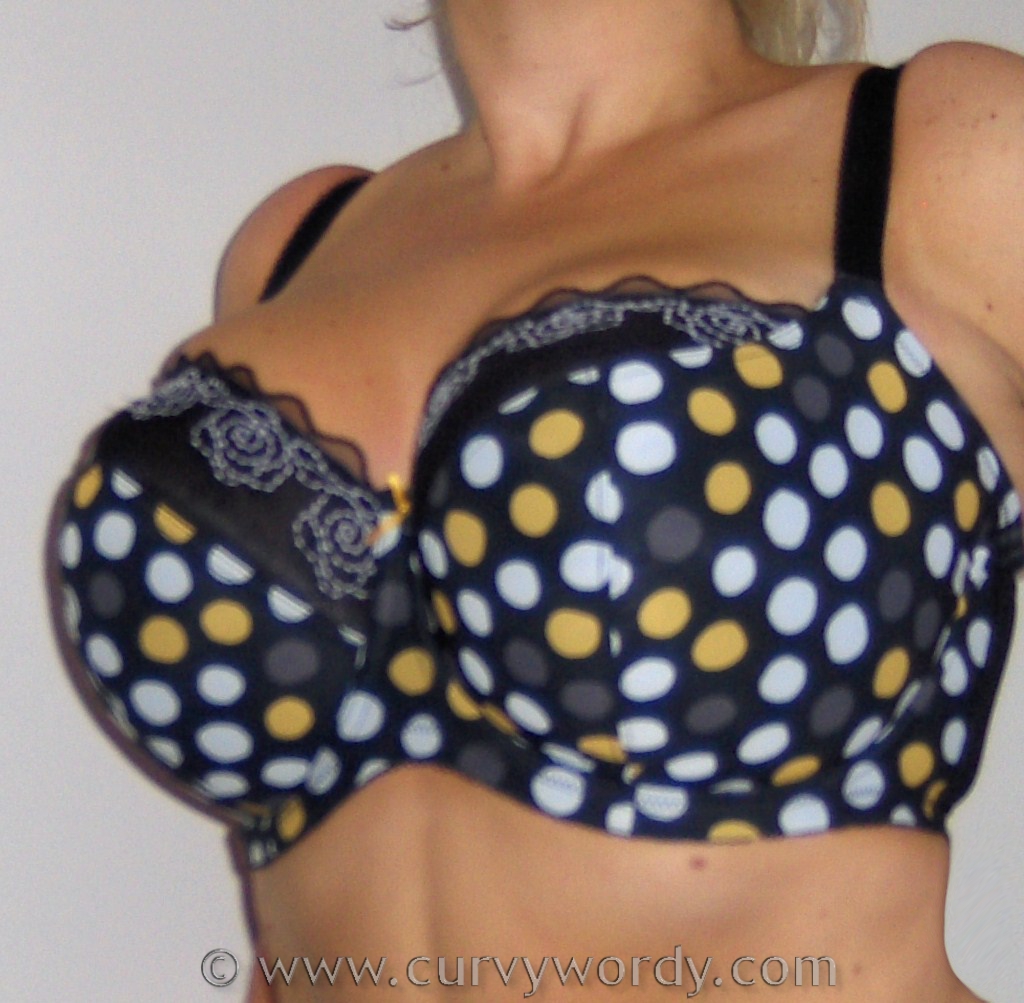 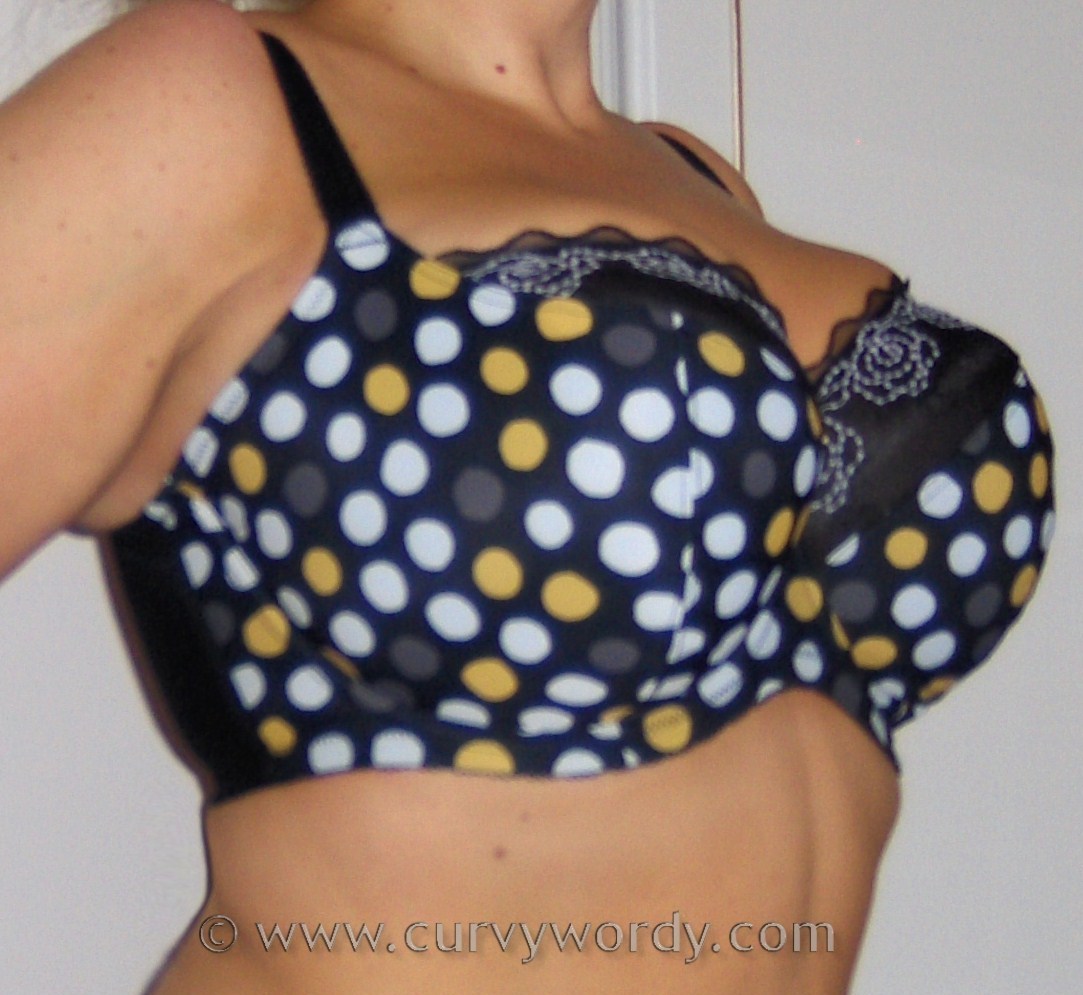 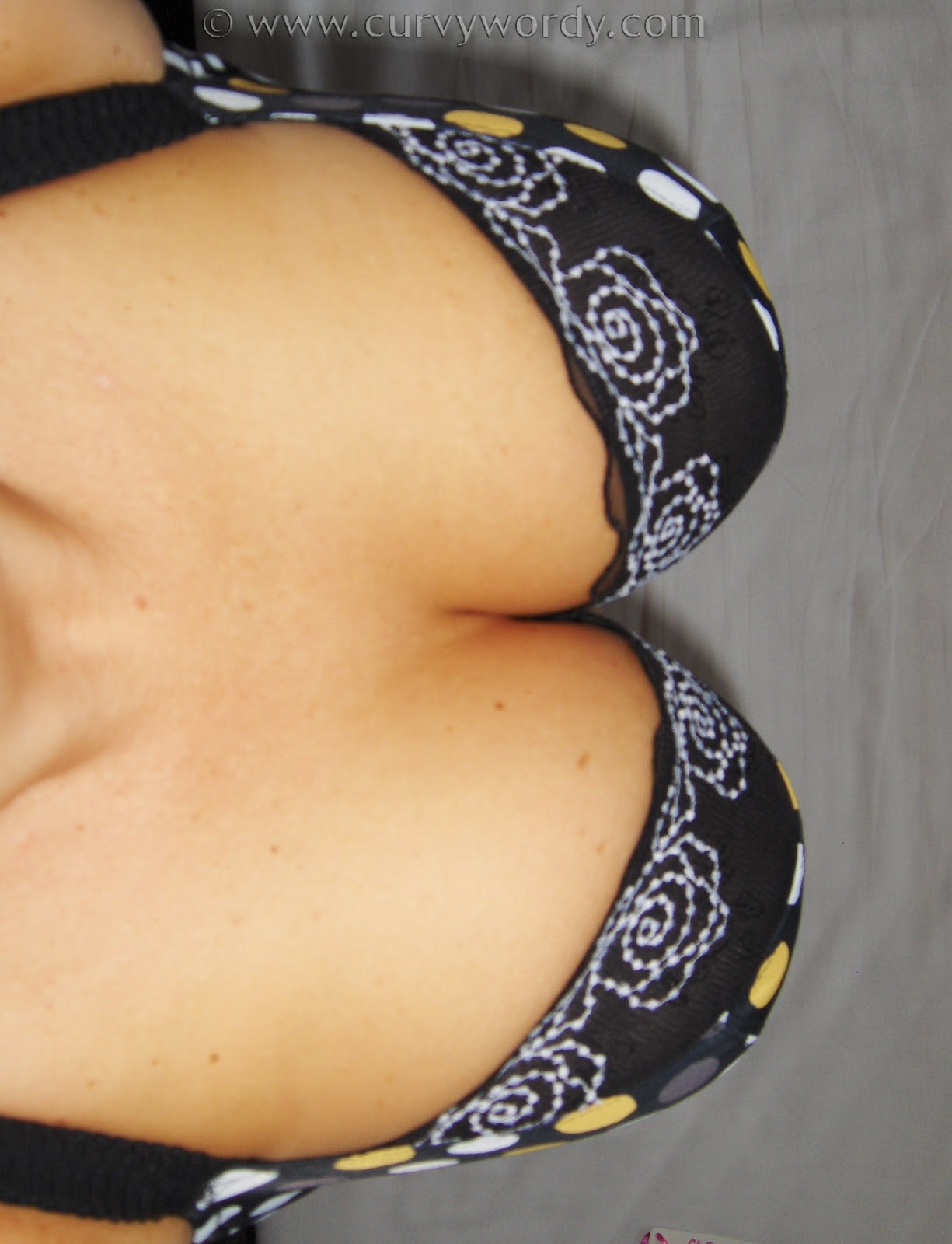 Sadly, as you can see from the photos above, the fit was not what I was hoping for.  It appears that Panache have resized their Cleo bras since last season in order to bring the sizing into line with other brands, thus making the 32J more of a ‘true’ 32J.  I should think that the Cleo Chloe I tried was more like a 32K, so for me this means that the Zia comes up almost two sizes too small in the cup.  Such a shame!

The cups are made from a lovely soft but shiny fabric on the lower halves and sexy embroidered mesh on the tops.  They have quite defined edges, which on me caused significant cutting in, whereas if memory serves the edges on the Chloe were more roomy (and possibly even a bit too big!).

The band fastens with two hooks and eyes and there are three rows so plenty of room for manoeuvre as the band stretches out.  I found the band a good fit, which is interesting as I wear 30/65s in Ewa Michalak.

The straps are delightfully simple – they have limited stretch and benefit from a ladder-like embellishment to ensure the adjusters stay put and don’t slip out of place.  They appear to be fully adjustable, although the front half of the straps have a felted back for extra comfort so it may be that a little force is required to get the adjusters onto this section if you need to make the straps significantly shorter.

I absolutely adore the yellow ribbon and cute little metal rose pendant on the central gore – such fabulous attention to detail! 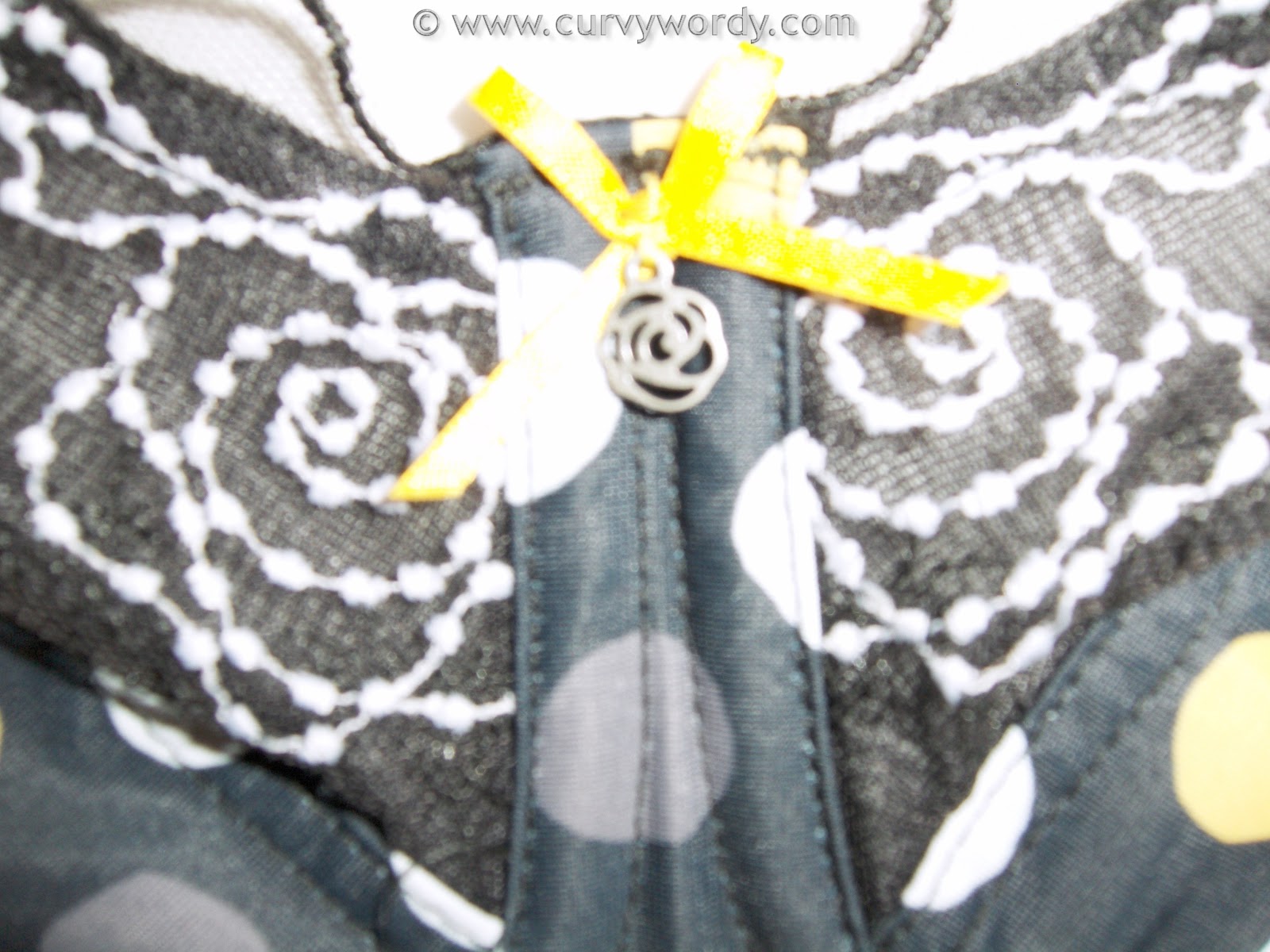 I love how the wires on Cleo bras are not too wide.  They sit in exactly the right position for me, encasing my boob tissue without cutting in.  I also love the depth of the cups, which cause my boobs to be held at the front of my body as they are naturally without a bra.  I just wish the cups were a little bit bigger, and then the Zia would fit perfectly! 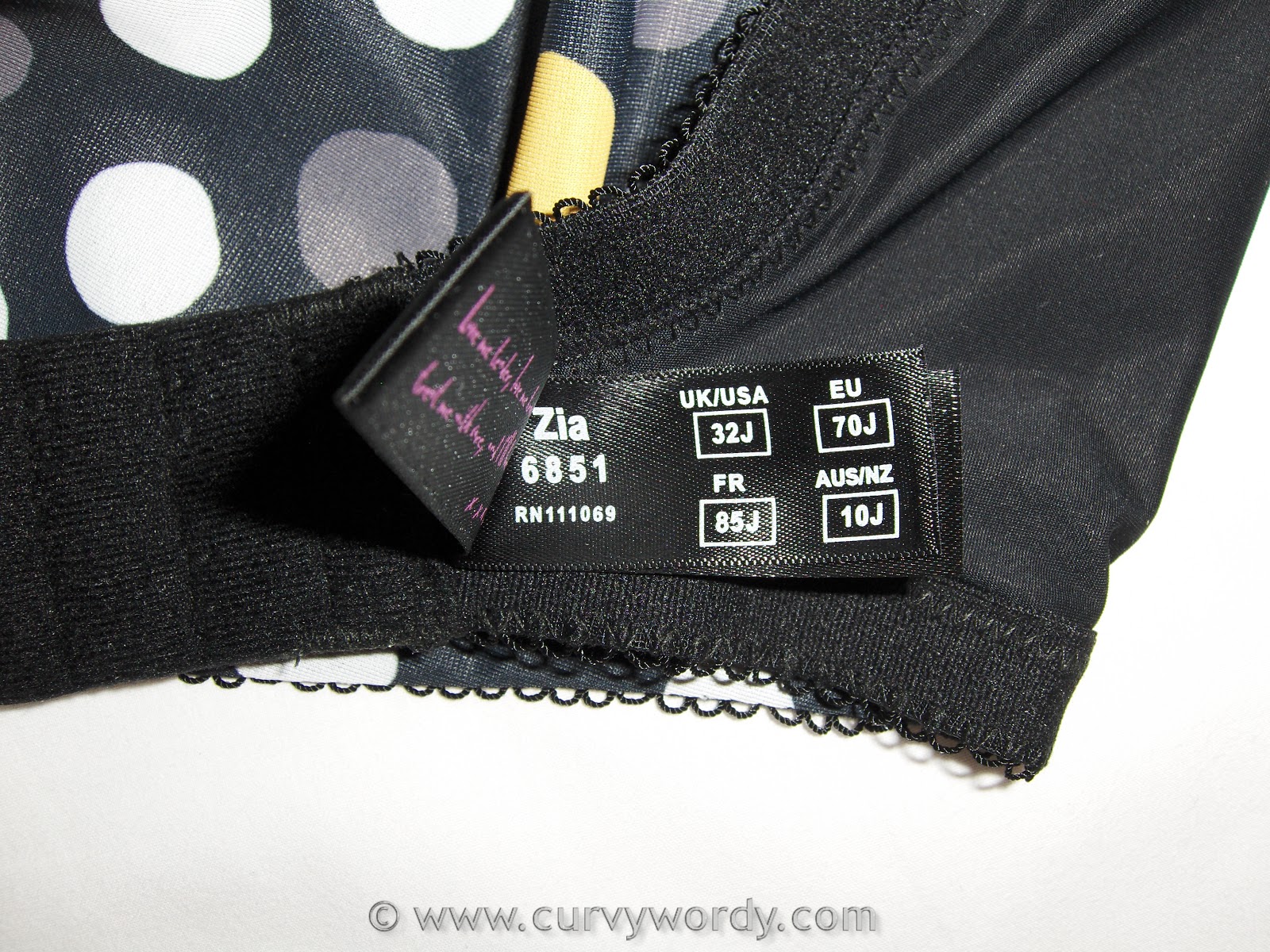 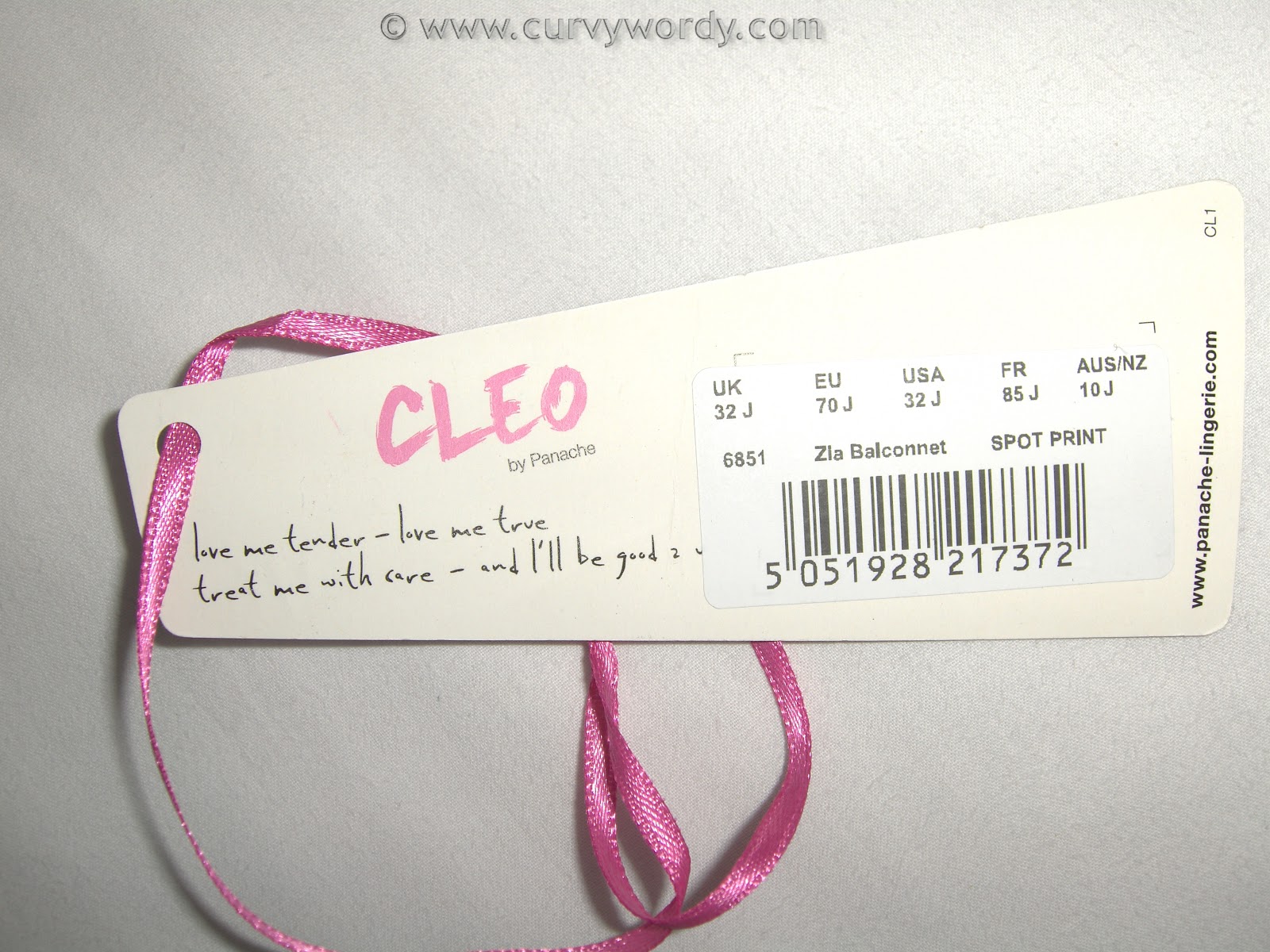 Despite the fact the Zia has ended up being too small for me in the cups, you can see from the photos the amazing shape, uplift and support Cleo bras give.  I am seriously impressed with the engineering from Panache as it’s no mean feat to hold up boobs as heavy and front-facing as mine.

So, this may not be a traditional success story but it has inspired me to try to find Cleo Chloe and Alexa in 32J to see if the fit is just as good as I remember.  And if they are…well, I might just have to petition Panache to make their Cleo range up to a JJ or even K cup.  Who’s with me?