I’m really excited about this post – it’s the first ever guest post to appear on CurvyWordy! Written by my lovely friend Ruth, it’s a review of the Freya Kelly soft cup non-wired bra.  Read on and enjoy 🙂


A
couple of weeks ago I decided to try a soft cup bra to sleep in as I was becoming fed up with my boobs getting squashed together or squashed
under me when sleeping.  It’d been happening for too long so I decided I was going to rectify it!


After
looking on Leia Lingerie (a fantastic website) I decided on the Freya Kelly.  I have been drawn to leopard print recently, and most other soft cups
seem to be quite plain and boring, so the print and lace together
look nice and different.

I
ordered a band size up from what a normally wear (30GG/H in Freya) and a cup size
smaller, as there were a limited range of sizes available on the site.  I decided that the 30HH would be too
big, so the 32G went into my basket. I
also picked up a Freya Gracie chemise for my mum, which I slightly
regret as I fell in love with it myself!  I definitely need one for when I meet
that someone special as it clung to every curve just right.


A
couple of days later and it arrived; I was impressed with the
delivery as I had thought it would be at least a week, but it was nice and
speedy. 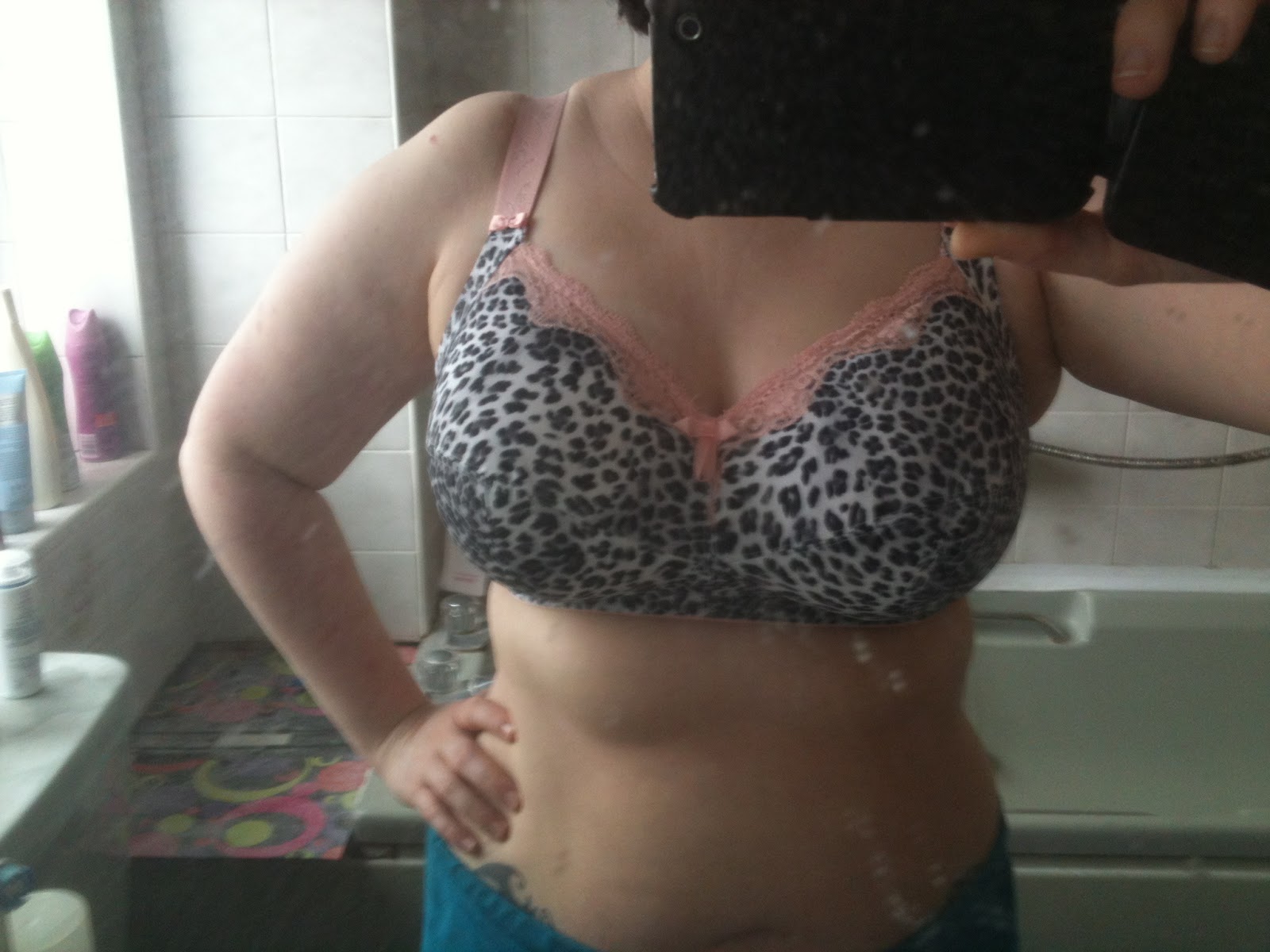 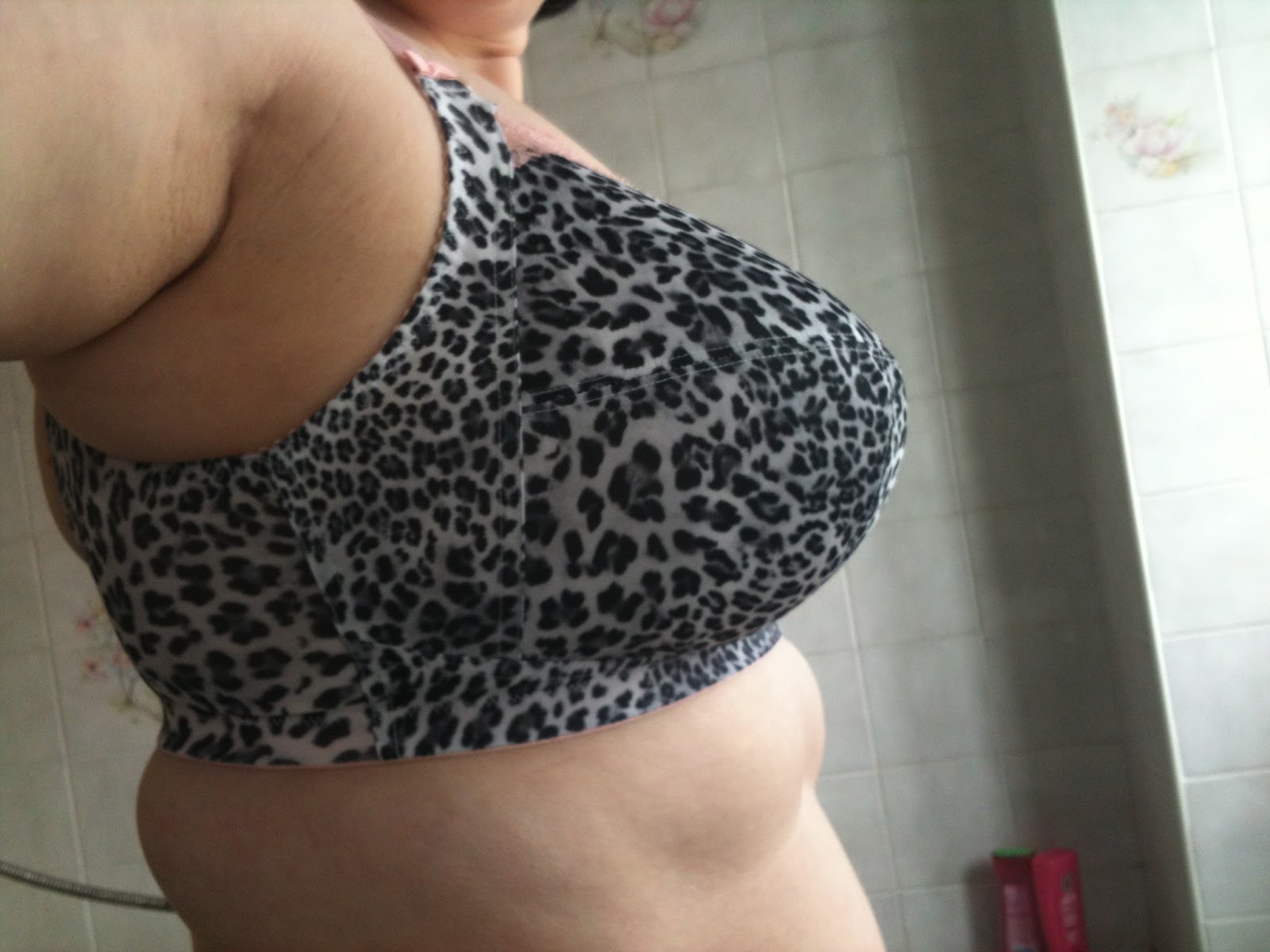 Needless
to say the 32G was perfect – check out that uplift!  I was amazed
at the quality and the bra itself has better uplift that some wired
bras I have tried.  Four sets of three hooks mean this bra could
potentially last me a very long time, allowing for stretching with wearing/washing.  The lace along the top of the cups is not
the softest but it isn’t itchy at all, and the fully extendable
straps are brill.  I also love the fact that the straps are nice and
wide; thin straps always dig in too much on me.


I’ve now owned this bra for a little while and after a week or so of wearing it for sleeping I’m finding it not
as useful as I would have liked it to be.  I find it still ends up
pushing my boobs together when I’m sleeping and I still get quite sweaty
(as awful as that sounds) and because of this I’m getting nasty
scabby spot type things that end up leaving scars 🙁


Despite all this, I firmly believe that this is a fantastic bra.  I can wear it round the house and even to pop to the shop quickly because the shape under
clothes is great, and I find that not having wires is quite nice.  I do still wear
it to sleep as is does hurt less, and I like being supported whilst
being asleep.  That said, I will be looking at other soft cup bras to see if they are
better for what I want sleep-wise; if not I will have to purchase a
Kush.

Thanks so much for this review, Ruth.  It’s really useful to hear someone else’s take on sleep bras and good to know I’m not the only one on this crazy quest!  Let me know if you try the Kush as it sounds like an interesting prospect x