Ewa Michalak recently added several new styles to the site, one of which was the HP Classic – it looked so pretty I could not resist adding it to my order. 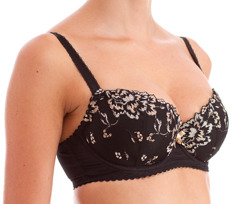 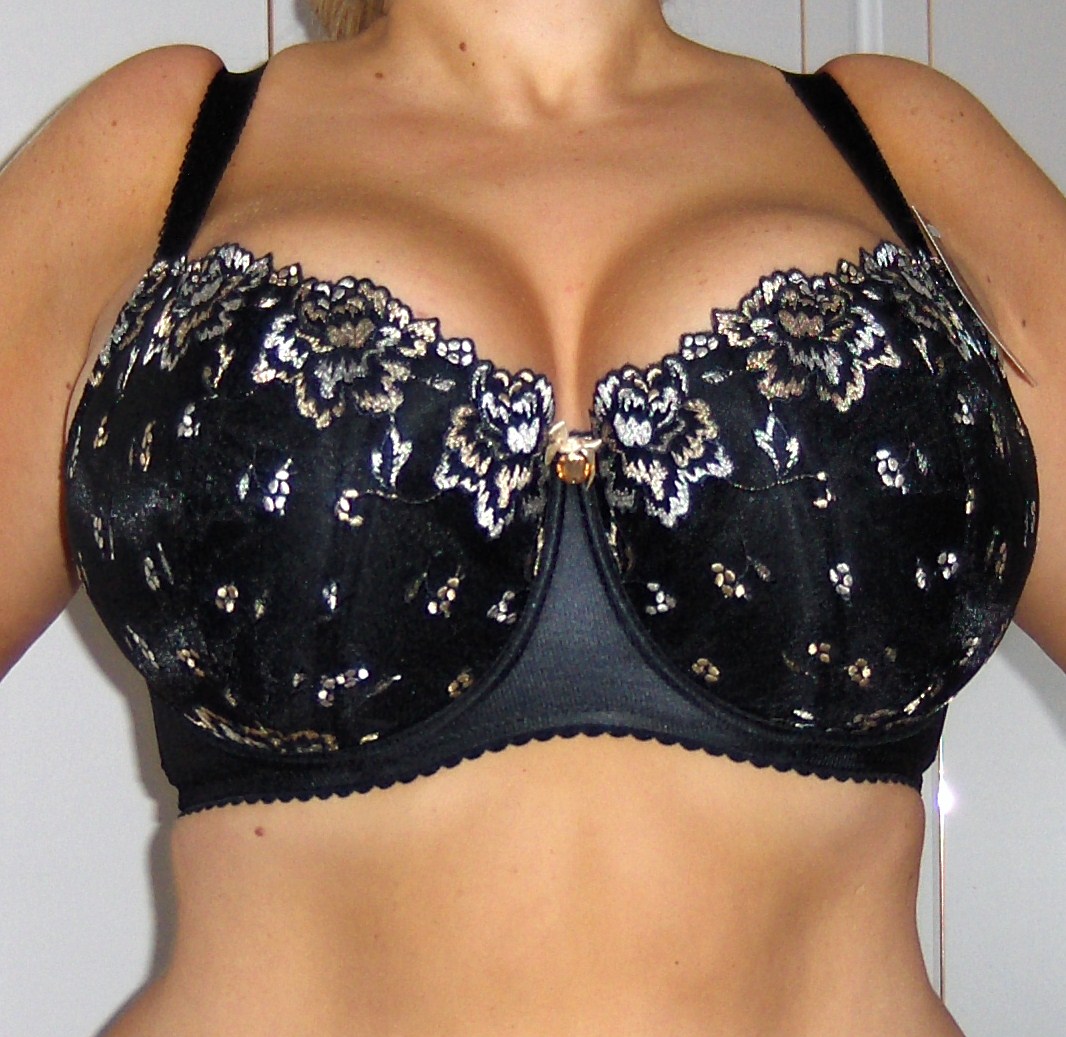 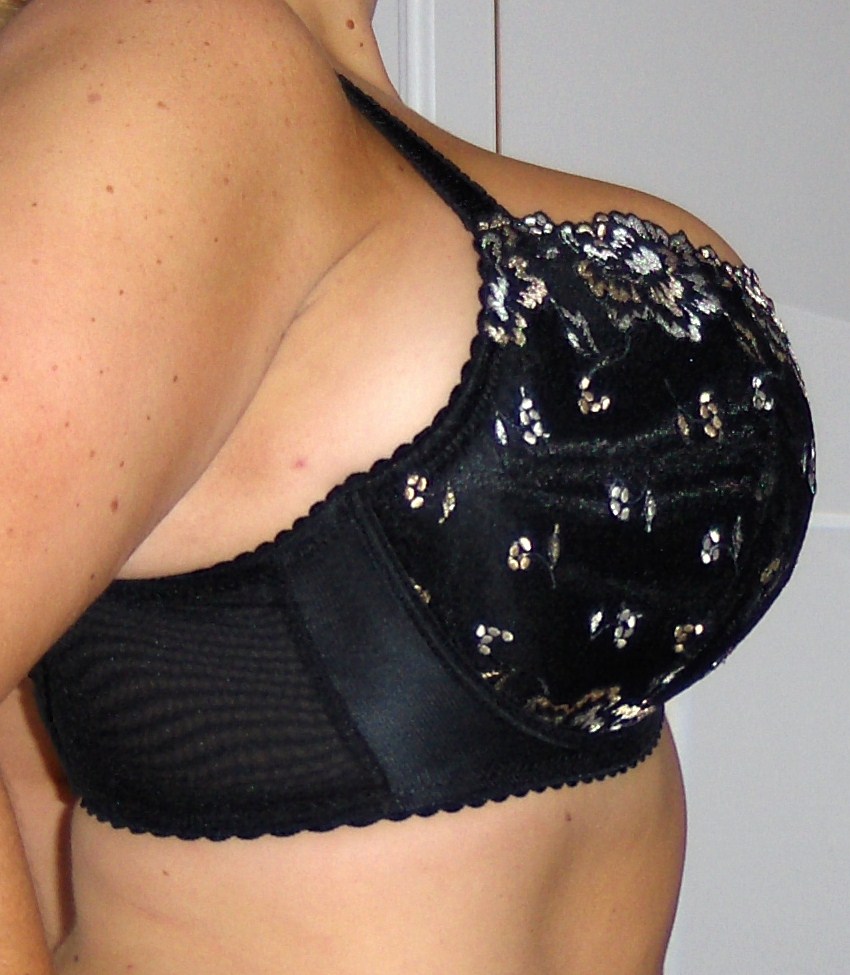 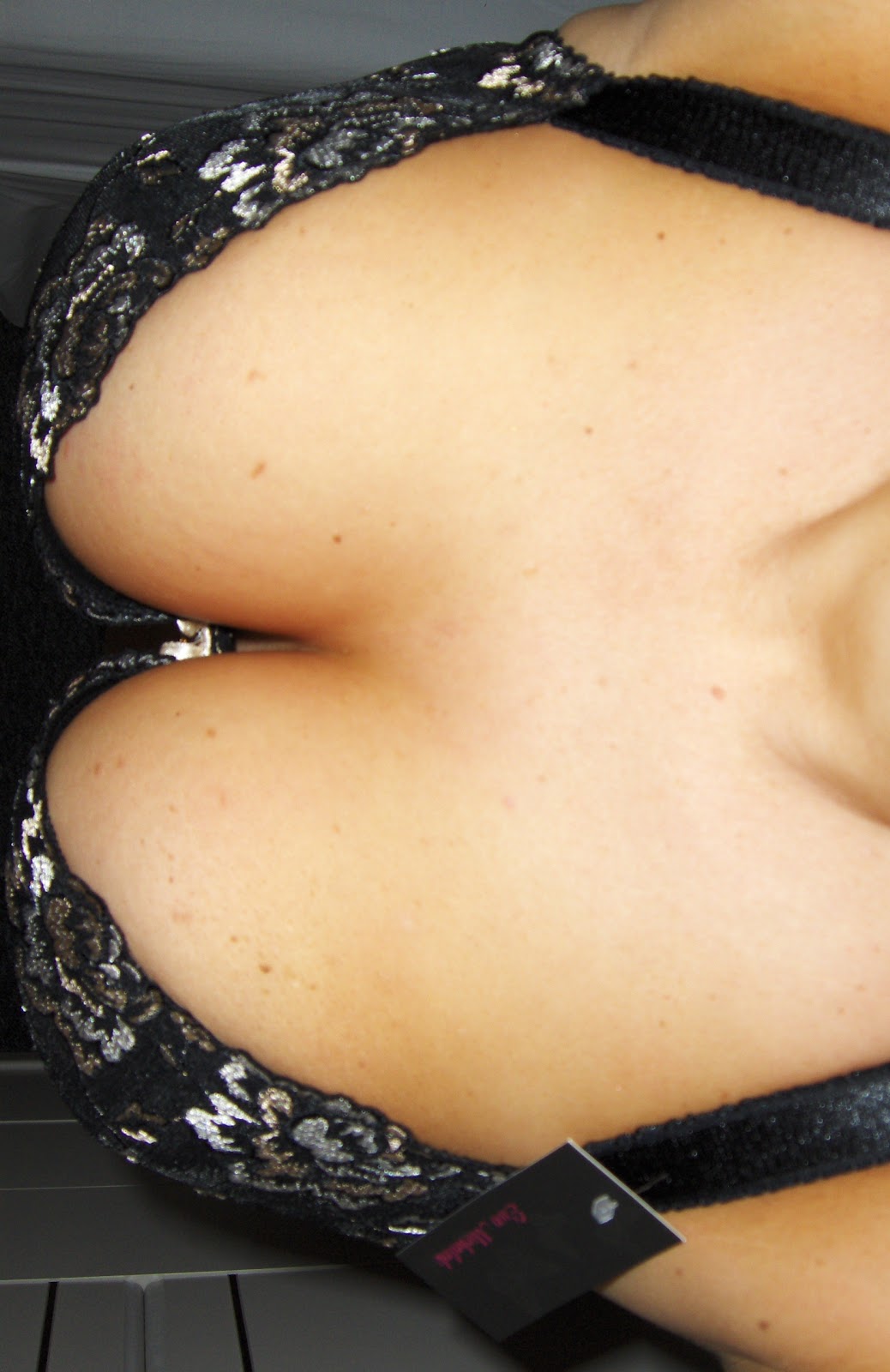 In reality, the bra is absolutely beautiful.  It has padded halfcups which are covered in an intricately embroidered overlay of pale gold and black threads and there is a pretty pale gold bow and jewel on the central gore.

The straps are fully adjustable but feature the dreaded oblong metal connectors to join the straps to the back of the bra and I fear during wear the connectors would turn round and cause the fit of the straps to change.

The central gore is about an inch taller than the PLs I own but it’s not high enough for me to notice too much.  The underwires do not dig in underneath the arms – and this is something I notice with all my Ewa Michalak bras, so great work there!

Unfortunately the HP is a style that is all wrong for me.  It pushes the breasts to the chest and somehow creates a flattening effect, which is something I really don’t want.  My boobs look best when they are pointing to the front, and the PL and CH styles from Ewa Michalak achieve this for me.  The HPs push me together, which looks nice, but the part of my breast which is inside the bra is given a kind of pointy shape which looked very odd under clothing when I quickly tried something over the top.  I think the picture looking down on my breasts shows this issue best.

I am gutted this bra is not available in CH or PL as I definitely would be exchanging it if I could.  It’s a really lovely bra but sadly not for me in this style.