When I placed one of my orders with Ewa Michalak, there were several styles that I picked for everyday wear.  These were of neutral colours and would be great lingerie drawer staples.  However, there were also some styles I ordered just because I loved them, and the PL Czerwona Panterka definitely fell into this category.

For so many years, my lingerie choices had been limited to the pretty but sometimes uninspiring patterns and fabrics of Freya bras.  I have said before that for some time I wore nothing but Millies and Eleanors, and sadly the matching briefs and thongs did not fit me so it had been an absolute age since I’d owned a matching set.  When the world of Ewa Michalak opened up before me, I was like a child in a sweet shop and could not believe the range of beautiful undies suddenly available to me. 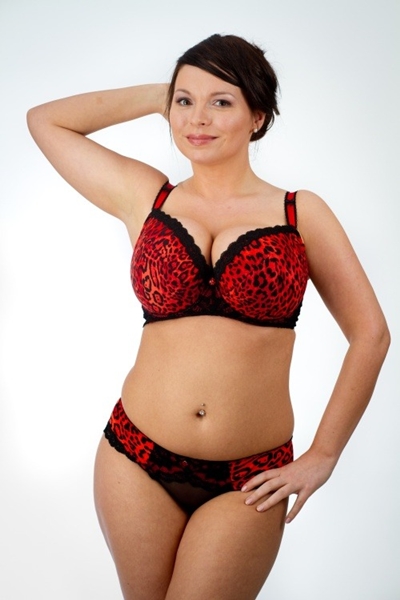 Again, I was pleased to see that it was modelled by one of Ewa’s bustier ladies, and as her bust size at least is not a million miles from mine I get a good idea of what I might look like in this style.  I ordered this in 36J/80J.

As is often the case, I ordered the matching briefs as well as the thong so I have options 😉  Here are pictures of the bra and briefs, with the second picture showing the back of the briefs.  Note the sexy sheer panel on the bottom half of the briefs: 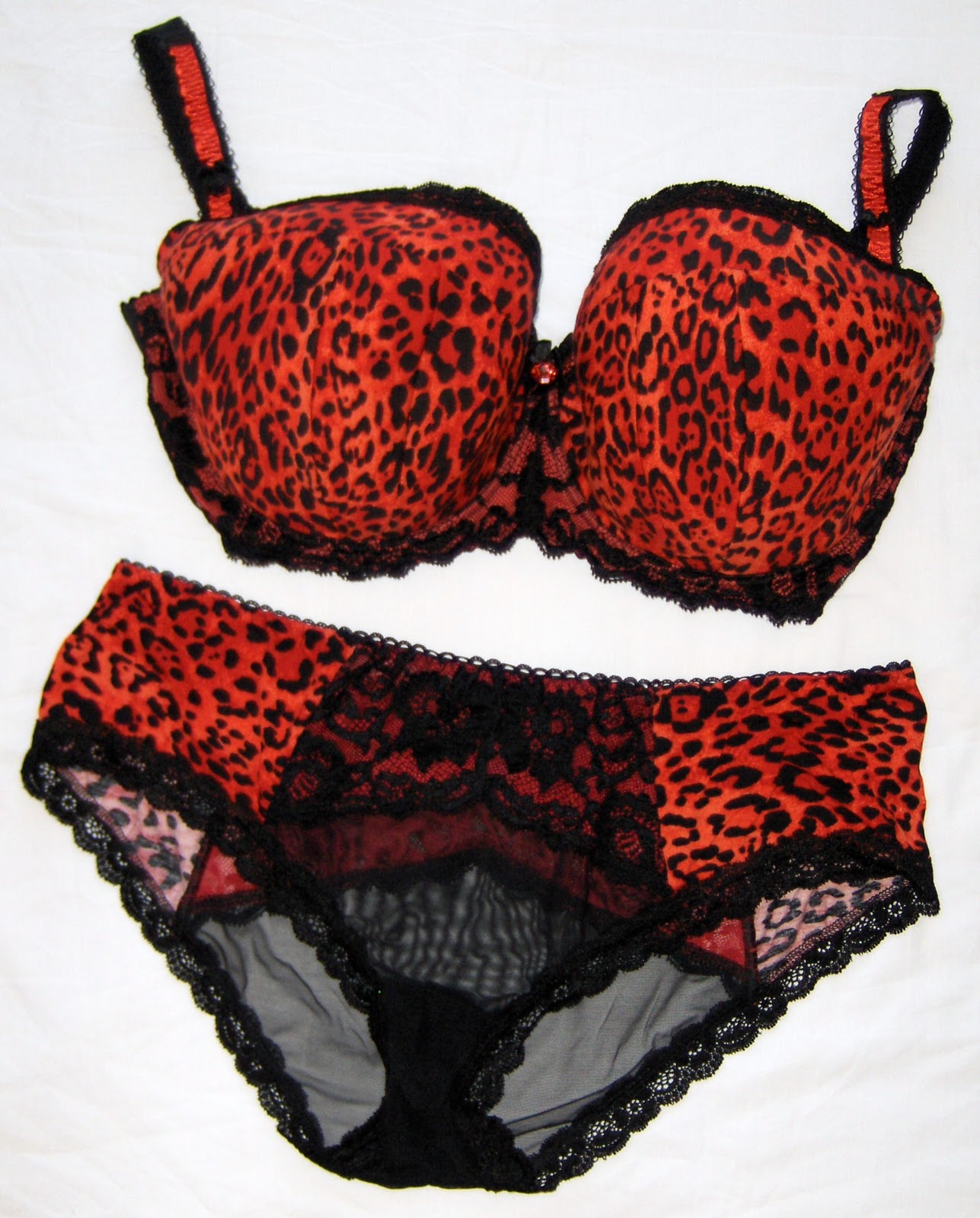 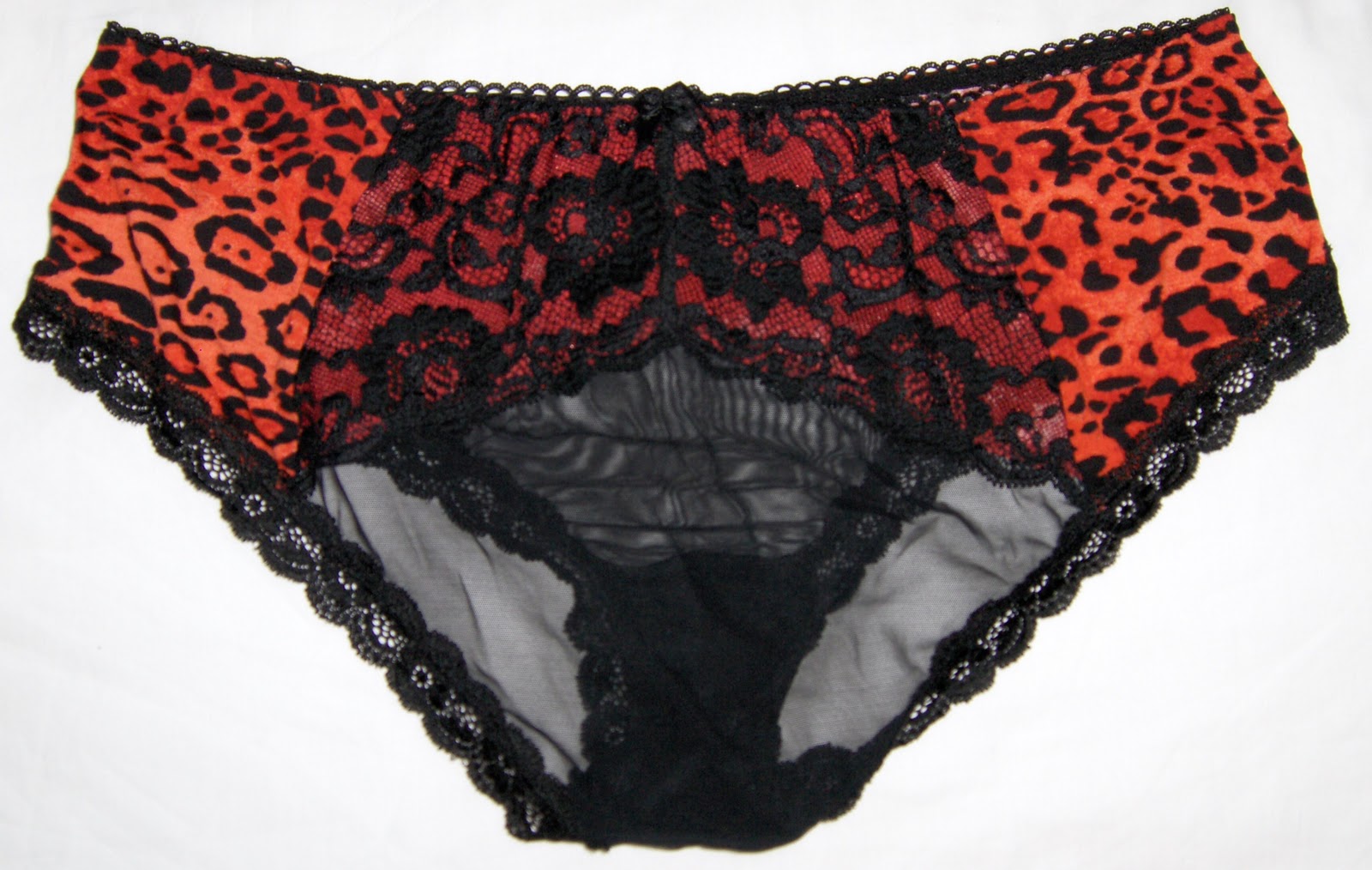 And here are pictures of the bra and thong, which does not have any sheer panels: 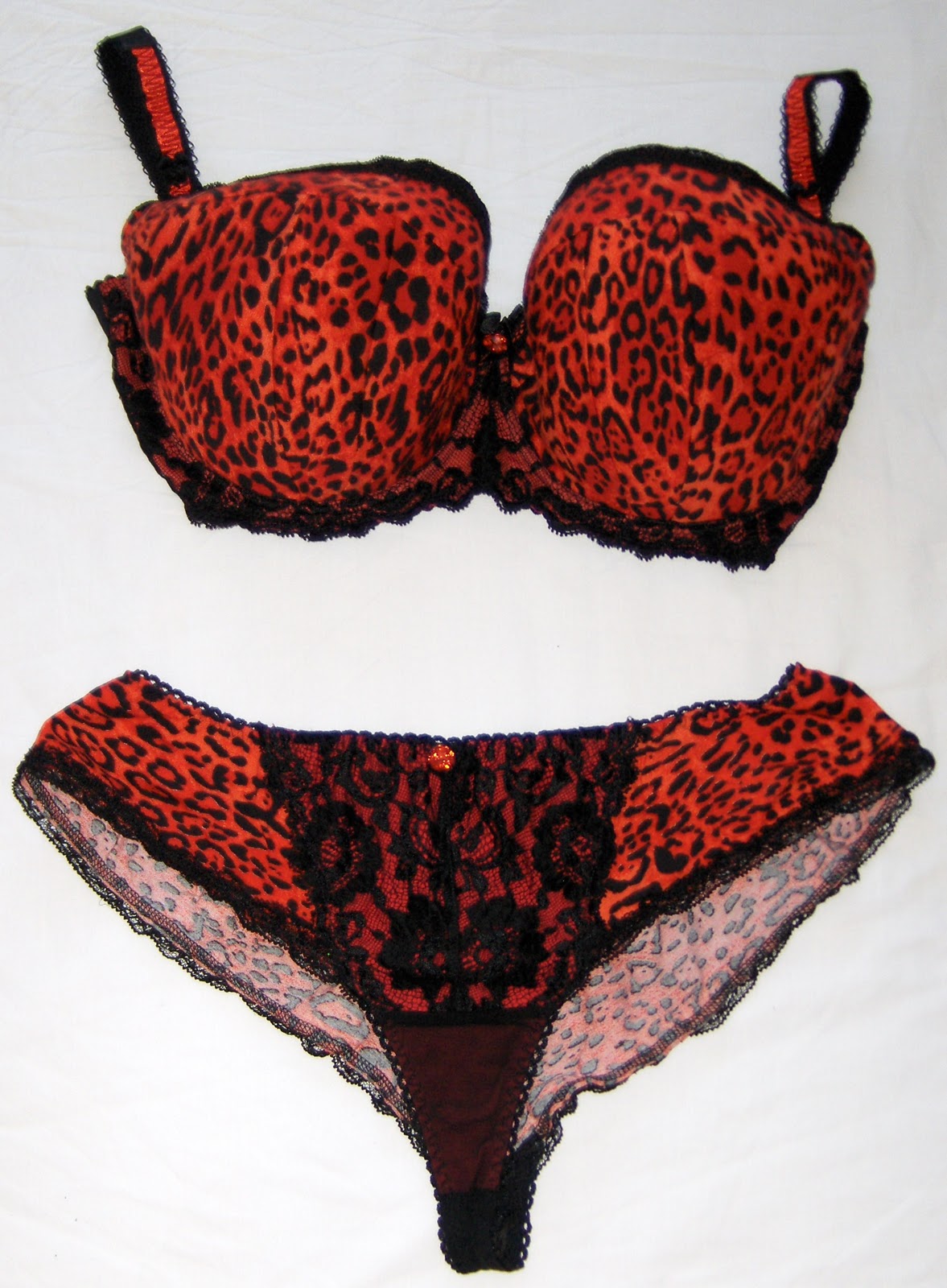 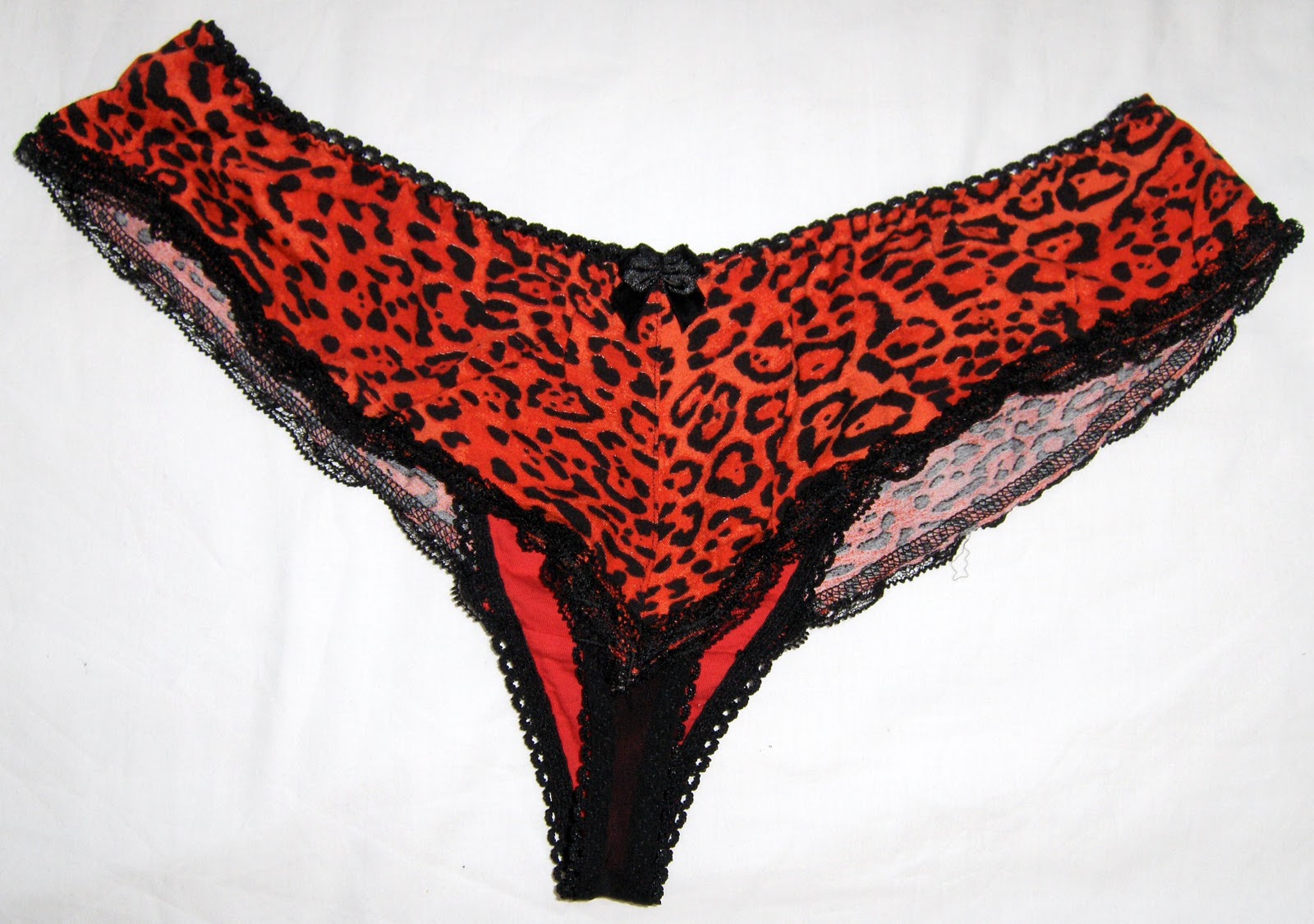 Here I am wearing the bra and briefs: 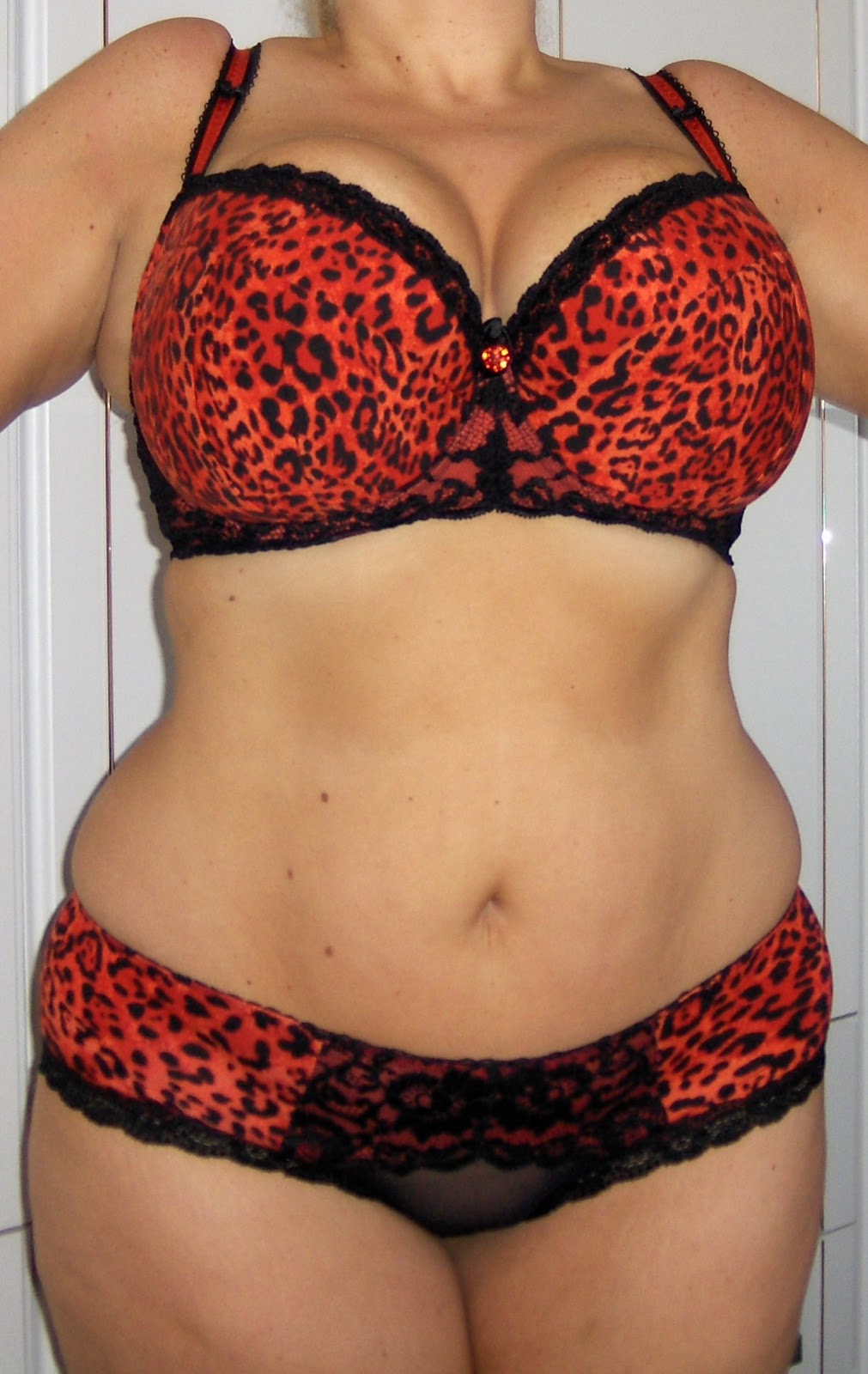 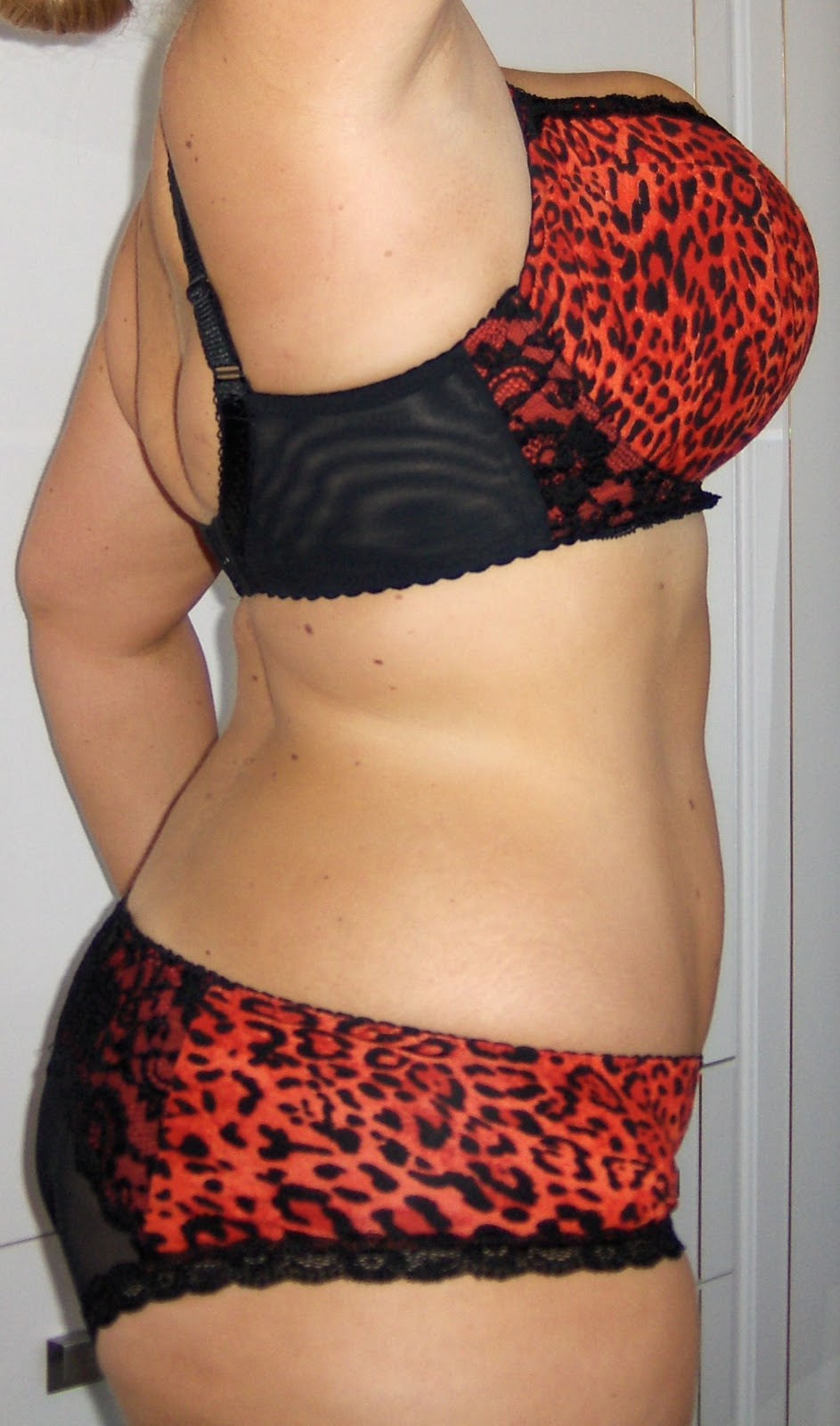 The bra is padded more substantially than some of Ewa’s other plunge styles.  That said, it is certainly not thick, but I can notice the difference between the thickness of this and the PL Turkus or Fuksja, for example.  The band is fairly firm without much stretch but most noticeable of all are the straps.  There is absolutely no give in them, which is good as they stay put all day, but they can be a bit of a wriggle to put on if you have them adjusted so they are particularly short.

My only criticism of this set is the red jewel on the thong and briefs.  It is very large and pokes out from beneath my clothes – so much so that I have had to remove it, which is a shame as it’s very pretty.  Fortunately the one on the bra is on the central gore so it’s been able to stay put.

I feel absolutely amazing when I wear this set.  I love how it makes my boobs look and the briefs (and thong) are sooo comfortable but very sexy at the same time.  When I wear this set I have a spring in my step to know that underneath my clothes I am wearing something very special indeed.  Funnily enough, this set which was ordered for ‘special occasions’ is probably the one I have worn most!

Ewa Michalak has such skill at making my boobs look so beautifully shaped – so rounded and feminine – and yet so well supported at the same time.  I have more support in an EM bra than I have done in any sports bra I have worn in the past.  I feel very fortunate to have the opportunity to wear her bras and get a kick each morning when I put one on.  It might sound a little over the top but Ewa Michalak really has changed my life 🙂

I have worn this set SO often since buying it.  It is my favourite of all my EM bras because of the firm band and straps…and because it is gorgeous!  However, my shape has changed over the past year and the 36 band has been too big for me for some time.  I contacted Ewa Michalak to see if they would be willing to make me a new bra and I was thrilled when they said yes!

Here I am in a 65/30KK (and the original thong I ordered back in November): 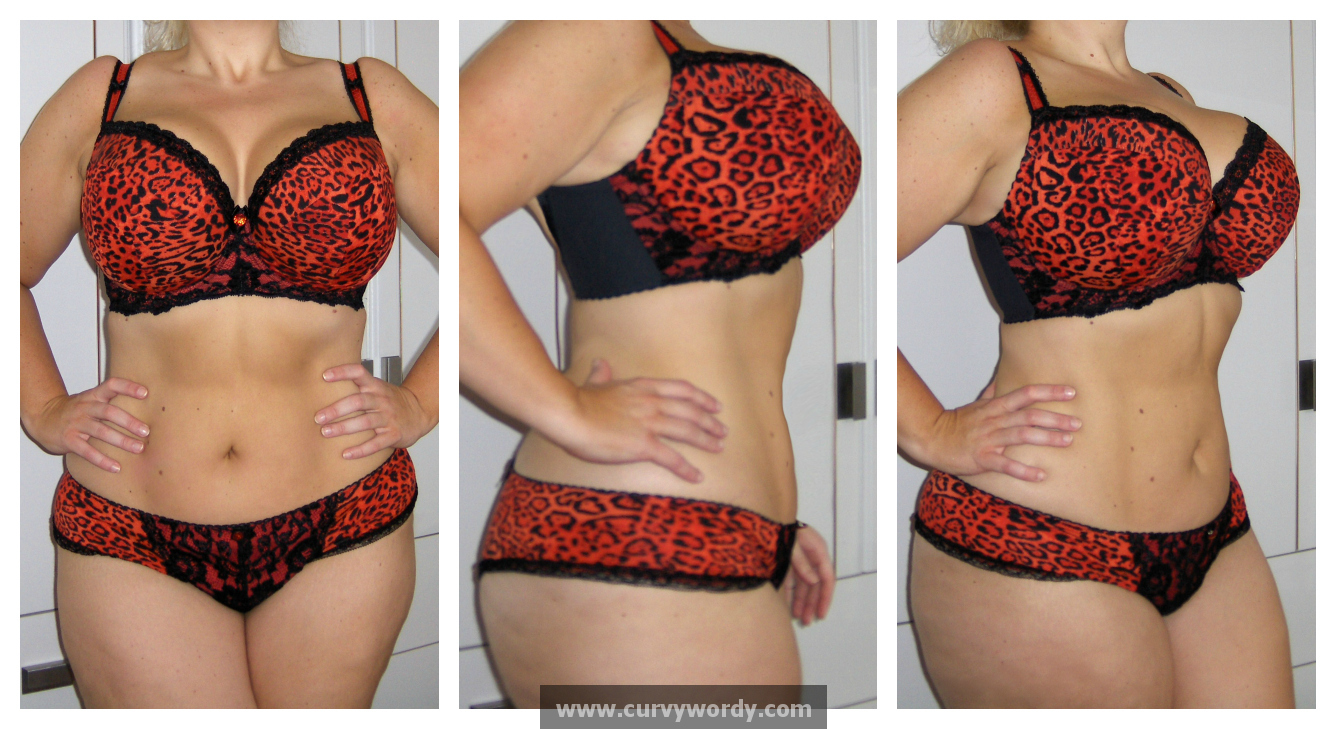 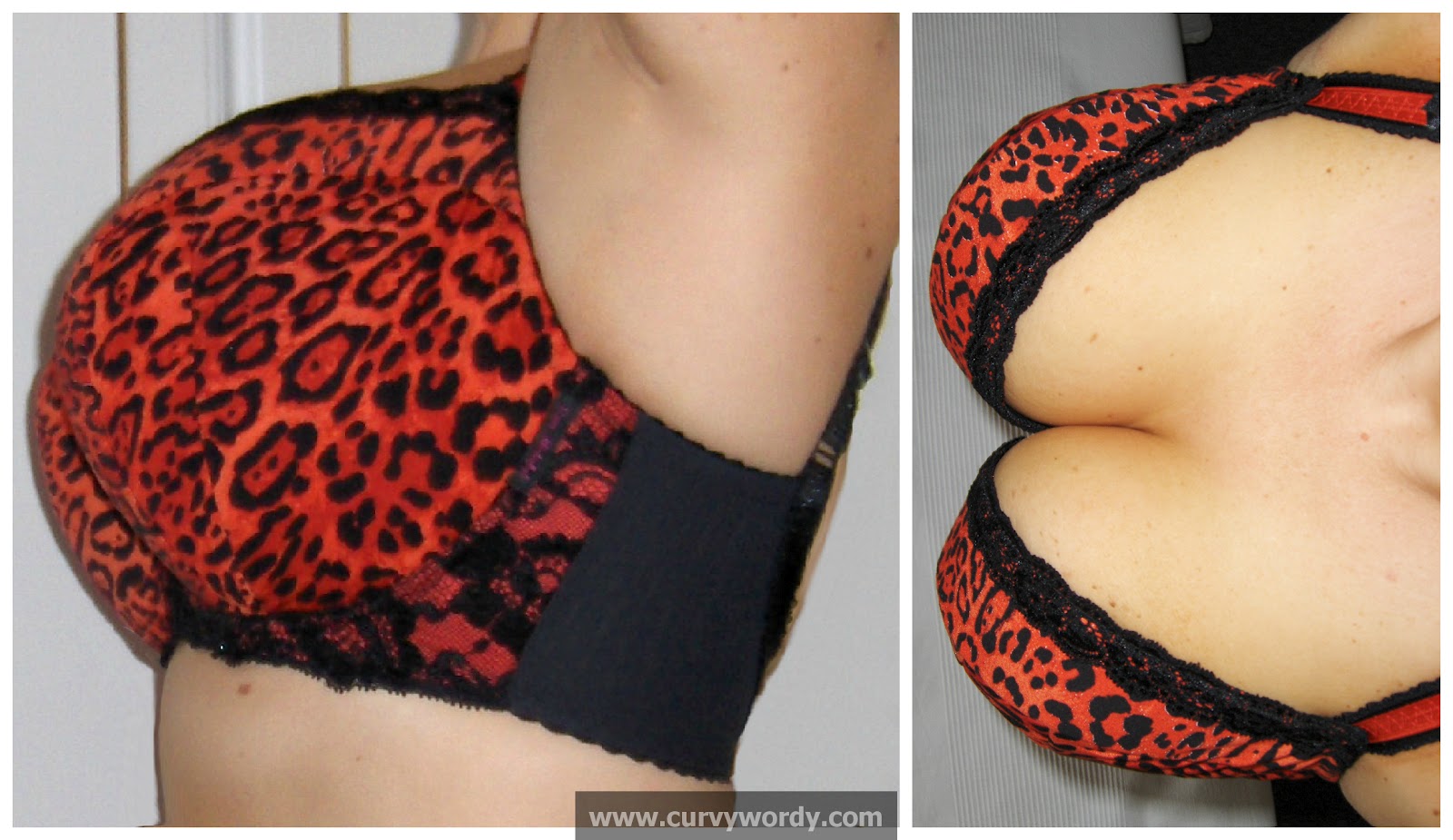 I appreciate that going from 80/36J to 65/30KK is quite a jump but in fact the cup is the same volume (according to sister sizing).  I have gradually worked my way down to size 30 bands from my starting point of 36s and definitely find 65/30s to be the best fit on me.  My underbust measurement is a fraction over 30″ so it is right that I should wear this size band.  It’s really comfortable and does not move round at all.

The cups on the 30KK come up a bit higher on my boobs than on my 36J.  The edge of the cups sometimes shows underneath my clothing, depending on what I am wearing, so I have to keep an eye on that.

When I realised my old Panterka was simply too big for me in the band, I felt very sad and like I was going to have to say goodbye to an old friend.  However, I am really delighted to now have a Panterka which should fit for a long time to come.  Thank you very much, Ewa Michalak!