Until just over a year ago, I hadn’t worn a skirt or dress for well over 10 years.  I lived in smart tailored trousers which, for the most part, I was pretty happy with.  However, I always found it a problem when buying new trousers as I needed something that either fastened at the side or didn’t have that awful front tab fastening system which poked out through my tops, and this was sometimes hard to find.

I had often lusted after maxi skirts and dresses but thought they would not suit my short and curvy frame.  But last summer I was invited to attend a posh do through work and I knew that my usual smart trousers would not be suitable at all.  So I went on a hunt for something suitable and ended up discovering a whole new world of outfits in maxi skirts and dresses.  I haven’t worn trousers since 🙂  I decided to blog about some of my recent purchases in the hope that others will find it useful to see clothing modelled on someone larger than the catalogue models.

Roman Originals is a funny label.  Sometimes it has its own shops (usually within factory outlets) and sometimes it is a concession within a large store (e.g. T J Hughes).  Many of its items are overly adorned with sequins and jewels and quite a few styles are aimed at the older lady.  Nothing wrong with that of course but as a women in her mid thirties I am not looking for anything that would look frumpy or baggy on me.  But I have always found the Roman Originals rails worth raking through as more often than not I can find a gem amongst the sequins.

A good example of this is their current range of maxi dresses.  I visited the Roman Originals store at Ashford Designer Outlet about a month ago and was amazed at and thrilled by the styles and variations available.  A further look at their website confirmed to me that this is a label looking to cater for a wider audience.

I came away with several purchases.  The first was a silver grey maxi dress in Medium which made my mum say ‘Wow!’ when I came out of the dressing room – and that means A LOT as she never tells me I look nice (I know she thinks I’m fat and unattractive). 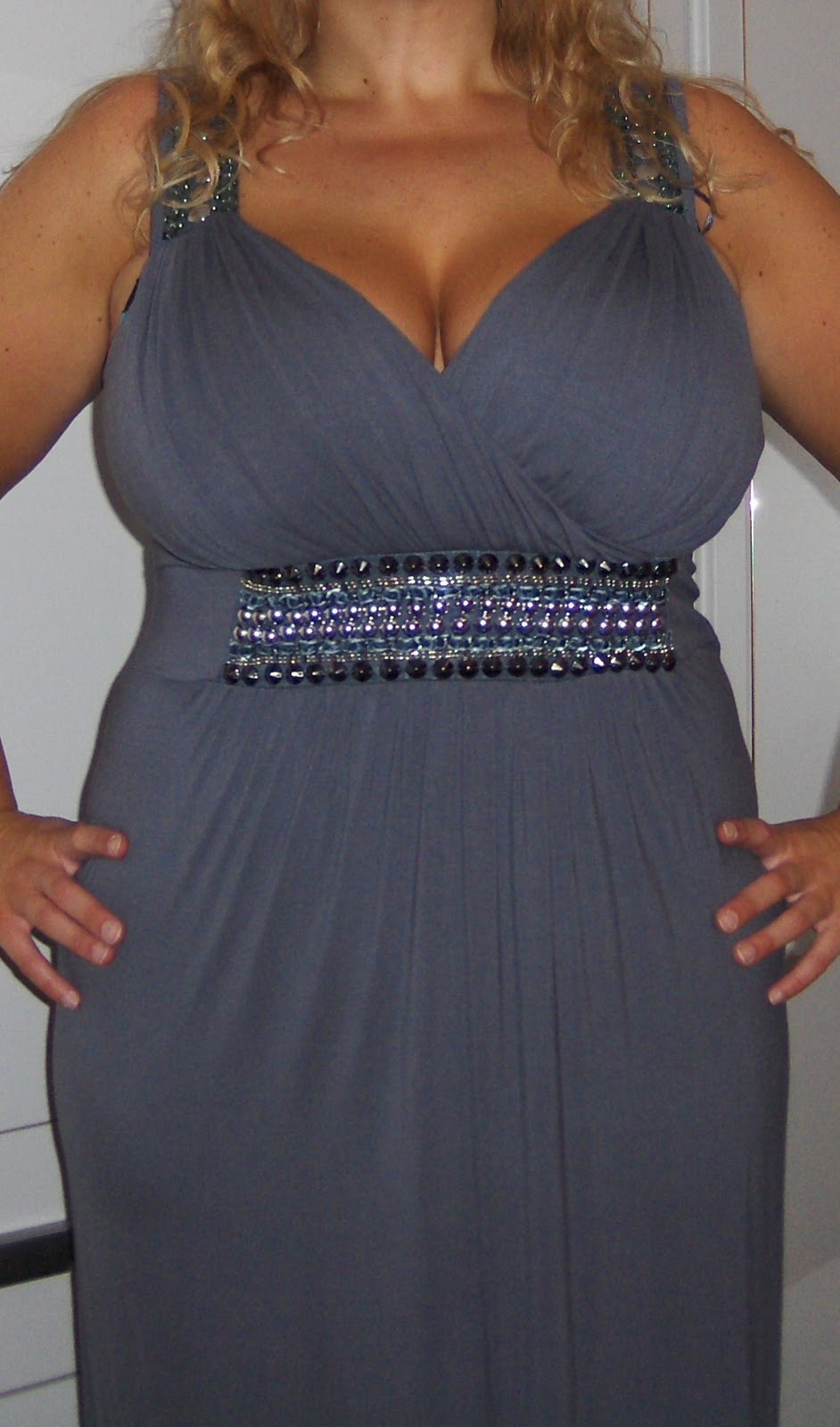 It’s an absolute bargain at the moment as it’s £20 in the sale – but I doubt the stocks will last long.  It is also available in black but at the full price of £35.  Personally I prefer the silver grey as the embellishments are more subtle, but I’m sure the black looks great too.

The second was this blue printed maxi dress in size 18 for which I paid £35.  I decided it was worth it as the pattern and colours were so typically ‘me’ and I felt very special in it. 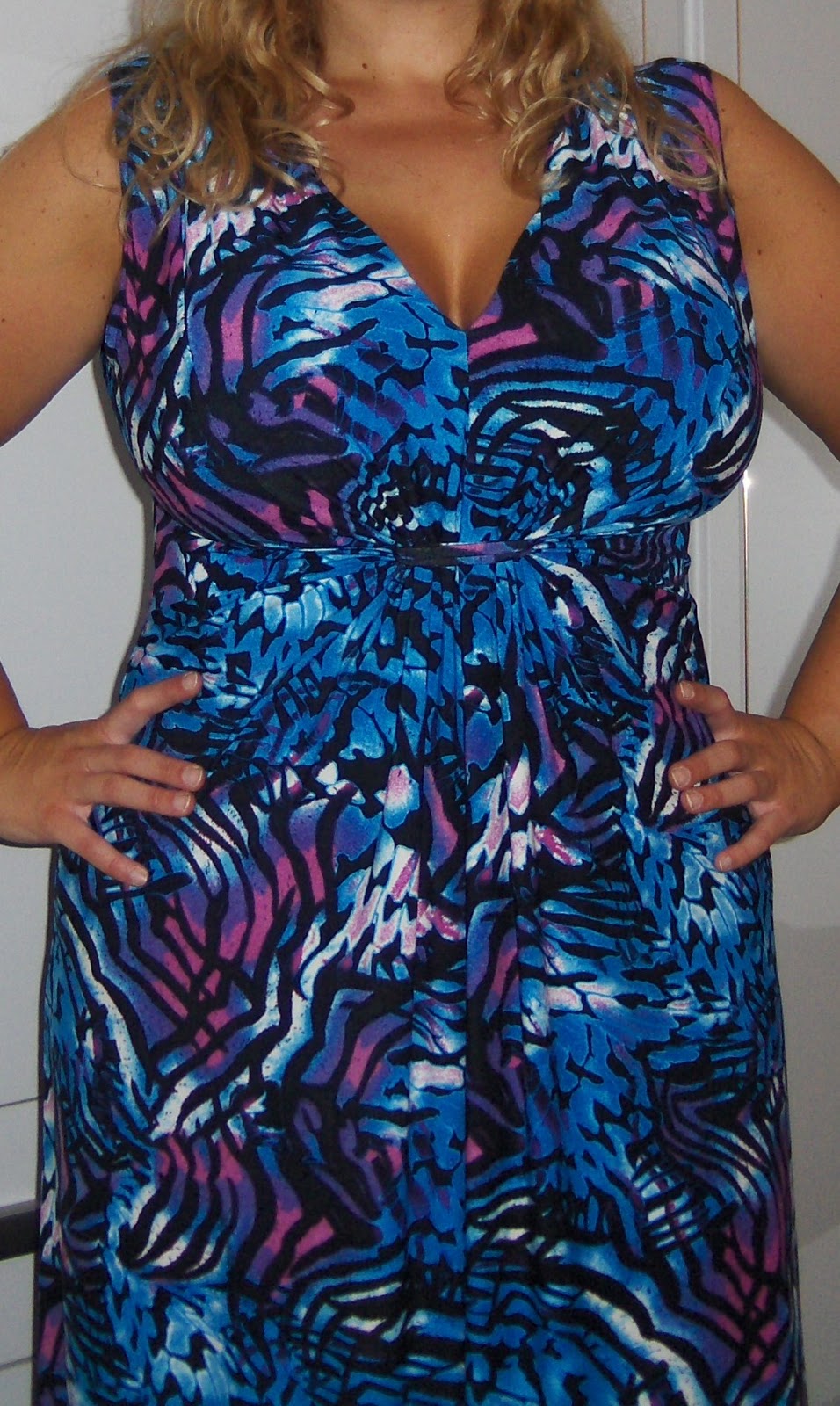 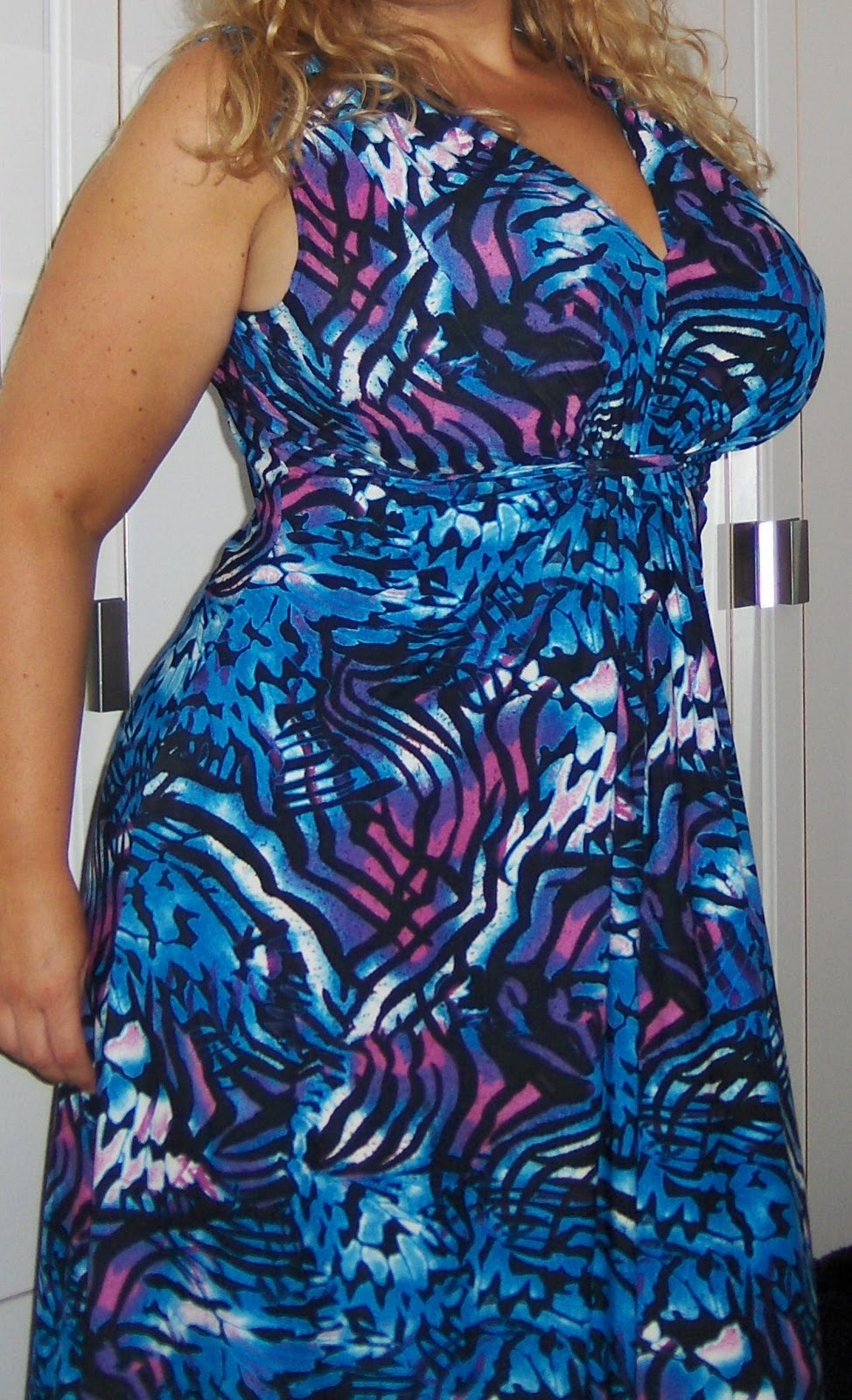 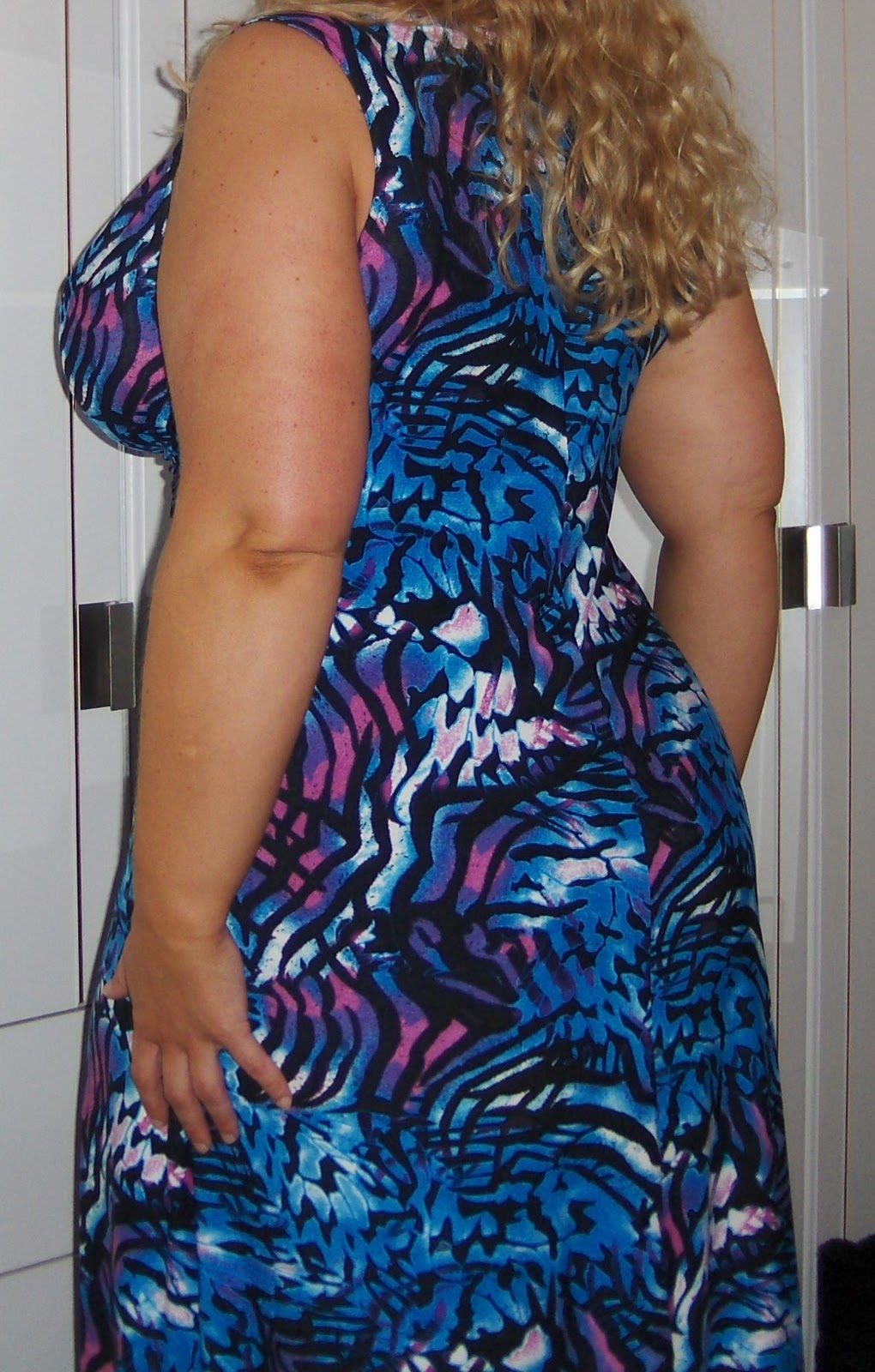 I showed it to a couple of girls at work and interestingly they said I looked better in it than the website pics!  I’m not sure about that but do agree that on the website it looks kind of frumpy.


I have a couple of tiny gripes about this dress.  One is that it’s a few inches too short – I like my maxi dresses to brush the floor but this shows my feet – not enough to be a deal-breaker though.  The second is that it shows a teensy bit of my bra at the sides, but I decided that I could cope with this by choosing the right coloured bra to wear underneath it.  At the moment this would be a black bra but I will undoubtedly treat myself to the Ewa Michalak Atrament Plunge Bra in due course 🙂

The third dress I bought was an animal print maxi dress in size 18. 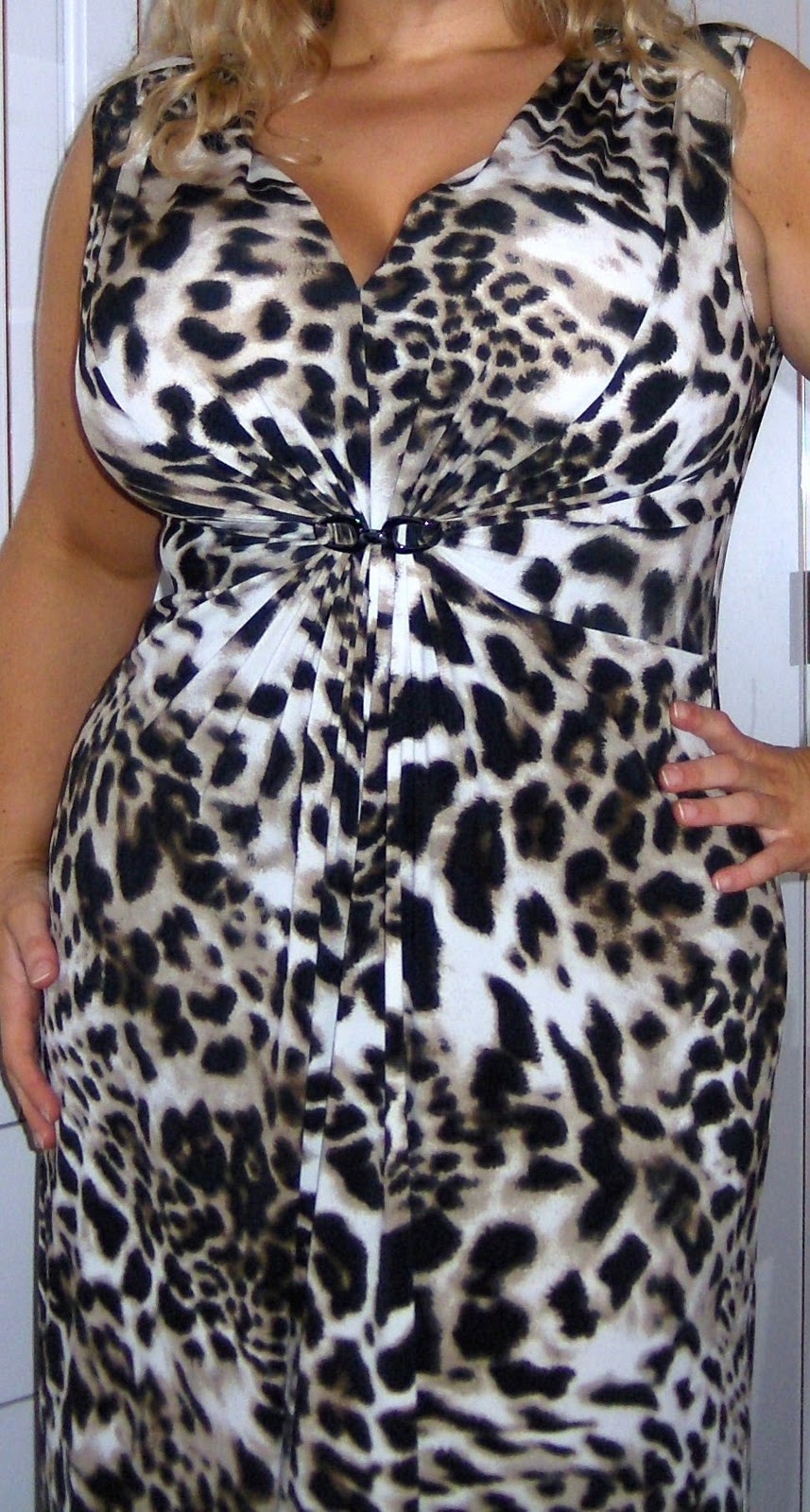 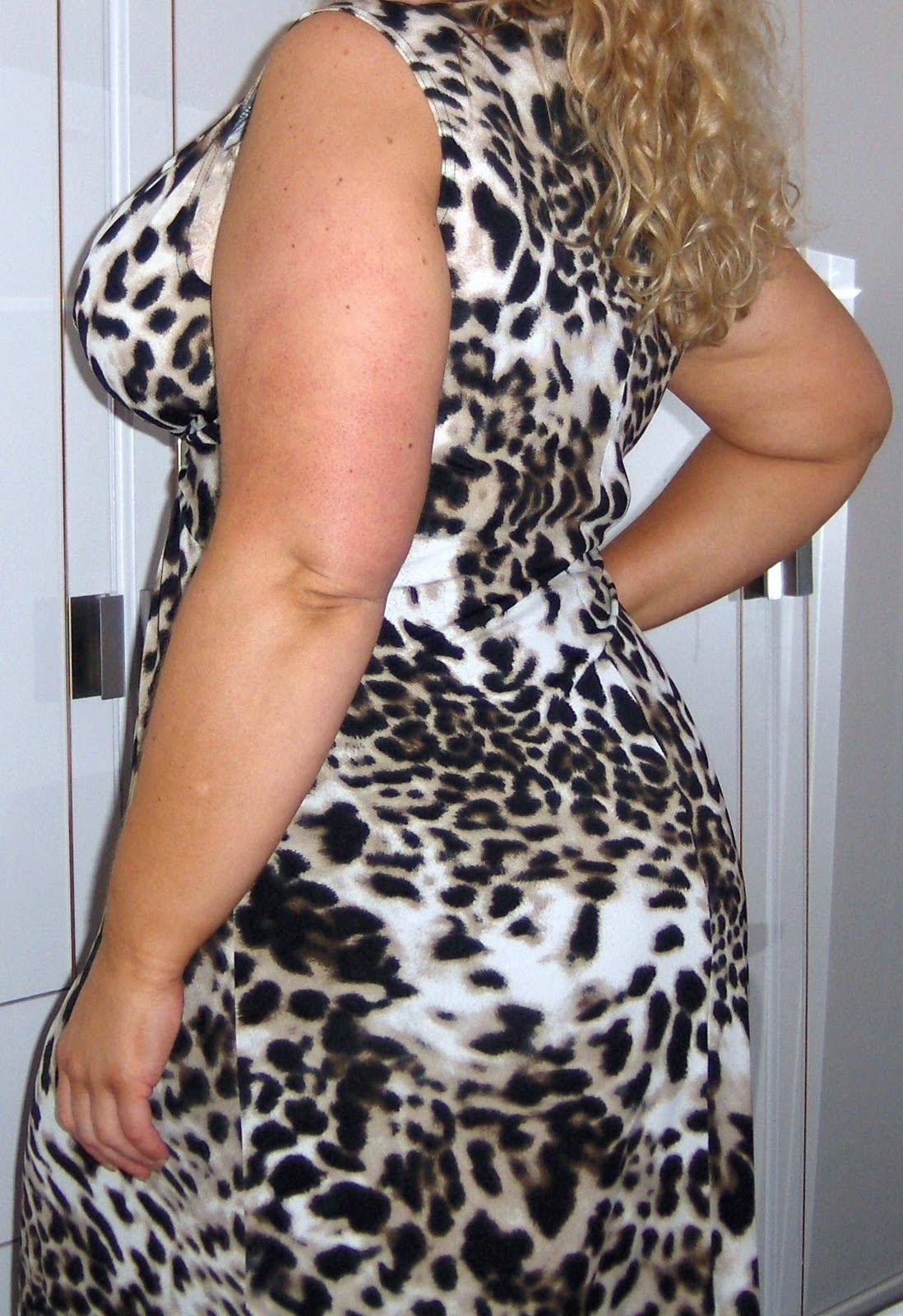 As you can see, it shows my bra at the sides quite a lot, but I think it’s not too bad as long as I wear a bra which will blend in a bit colour-wise.  This dress was better in length than the blue one, which was pleasing.

I can’t quite make my mind up about this dress.  I am not sure if I am an animal print kind of person and I am not sure if it suits me.  The girls at work are insisting I should keep it but I’m just not convinced.

UPDATE: In the end,I couldn’t make my mind up but left it too late to return.  I wore it out last night, teamed with my favourite red belt, and I think it looked pretty good: 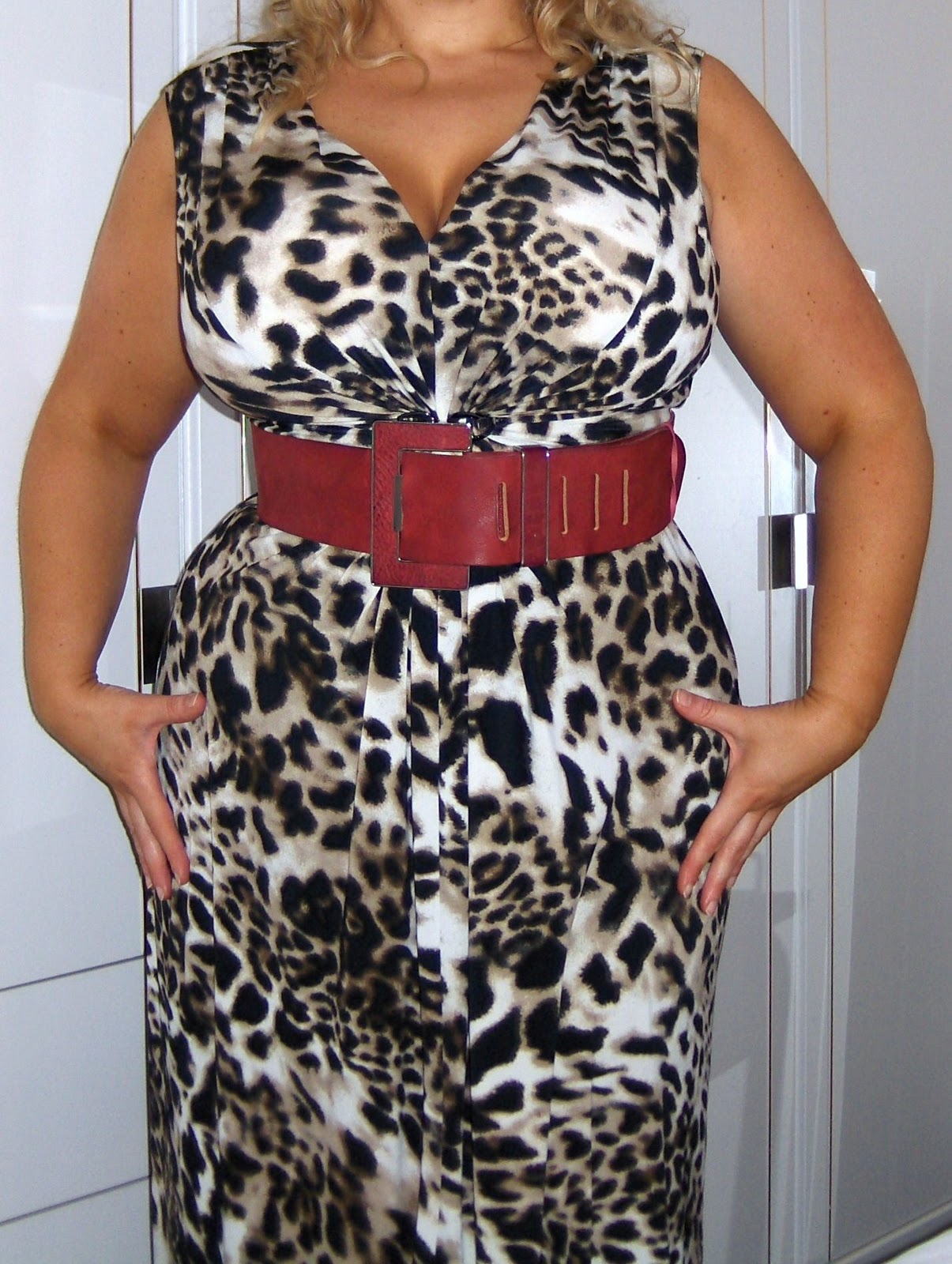 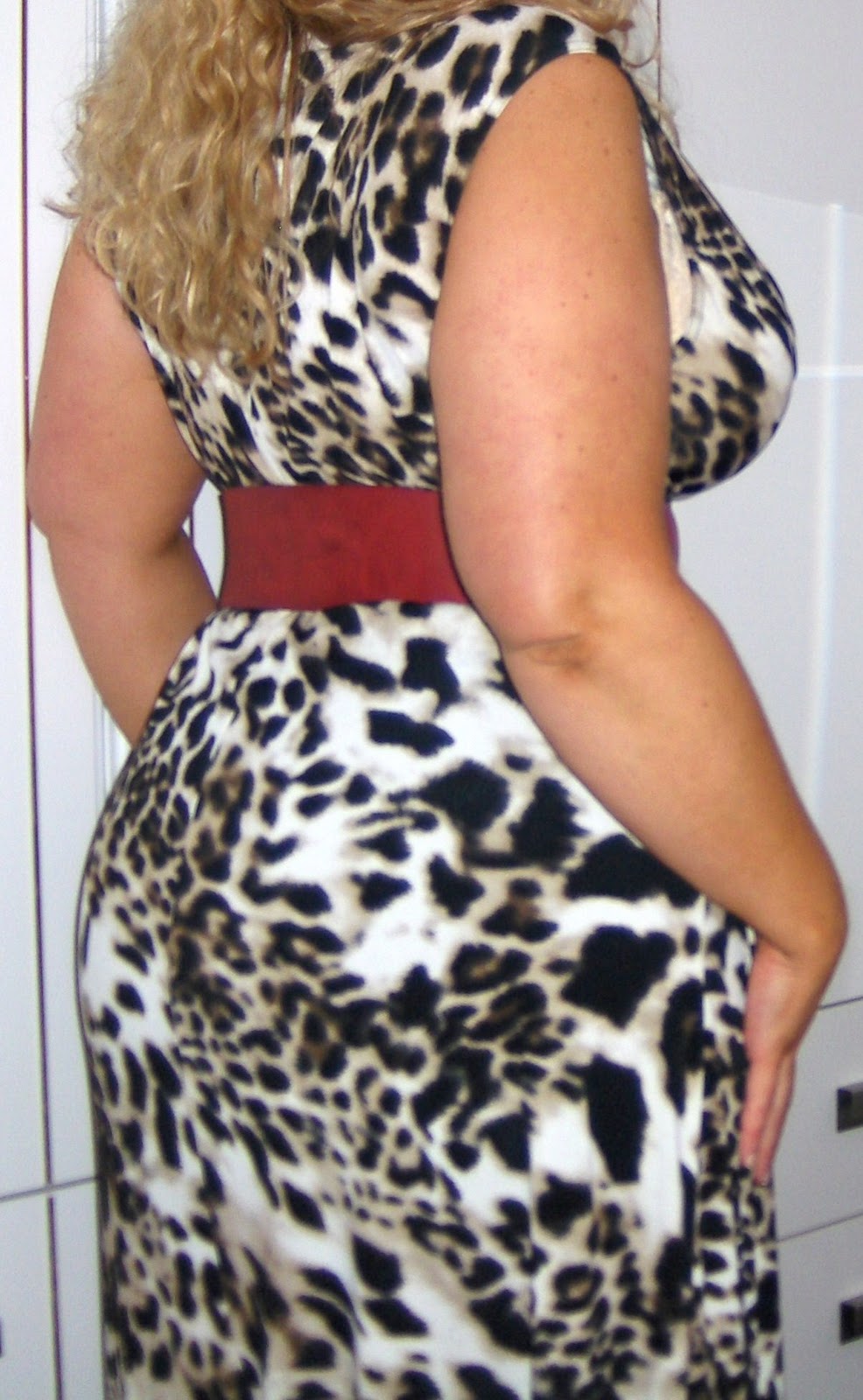 During my visit to Roman Originals, I tried on several other styles and was overall very impressed with the cut and quality of their dresses.  I highly recommend them to any curvy-figured ladies looking for maxi dresses.