I have been wanting a strapless bra for many years.  Actually, a halterneck/multiway bra would be enough; just something that gives me more options with tops and dresses.  I have never worn a halterneck anything and would love to have the choice to be able to do so if I wanted.

These sorts of bras don’t come around very frequently in my size so I had all but given up hope…until I spotted one in the latest Fashion World catalogue: the Naturally Close Underwired Multiway Bra.  Pictured in a gorgeous raspberry red, I read the description eagerly but very quickly gave up as I just knew it wouldn’t work for me.

However, some time later, inspired by Cheryl at Invest In your Chest’s review a few weeks ago, I decided to give it a go.  I ordered it in a 36H and 36J as I am a 36HH/J in most bras but wondered if the cups might run large.  I also ordered several other bras at the same time but I’ll talk about those in another post.

Whilst I was waiting for my bras to arrive, a fab review of the same item by the gorgeous blogger Fuller Figure Fuller Bust was posted.  She and I wear similar size bras so it was interesting to see what the bra looked like on her.  Her final opinion was that the bra did not work for her as a strapless style but personally I thought it looked great.  Of course, it’s vital that the wearer feels 100% comfortable, regardless of what those around them say, so I applaud her courage to take the decision to not accept a bra that she felt did not suit her.  I think all too often girls with bigger boobs tend to assume that they have to accept bras with compromises, but why on earth should we?  I’ve recently started reading a blog that aims to address some of these issues – why not take a look for yourself here.

So, when the bras arrived, I opened the packets with bated breath.  As you will know from my previous posts, I am only too familiar with that horrible feeling of realising I am in possession of yet another bra that doesn’t fit.  I hoped beyond hope that this one would be different. 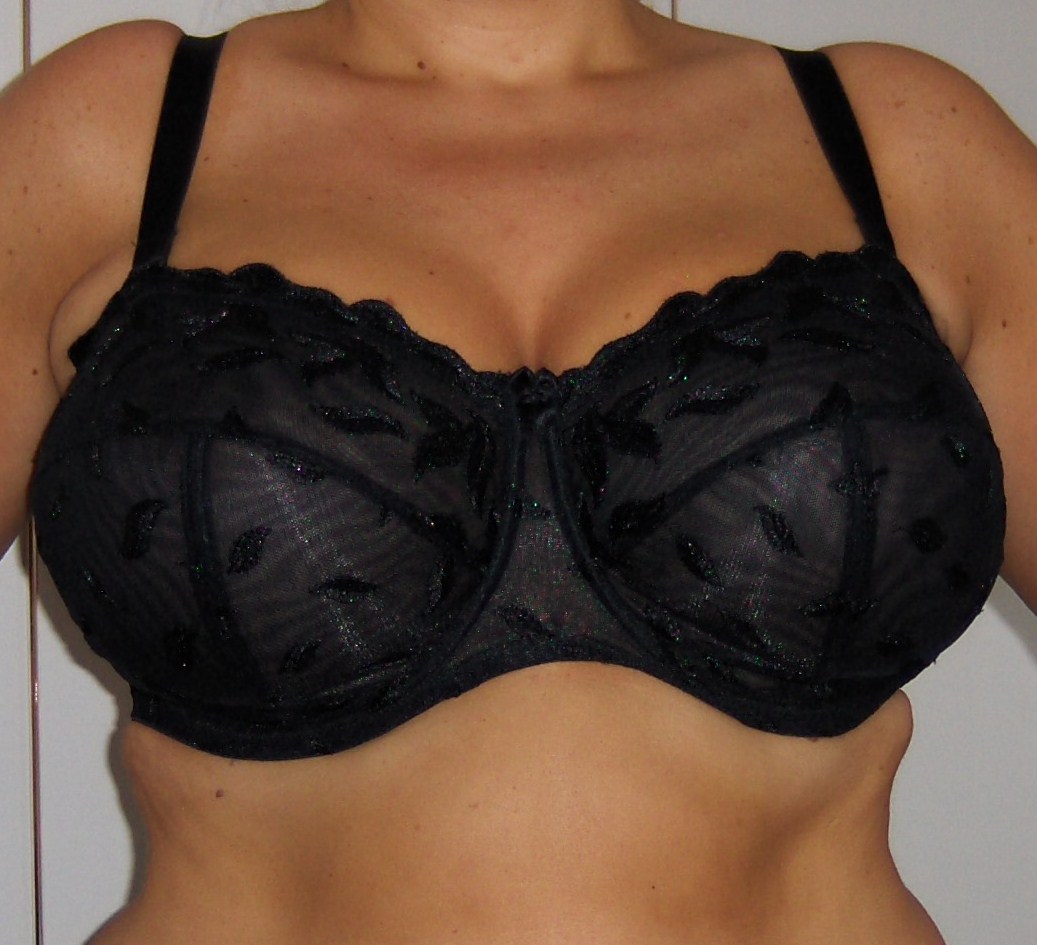 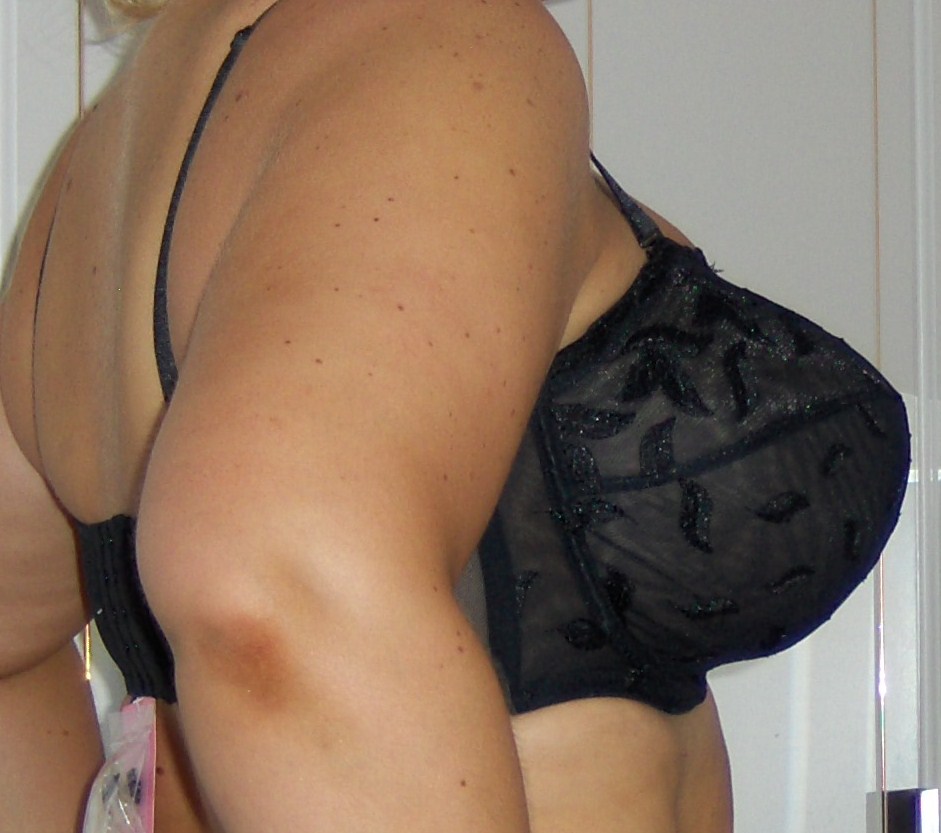 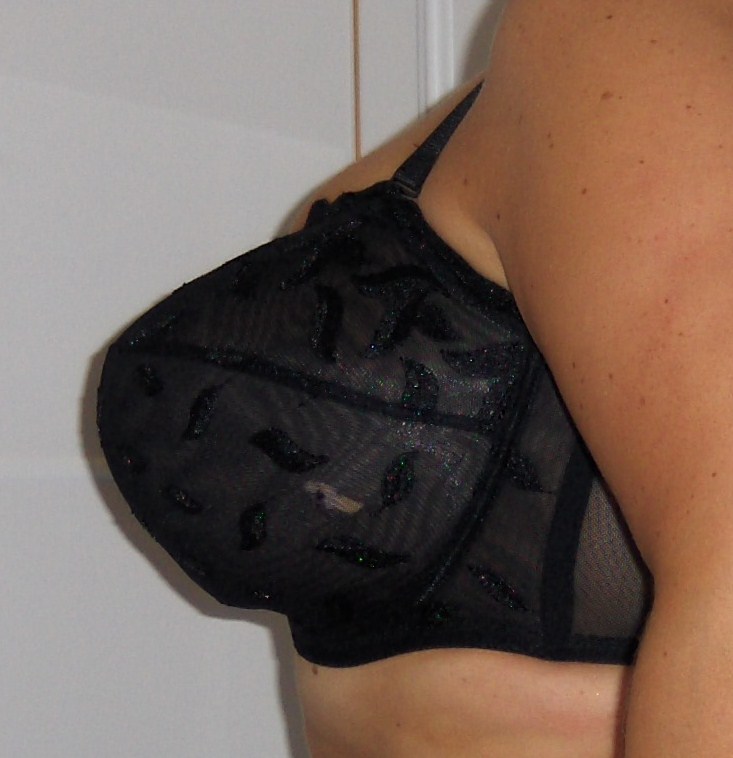 I immediately ditched the 36J as the cups didn’t fit right.  The pictures above are of the 36H.  It felt very secure as it had 5 hooks and eyes to fasten at the back as well as silicone along all the edges to minimise slipping.  You can see from the pics that it was reasonably tight on me but I didn’t feel it was too tight.  There was some industrial boning at the sides, as I had expected there would be in order to help hold it up, but also some soft, flexible boning in the cups themselves.  It ran along the central seam of each cup, from the bottom wire to the seam that crosses the cup horizontally.  Hope that makes sense!  It wasn’t uncomfortable at all and I almost didn’t notice it there.  I think it gave my boobs a nice, uplifted, perky shape.  However, when I turned to the left, I saw that this boning was causing a funny shape on the underside of the left cup (see third pic above).  Most odd!  There was also a small fault in the fabric which wouldn’t have been a big issue for me had the bra fitted well.

The bra was quite cumbersome (especially compared to those gorgeous Ewa Michalaks I have so quickly grown accustomed to wearing!) so I had to put it on with the straps in place before attempting to remove them.  This was quite a task at first as the straps had been attached on the wrong sides, meaning that they pinged off every time I tried to pull them over my shoulders.  When that happened, I had to take the bra off and start again from scratch.  This quickly became rather tedious but still I hoped I had found a beauty here.

Once correctly in place, I was reasonably happy with the bra.  Unfortunately, the 36H was too small and I got some double-boob (which you can see a hint of in the second and third pics above).  However I was hoping that this might disappear without the straps so I let them ping off and took pictures of the results. 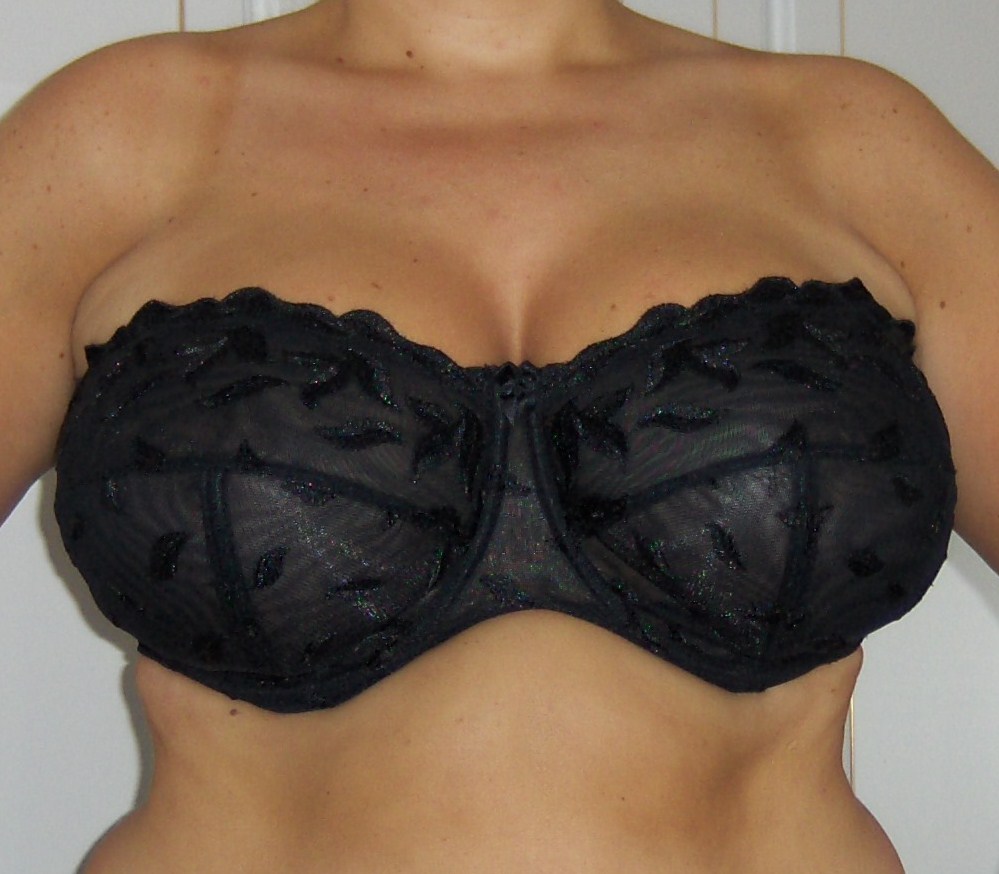 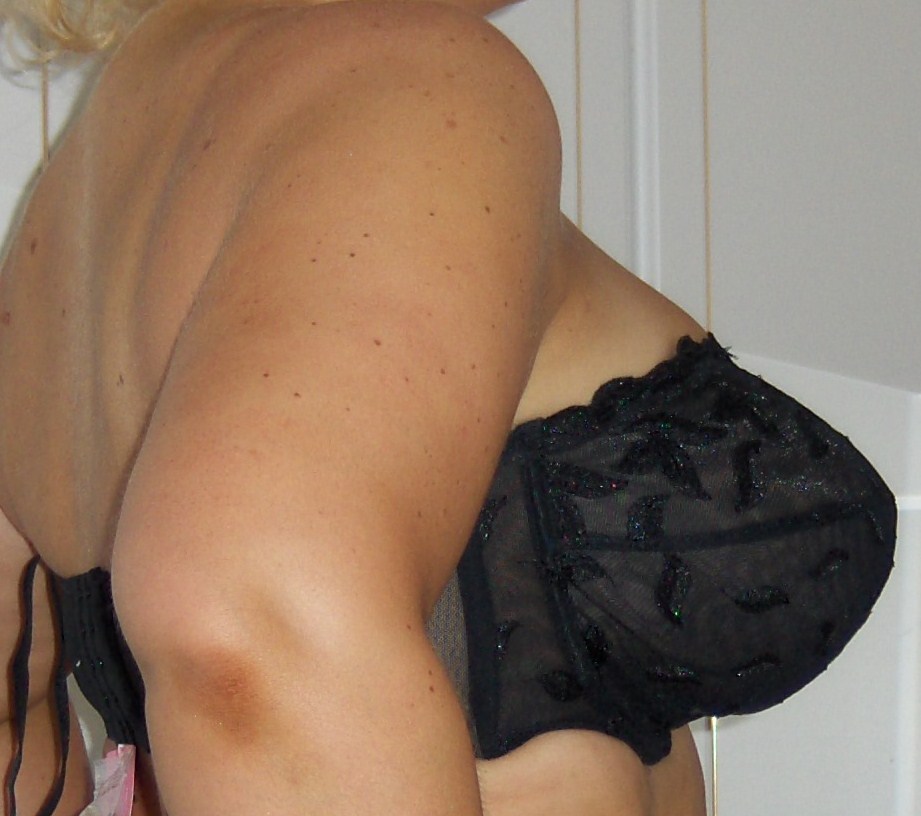 The pics actually make it look like the bra worked better than it did.  I still had some double-boob going on.  And it felt awful – like I was wearing some strange strapping that would work its way down my body as the day went on.  In fact, if I’d kept it on I know it would not have been long before I needed to pull it up.  I kept fiddling with it the whole time I was trying it on.  I guess this shows that I do carry a fair amount of the weight of my boobs on my shoulders, which I know is not what’s supposed to happen when wearing a properly fitting bra.

The bra appeared to be well made (apart from the small fabric fault on my test item) and I think the support features Naturally Close have included in this style are great and mostly very well thought-out.  I wish someone would design a strapless/multiway strap bra which does not cut into one’s boobs, as this immediately puts me (and I’m sure other buyers) off.  What about a strapless Wonderbra in bigger sizes, for example?  Or a Wonderbra in bigger sizes full stop?!  Or Wonderbra not drawing on their models’ cleavage post-production?

Sorry, I appear to have gone off on a bit of a ranting tangent.  Maybe I’ll talk about that topic another time.

So, to sum up, I would say that Naturally Close have come very close to getting this bra right.  Sadly, though, it is not right for me.