Ewa Michalak has been making the SM bra, which is essentially an unpadded balconette, for over a year now. Some months back I was sent some bras to review and today I will be sharing with you the limited edition SM Czarodziejka Bra (no longer available at Ewa Michalak, but the SM Wróżka is similar): 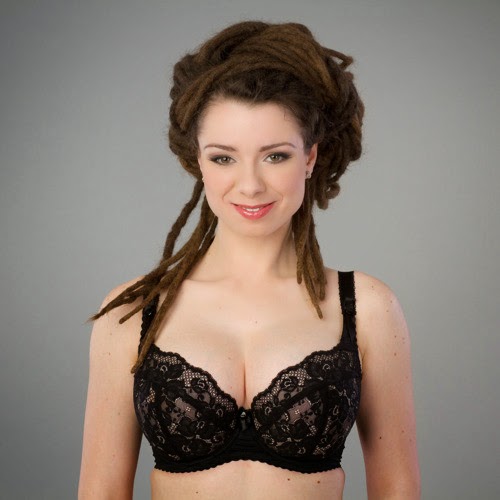 The SM Czarodziejka bra is the same as that featured on the Ewa Michalak Babydoll For You, which I reviewed about 18 months ago. I was sent the babydoll in 32KK/70KK, but this bra is a cup size down from that and it’s clear to see from my photos that the bra is too small for me.

However, as it’s such a lovely bra I wanted to share it with you regardless of the size issue.


I wasn’t sent the matching briefs for the SM Czarodziejka bra, so I first of all improvised with some sheer panties I found in my knicker drawer, along with a suspender belt from eBay and my Dublin Lady Fishnet Hold-ups from The Big Tights Company: 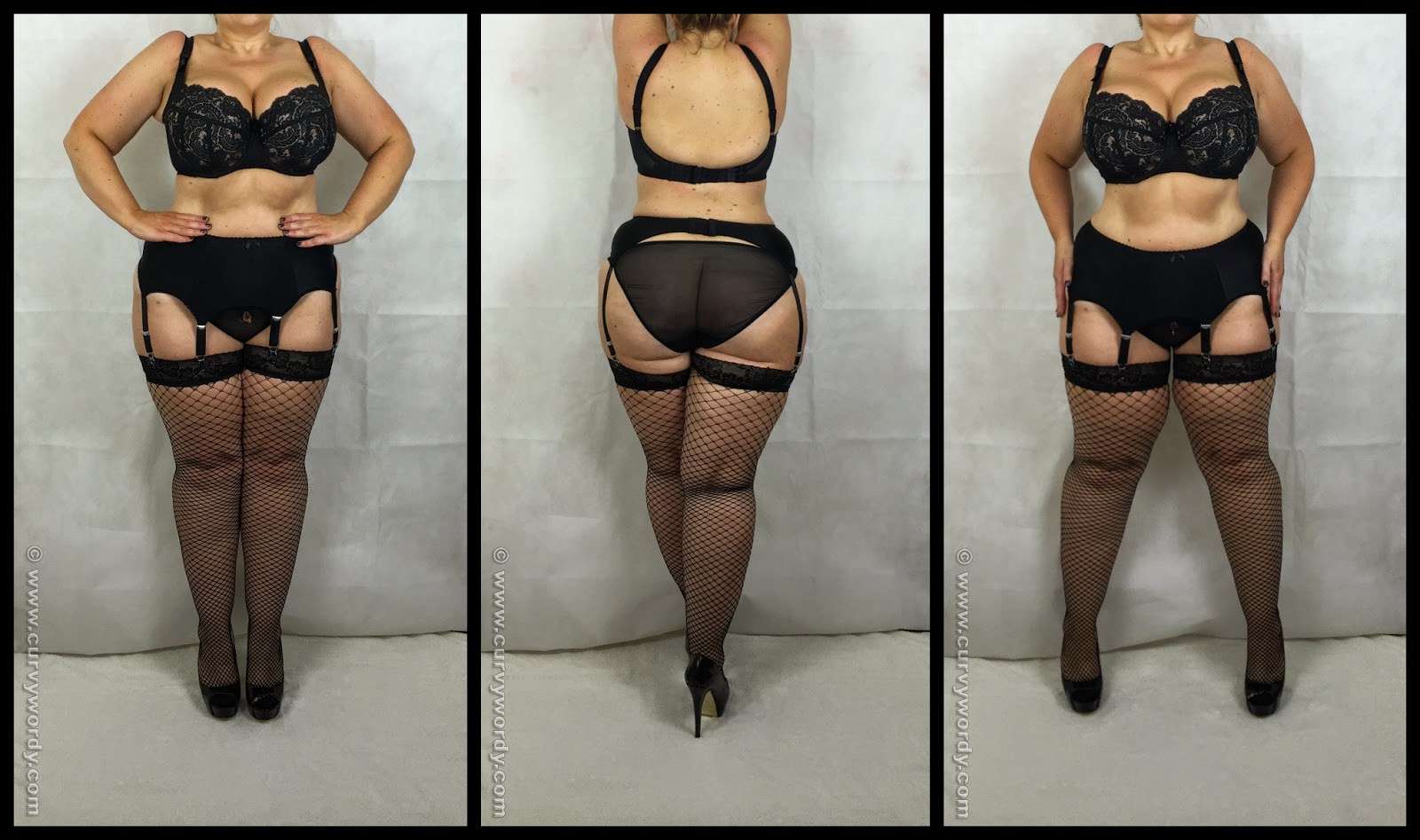 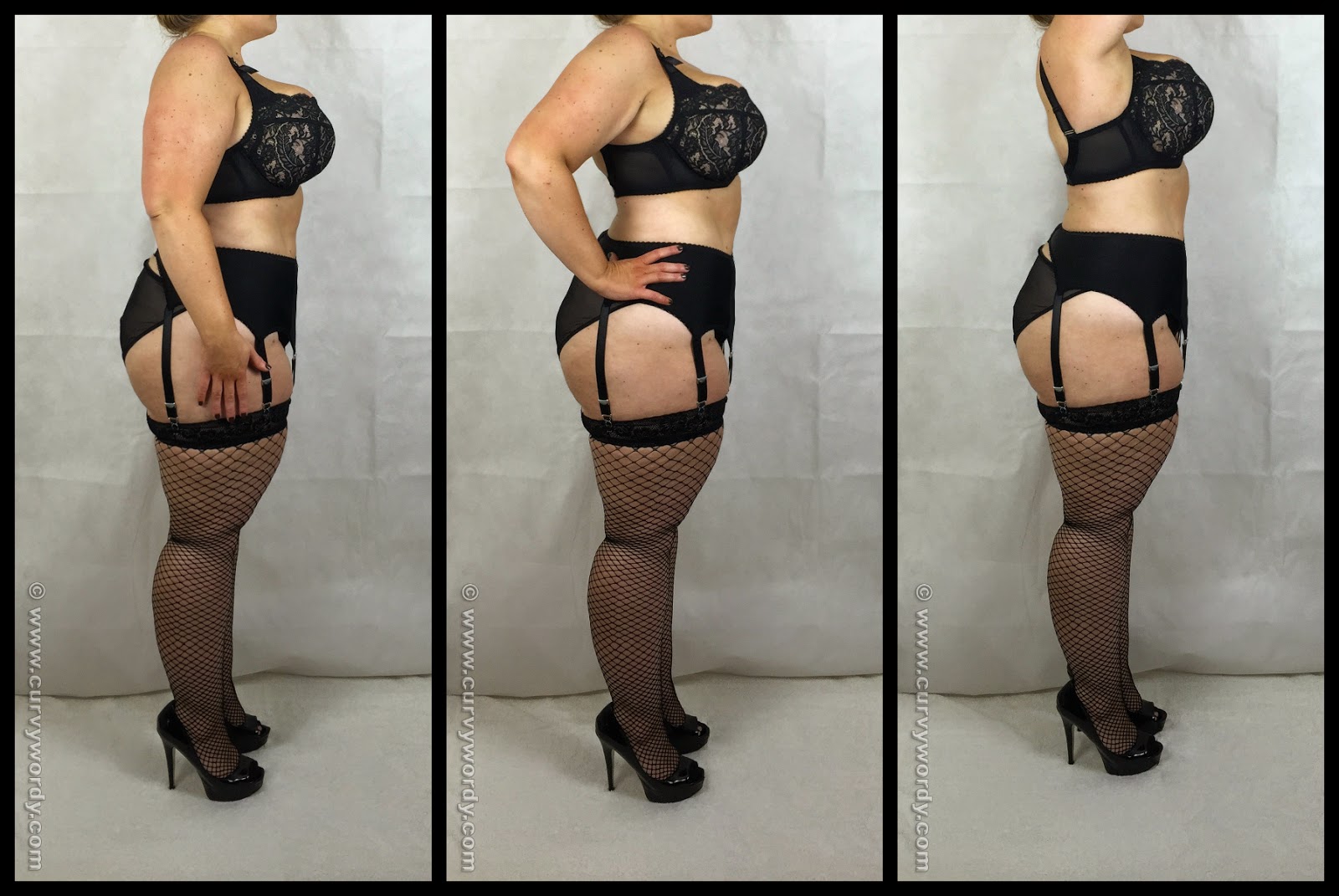 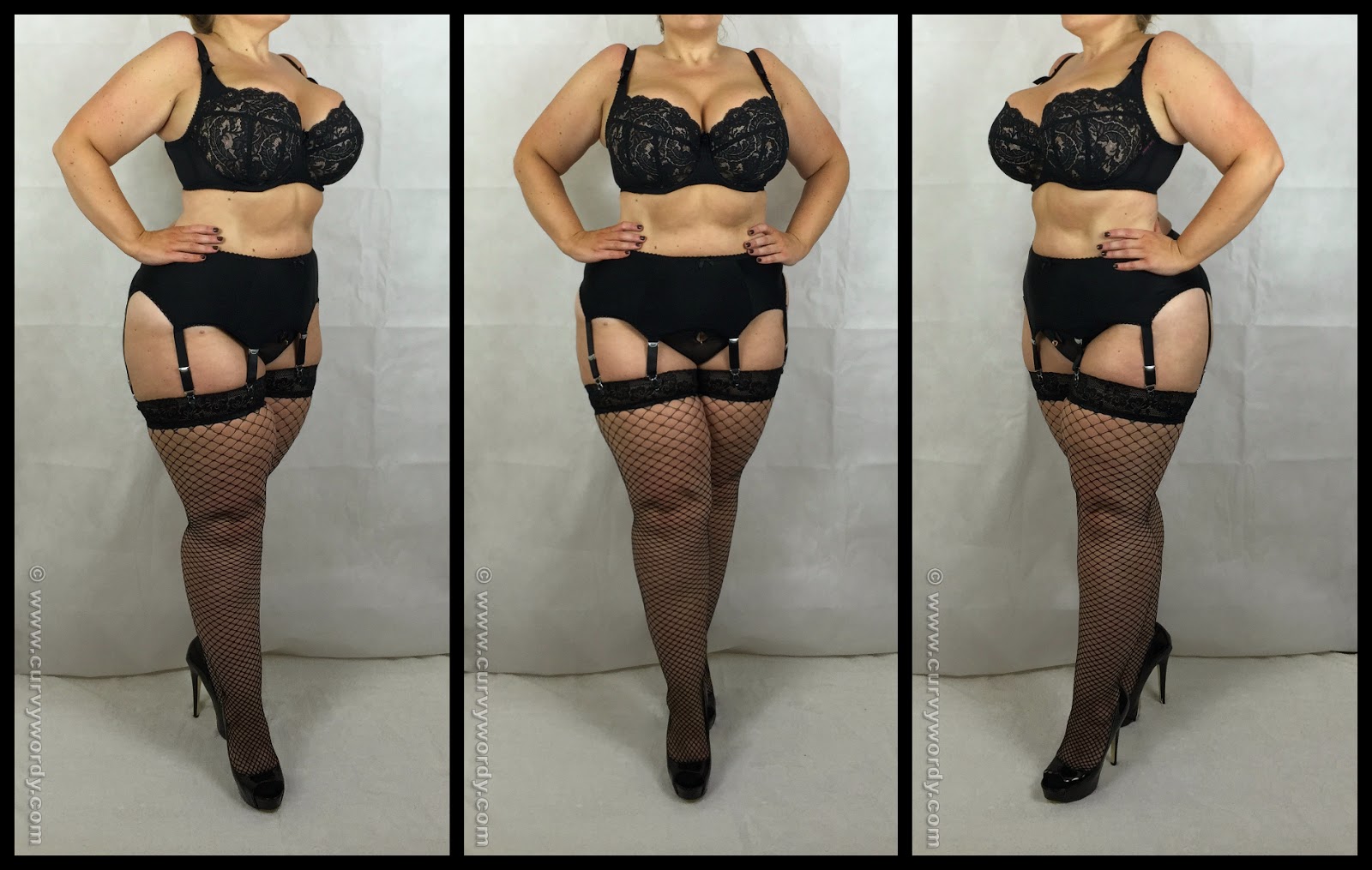 The SM style of bra is unpadded and features either all over lace or all over mesh on the cups. It has a higher central gore than Ewa’s other unpadded bras, which means the bra is ideal for anyone with soft breast tissue as it will remain contained within the cups rather than escaping outside. This style is suitable for a medium neckline as it gives a bit of cleavage but not too much. As the bra lifts the breasts and centres them on the body – rather than pushing them out to the sides – it results in a slimmer silhouette as the waistline is more clearly visible.


As a big fan of all things lace, the SM Czarodziejka bra had me the moment I took it out of the box. It is pretty, feminine, and sexy. The all over lace cups are delicate yet supportive, thanks to their four part construction (three panels on the lower cup and one on the upper). There is a large black bow on the central gore, and a smaller bow on each strap at the point where it meets the top of the cup.


You can clearly see from my photographs that the 32K/70K cups are too small for me. The dead giveaway is the significant amount of quadboob going on. Ladies: if your boobs do this in a bra it means the bra is too small for you in the cup! So try sticking with the band size that is most comfortable for you but go up in cup size one by one until you find the one that doesn’t make it look like you have two sets of boobs, one above the other.


I adore the narrow wires of Ewa Michalak bras, but as the Czarodziejka was at least two cup sizes too small for me I did find the wires cut into my breast tissue a little at the sides. The central gore was fine and laid perfectly flat, and although the wires were not wide enough for me on this occasion I am pleased to report that they do not run tall under the arms.


The band of this bra is very tight, and as you can see in my photos I have to wear it with an extender. Ewa Michalak bands do tend to run tighter than other bras, as far as I have experienced at least, so do bear this in mind if you are thinking of ordering from them. A great resource for you to help work out what size is best for you is an online bra database called Bratabase. The site has measurements of a wide range of bras, all entered by regular people like you and me, and these can be used by other people to calculate what brands and bras may or may not work for them. Like any database, the more information that is added, the more accurate the results, so take a few minutes to measure your bras and add them to the site! There’s also a friendly and supportive community there so you can ask for fit advice if you wish, and a whole host of other features. I have listed all of my bras on there (except this one, as at the time of writing I can’t find where I’ve hidden it in my house!), and you can click the link in my right hand side bar to head straight to each of my bras on Bratabase to check the measurements.


Sorry, I went slightly off topic there but I wanted to take the time to explain about Bratabase as I often get asked by readers what size I wear in other brands so that they can work out what their EM size might be. Let Bratabase do all the calculations for you!


Ok, time to get back to the bra. As I said, the band is tight and fairly unstretchy, so even if the fit is good it may well be wise to wear it with an extender for the first few wears until the band loosens up a little. It fastens with four rows of three hooks and eyes.


The straps are a bit wider than average and are comfortable to wear. They are fully adjustable and do not have any embellishments along the edges, but despite this I am pleased to advise that the adjusters do not slip out of place when the bra is worn.


As these pictures were taken a few months ago, I rather stupidly forgot about them, so more recently I took some more. This time I paired the bra with my Bibi Czarny Tulipan high waisted briefs and my black Prague Lady Microfiber Opaque Hold-ups from The Big Tights Company. 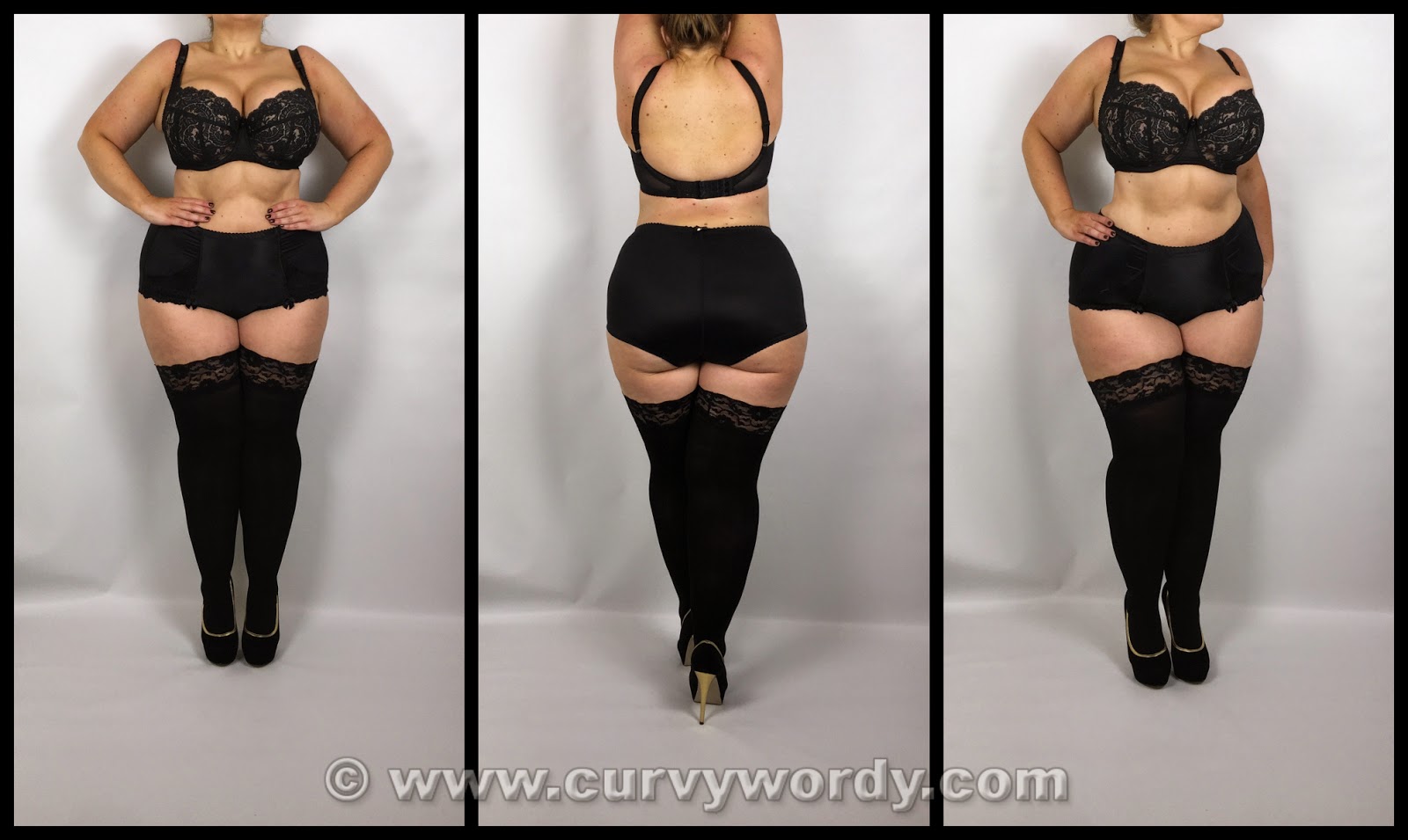 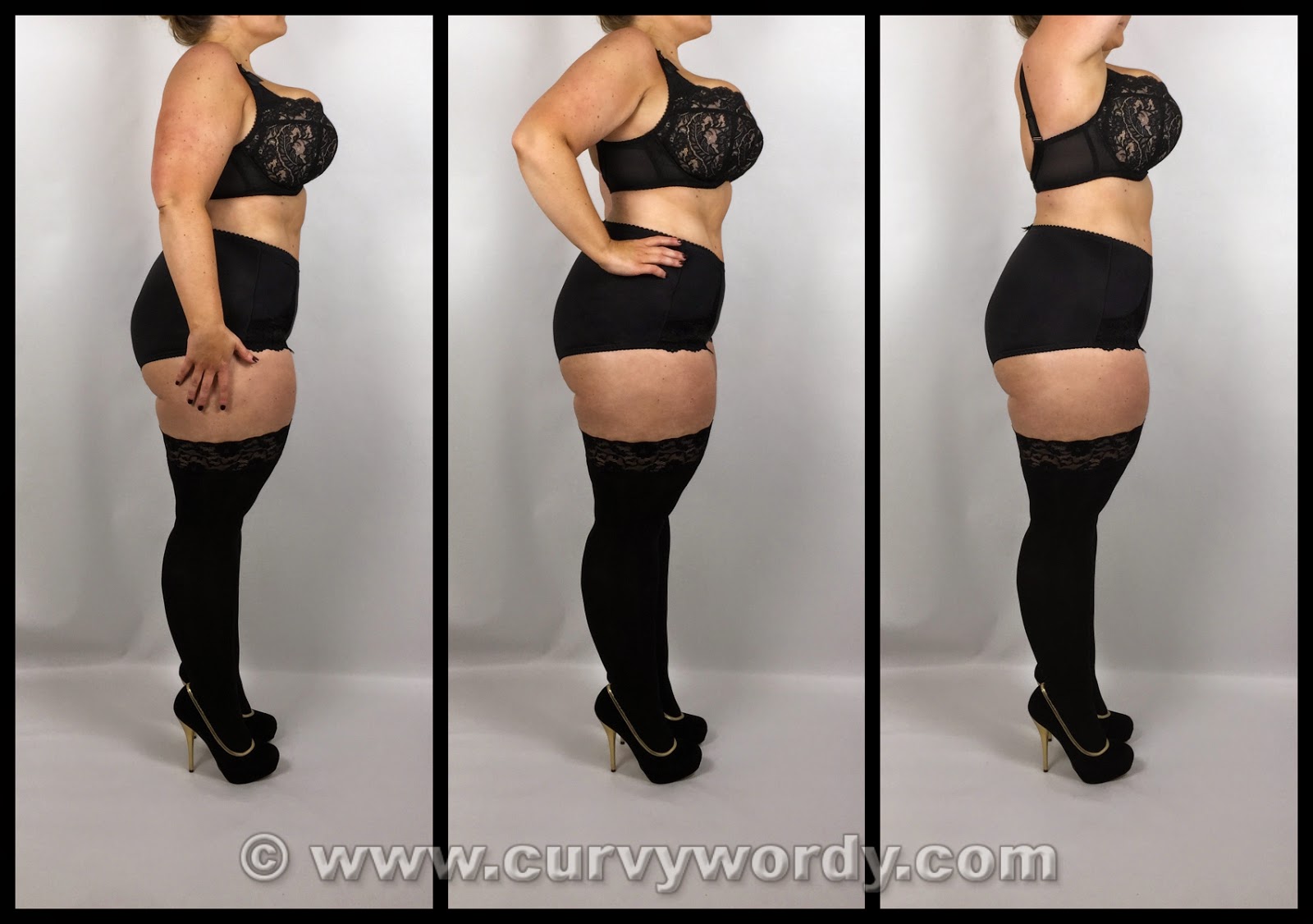 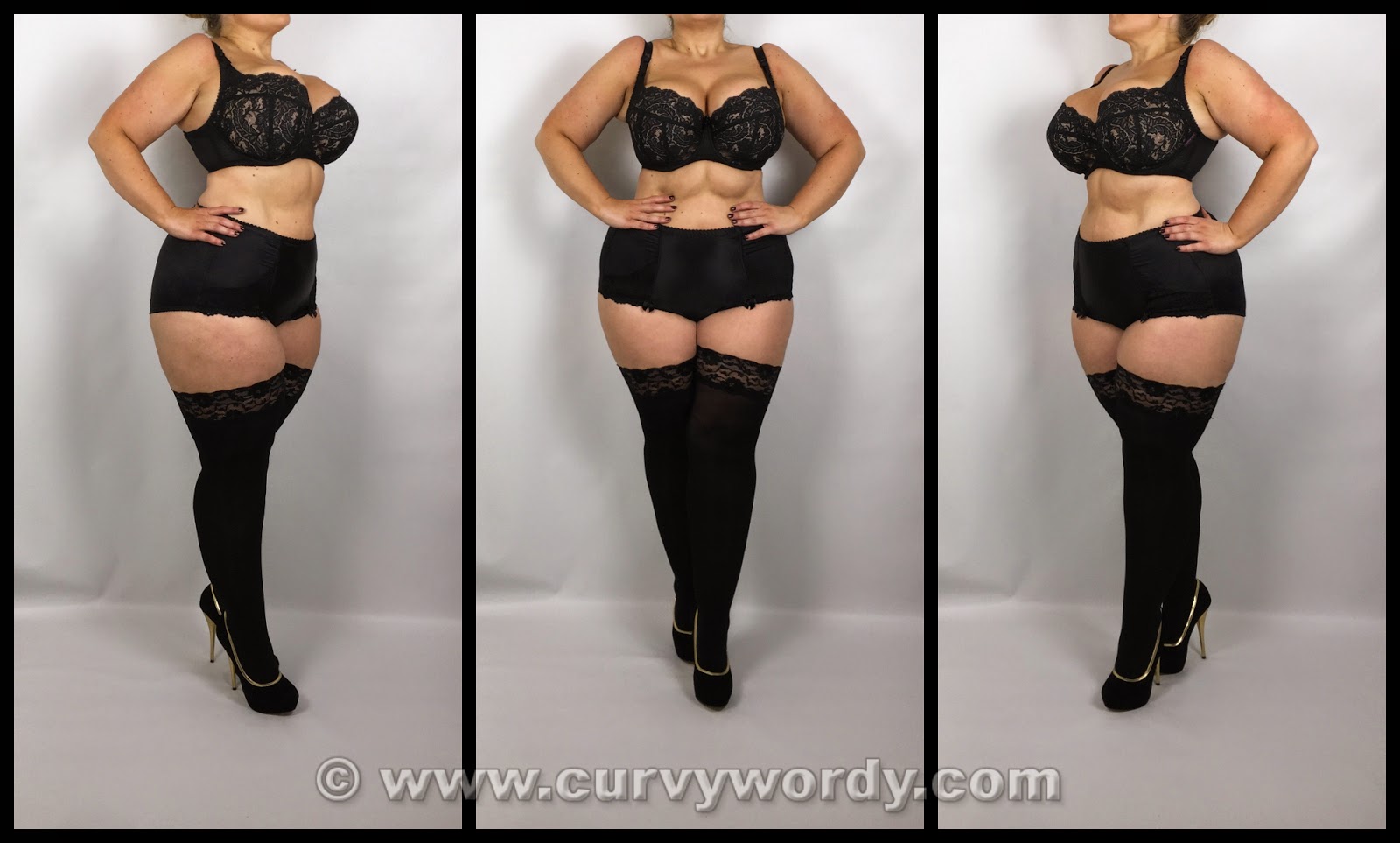 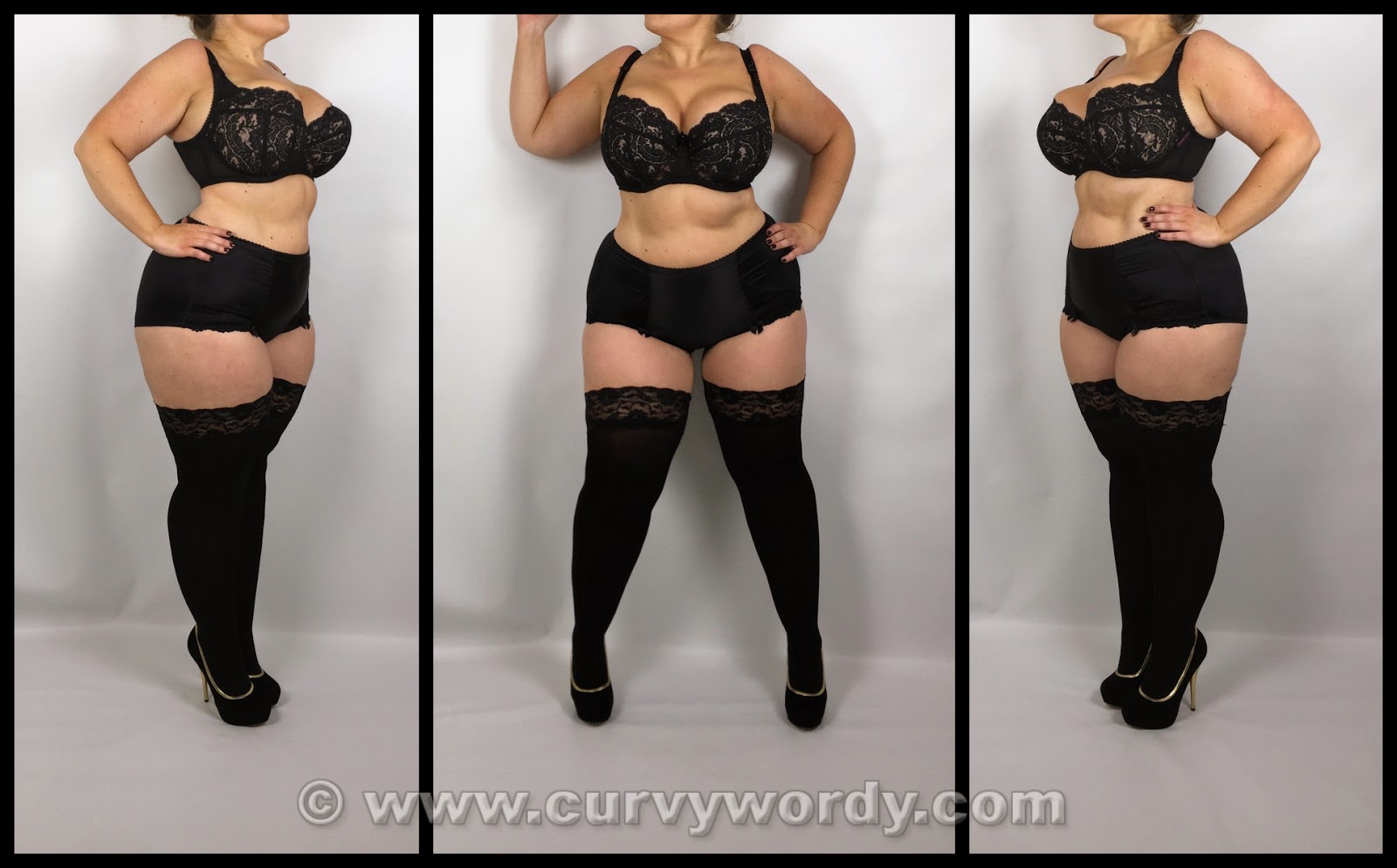 I think the Bibi Czarny Tulipan briefs work really well with this bra and almost look like they were meant to be paired together. I suppose any black bra is fairly easy to match with most black underwear but I think this one is a particularly good look.


I had a couple of pictures left over so I put them together so that you have a direct comparison of the bra, the briefs, and the hosiery. Which is your preferred look? Let me know in the comments below. 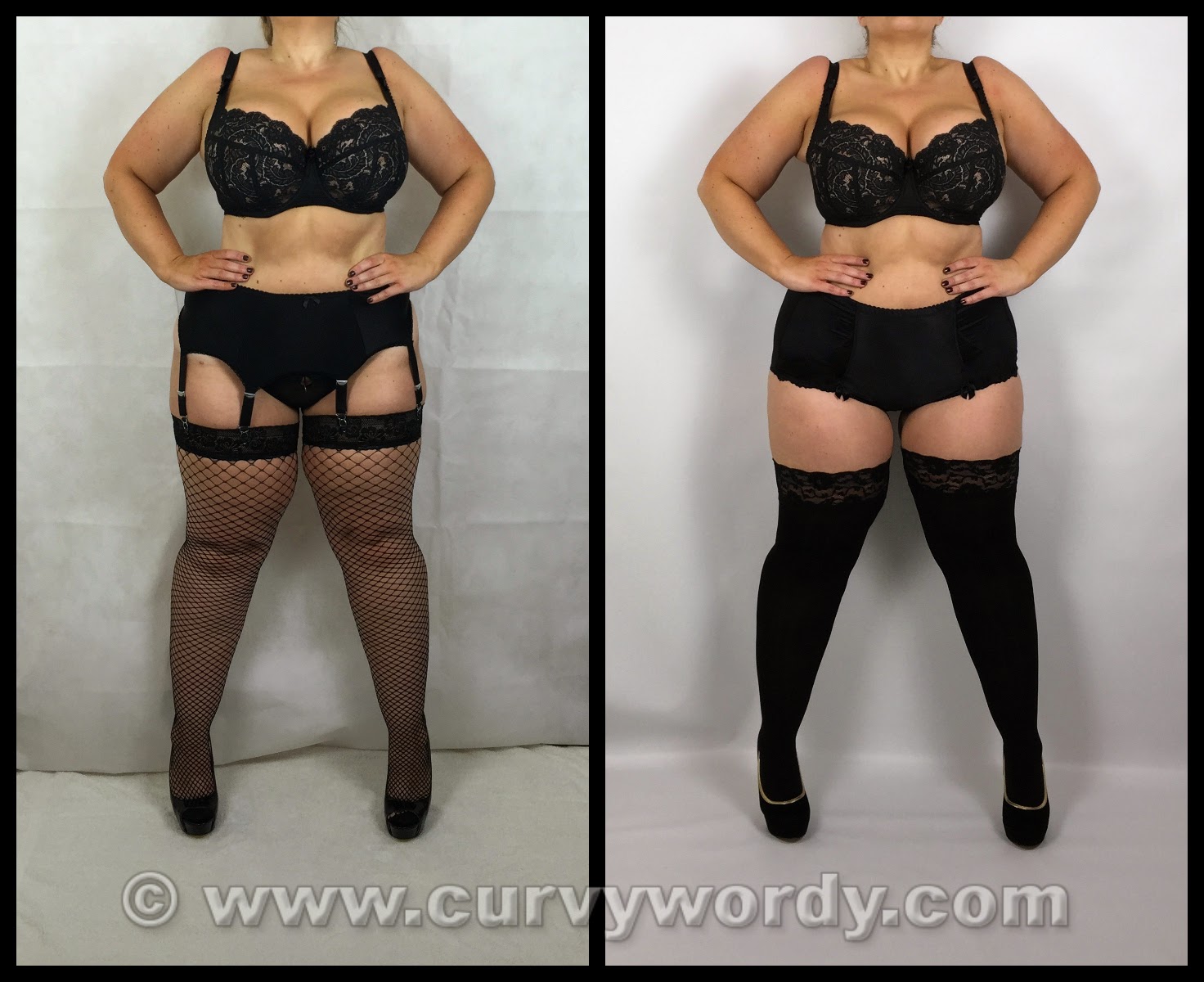 The SM Czarodziejka bra was limited edition, so I suppose it is no huge surprise that it is no longer available. Apologies to anyone who would’ve liked to buy this one, but as I said at the start of this post the SM Wróżka is a good substitute and seems to be more readily available to order.