I’ve been lucky enough to try a few of the Ewa Michalak S style bras in the past, and today I will be sharing with you my review of the S Paris Paris. 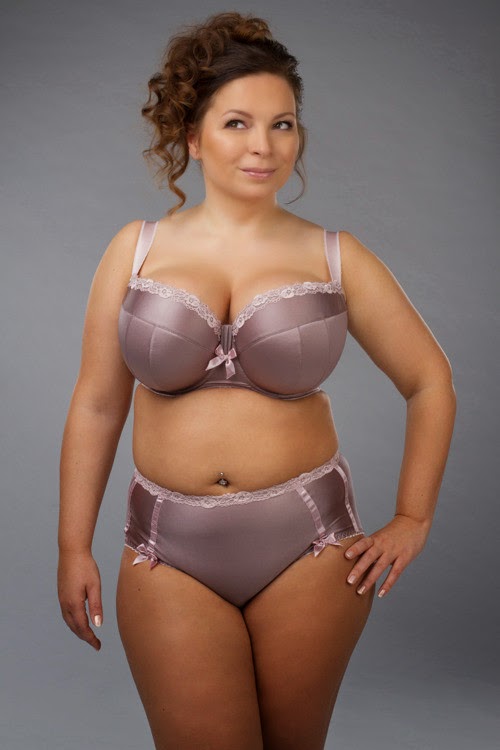 The S bra is a padded balconette, and it works well on larger busts as it has a taller central gore than the PL style of bra. The bra has removable pads in the bottoms of the cups to help correct asymmetry, but these can also be kept in place to add an extra bit of uplift for your boobs.

The colour of this set of lingerie is very pretty. It is described as ‘ash/dusty rose’ on the EM website and I think these names are perfect to describe the hue. From my photos above, I would say the last three (showing the set on hangers and laid out flat) are the most accurate representation of the real life colour. I wonder if it could work well as a ‘nude’ on certain skintones.


The bra is made with lightly padded foam cups, which are overlaid with a very soft microfibre material. There is pretty lace edging along the tops of the cups, and there is a simple small bow on the central gore. The briefs are made from the same soft fabric, and they have lace edging around the waist band and ribbon embellishments down the front to add interest, as well as two bows on the front and one on the back.


The first thing I noticed about this bra was that it only had two hooks and eyes to fasten the band. Until now, all of the bras I’d tried from Ewa Michalak had three, so this was a new experience for me. I am not sure if this was a mistake in manufacturing, or whether it was intentional, but seeing as the pictures of the bra on the EM website show it with three hooks and eyes in the larger cup sizes I can only assume it was the former. I have to say that I feel the bra would have fitted better overall with three hooks and eyes as I would have got more support from the band, but as the bra was sent to me free of charge to review I am not too concerned.


The 34/75 band is certainly a snug fit, and the band has a reasonable amount of stretch to it. The bra is comfortable to wear despite only having two hooks and eyes but I do notice the wires of the cups dig in a little more than usual.


The four part cups are ingeniously combined to create that gorgeous ‘cakes on a plate’ look that I adore and that has come to be the signature of Ewa Michalak bras. As previously mentioned, the bra has removable pads to help correct asymmetry, as is the case with almost all EM bras nowadays. The wire width is perfect for me and ensures that all of my breast tissue is encapsulated within the cups, without poking me under my arms. The central gore is a good height and does not poke me, and it lies perfectly flat against my sternum.


Unfortunately I’ve had a few issues with the straps on this bra. They are made from quite thin material and so I found they folded over on the very first wear and haven’t stopped doing so since. You can see this in some of my photos. When the straps fold over it makes them quite uncomfortable to wear as the pressure area on my shoulders is reduced and so they dig in a lot more than normal. I may try to replace the straps with something more sturdy; I will let you know if I do so as I am sure I am not the only person to have disliked certain straps on a bra.


I’ve taken to wearing my Big Tights Company Prague Lady Lace Hold-Ups in my photos as I feel they add a certain something to the aesthetic of the lingerie set, along with my Internaçionale nude patent peep toe high heels. 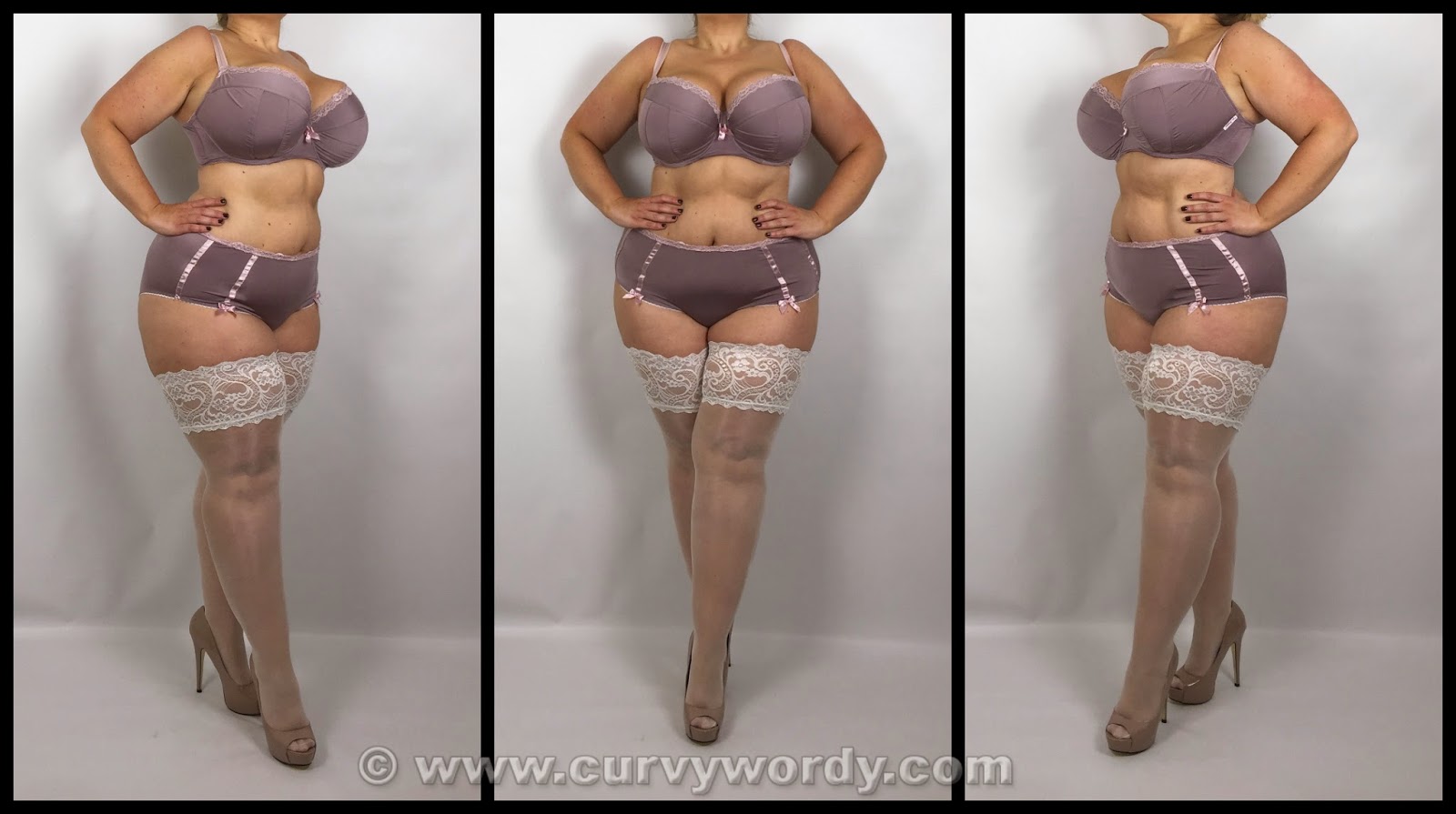 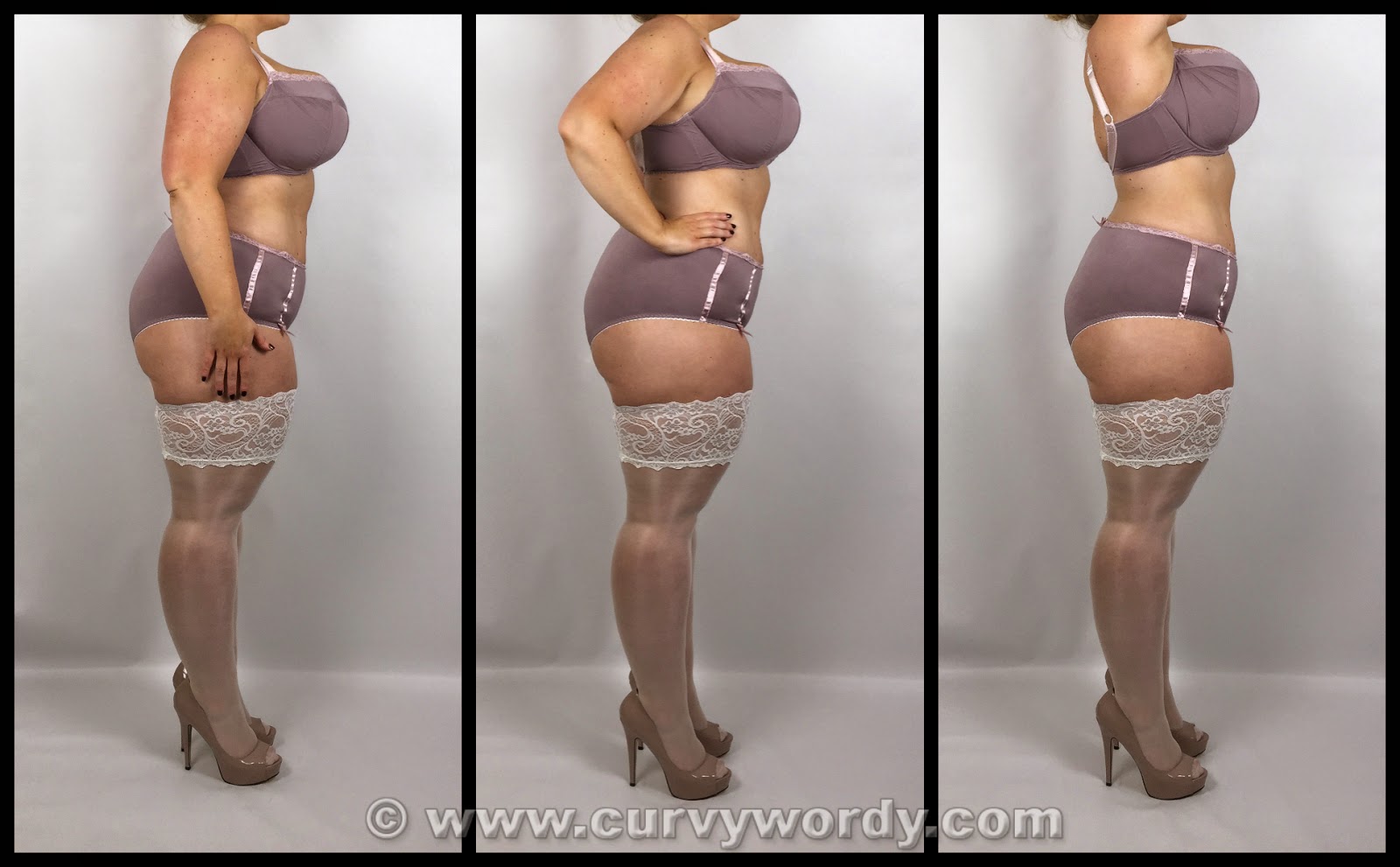 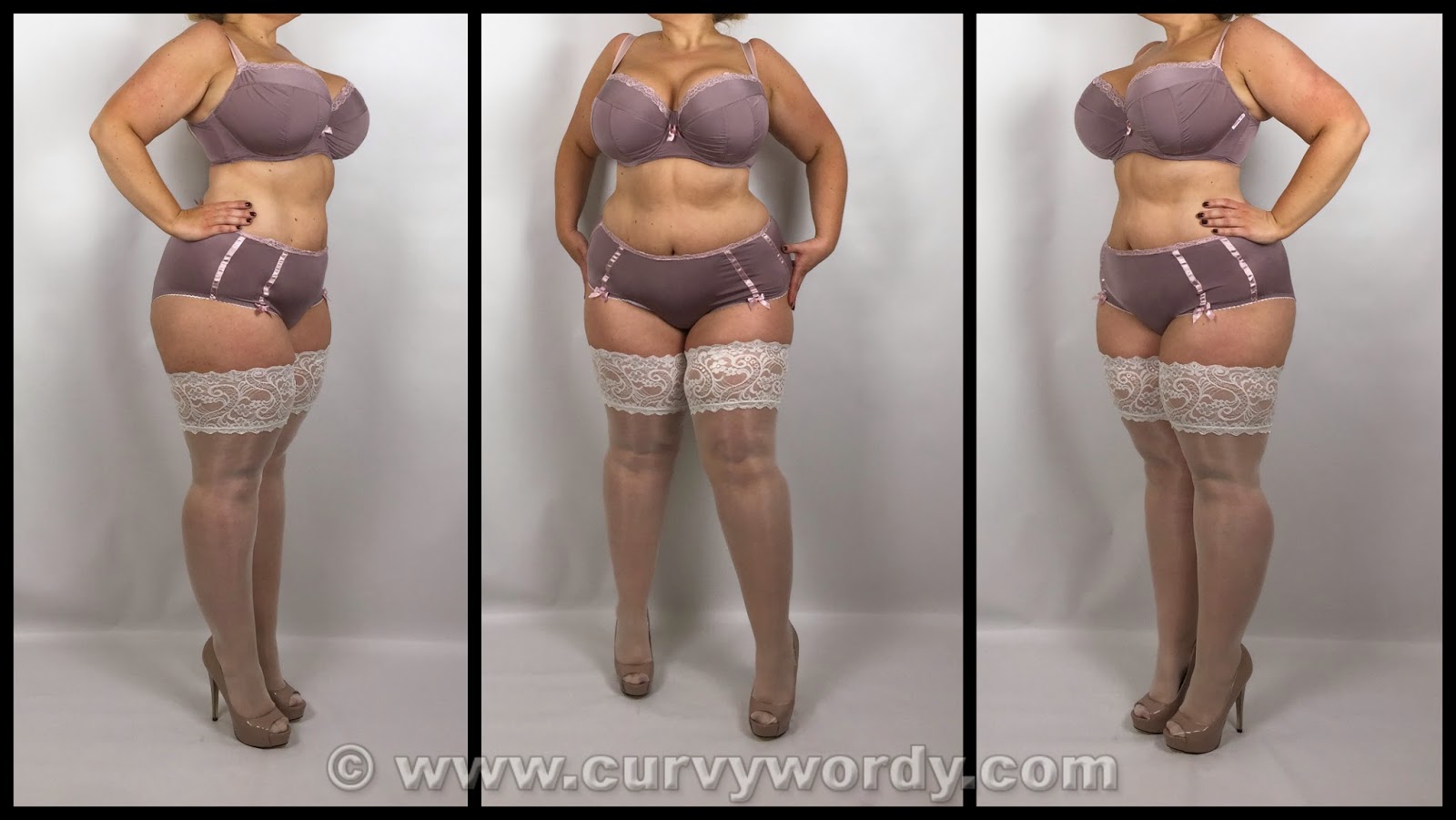 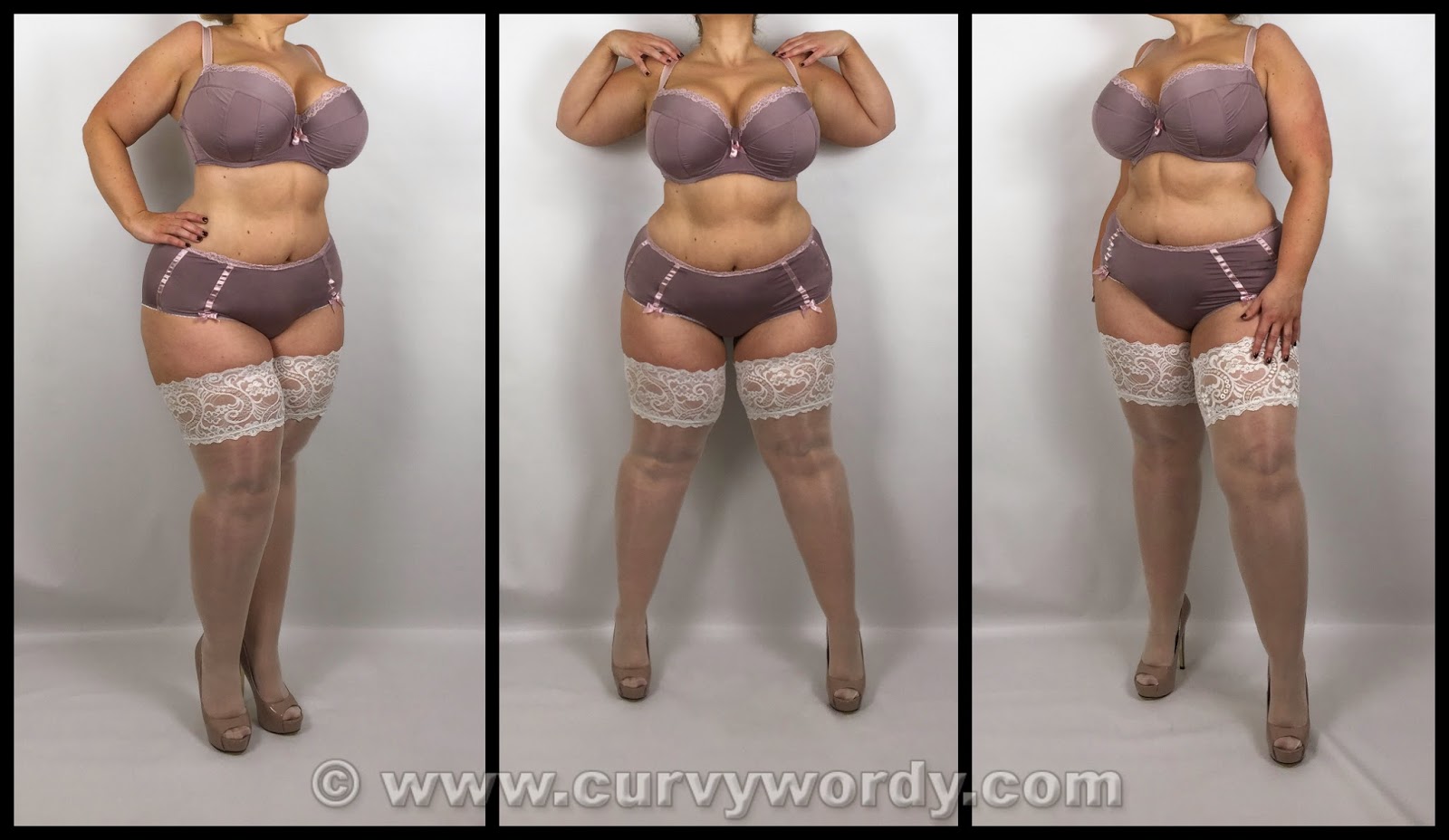 The matching briefs are very pretty and are extremely comfortable to wear. They don’t offer any kind of support in terms of smoothing but they look lovely and at a size 18/46 were perhaps a size too big for me. However, if I’d sized down I think the waistband would have dug into the soft flesh on my hips even more so than these ones do!


Overall I am pleased with this set of lingerie from Ewa Michalak, but I do feel a band with three hooks and eyes and some decent straps would have made it much closer to being perfect. It’s such a simple but classy set, and despite the issues I’ve experienced I know I will get a lot of wear out of it.


Have you tried the S style bra yet? Let me know by commenting below!