Since starting my blog, I have been regularly asked about Panache bras so I thought it was about time I reviewed one on here.


The reason I haven’t done so before is that I tried them years ago and found the wires to be crazily wide for me and the way too cups too tall.  However, I have heard that Panache have a range of fits amongst their different styles of bra so when I placed a recent order with Bravissimo I decided to add the Panache Melody Balconnet bra to my basket to see if it worked for me. 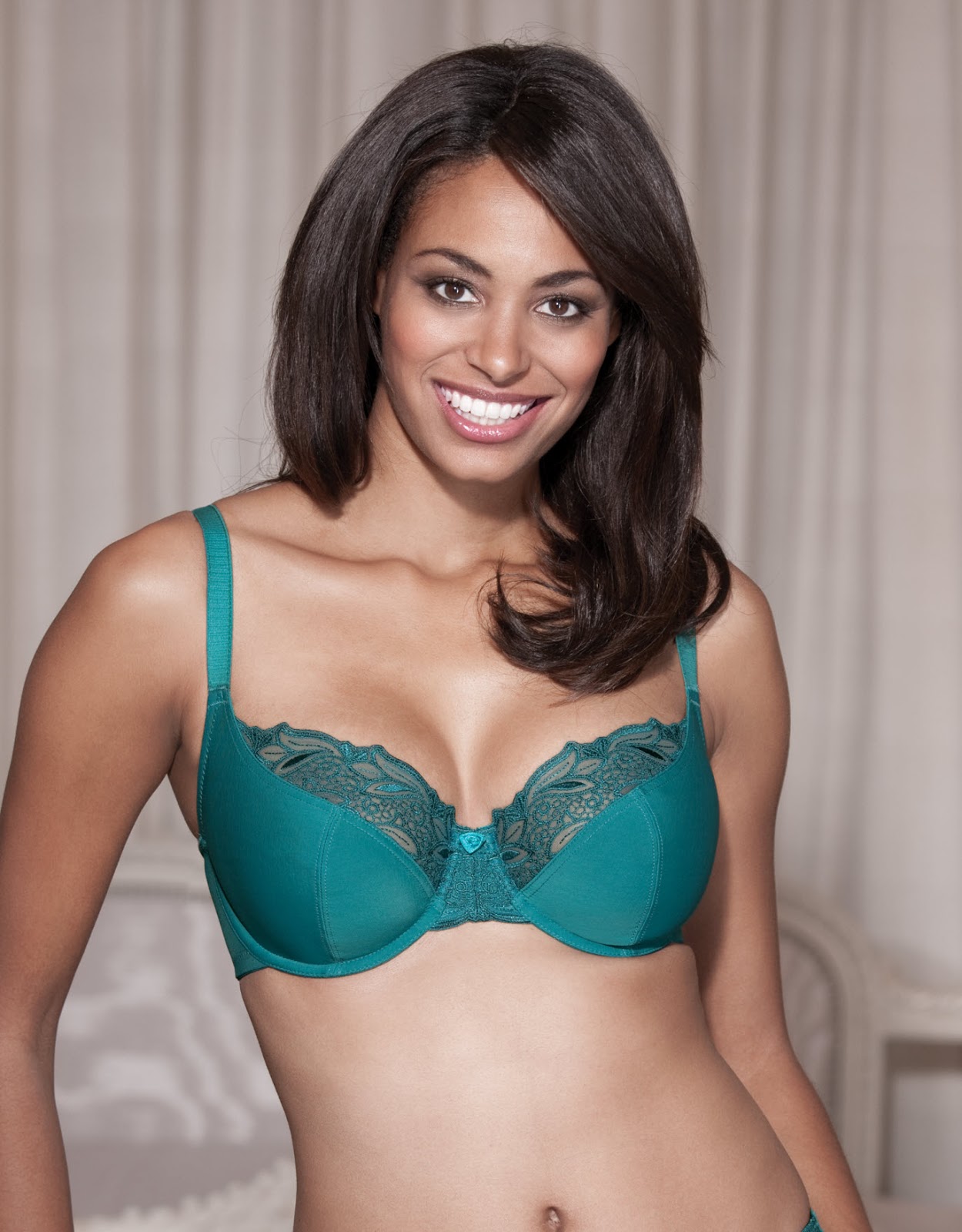 I opted for the teal Melody Balconnet as it was in the sale and the only option available in my size range was the 30KK.

First off, I must say that the colour of this bra is absolutely gorgeous and very similar to the Bravissimo stock photo. Teal is my favourite colour and this is a really lovely shade.  The fabric used for the Melody is lovely and soft.  The bra has unpadded cups, which are part fabric, part lace.  The lace on the top half of the cups is not stretchy but the fabric is a little.


As you can see from the photos above, the Panache Melody Balconnet gave me a weird shape, unfortunately.  In some of the images my boobs look rather ‘boxy’ from the side and that is because the fabric of the cups is fighting against the natural position of my breasts.  They cannot seem to reach agreement!  My boobs are somewhat flattened by the cups and front on they look pretty sad.


My boobs were too narrow for the ultra wide wires (that reached all the way round to my back, as can be seen from my pictures, particularly the second one of my back where you can see the wires on the left hand side!) but the cups appear too small in some of the shots.  I found that there was some excess lace on the top of the cup, as if I did not have enough upper volume to fill it properly, but in fact I think it was that my boobs were trying to fill out the wrong areas of the bra.

The cups were definitely too shallow and wide for my boobs and this is evident by the empty space at the bottom.  This would not go away, no matter how much I fiddled and adjusted the bra, so I admitted defeat and accepted the fact that this bra does not have enough depth in the cups for me.


The 30 band was much too big for me and as you can see I am wearing the bra on the tightest hooks in these photos.  Interestingly, I tried another Panache bra recently and the 30 wouldn’t even do up so there is a lot of variation between the band sizes.  Size issues aside, the band was very comfy to wear during the short time I had it on and this is undoubtedly down to the high quality materials used.


The Panache Melody Balconnet has a ‘bandless’ design along the front of the bra.  Personally, I don’t like this feature as I find it reduces the amount of support I get from the band and cups.  For large boobs like mine I need all the help I can get and I definitely prefer the sturdiness of a full band.  I also suspect the bottoms of the wires of the bra would have dug into my ribcage if I’d worn it for a whole day.

The straps only half adjust and I found that this was not short enough to get the best fit for me. It might be possible to force the slider onto the thicker front section but seeing as I was only trying this bra on and did not intend to keep it I did not think it would be appropriate to risk damaging it.


I found the cups to be ridiculously wide, and they wrapped all the way around to my back.  I don’t think I have ever tried on a bra with such wide wires before!  It was really bizarre.  I found that the wires poked my underarms, despite them only being a bit too tall.  In the cleavage area, the wires actually hurt my sternum where they pressed so hard.  This wouldn’t have been a deal-breaker if everything else had been fine as it’s easy enough to bend poking wires so they no longer apply so much pressure.  However, the central gore was so wide that it sat on my breast tissue and felt incredibly uncomfortable.  In fact, I couldn’t wait to take it off!


In conclusion, the Panache Melody Balconnet is sadly not for me.  However, I am sure it works brilliantly for those with wider set breasts that are not ‘up front’, like mine.  And I’m envious if this works for you – it’s such a lovely bra!