For some time now, I have been a huge fan of the gorgeous dresses and separates available from IGIGI by Yuliya Raquel.  I have previously blogged about the stunning Naime maxi dress I tried back in the summer and I have been longing to try more dresses ever since.


A few weeks ago I was offered the chance to try the Siren Dress in Tanzanite.

It looked such a pretty colour online and I hoped that the waistband would suit my voluptuous hourglass figure perfectly.  I ordered a US size 12, which is approximately a UK 16. 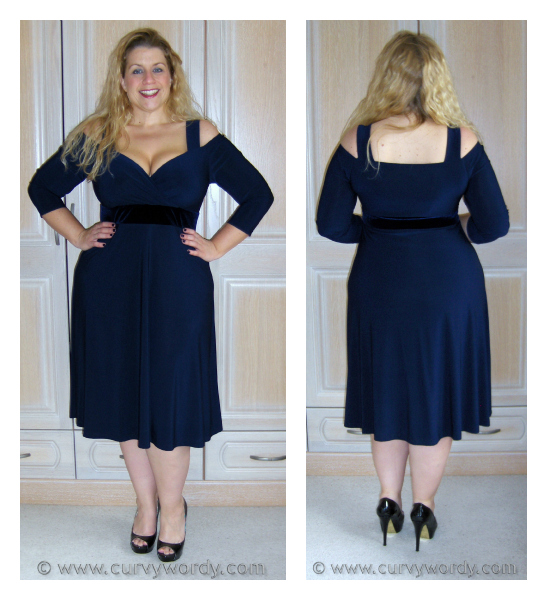 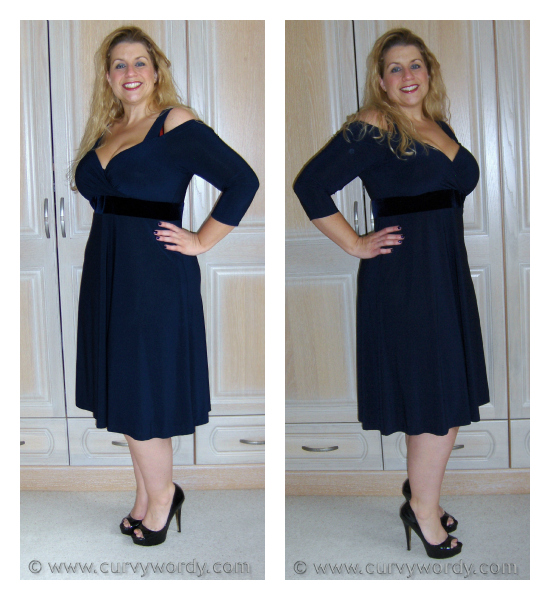 The Siren dress was every bit as beautiful in reality as it had appeared on my screen.  I don’t think I have seen such a stunning dark blue before – it’s not quite dark enough to be navy and it has an amazing richness to it.  I guess I would describe it as dark ink blue.

The fabric is amazing – so soft and sumptuous.  The waistband is a super soft velvet so the whole dress feels wonderfully luxurious.

I love the cut-out shoulders as it’s such an unusual and eye-catching feature.  I did have a bit of a problem covering up my PL Czerwona Panterka bra straps because of the style of this dress, however, but I think a simple solution would be to wear black lingerie underneath, rather than anything coloured.

The length of the Siren dress is perfect for me.  I am 5’4 and it comes to just below my knees.  Worn with killer heels this dress has the potential to be a real show-stopper!

However…if you are a regular reader of my blog you will know about my epic battle to find clothing to fit my extremely voluptuous 46-30-47 figure, meaning that I often have to size down in order to get a good fit on my waist.

The size 12 US/16 UK I received was unfortunately too big on the waist for me by several inches.  I don’t think it shows up too much in these photos but in reality the dress felt uncomfortable where the band was too generous.

The Siren dress has an empire waistline, meaning that it’s made to sit directly under the bust and therefore higher than the average person’s natural waist.  This can be a very flattering cut for those who want to disguise their tummies but for me the velvet band sat a few centimetres higher than I would have liked.  This in turn meant that the bust area was on the small side, which doesn’t suit my big boobs at all.

This was such a disappointment and I thought that there was no way I could get this dress to work for me.  However, when I was taking the photos for this post I decided to try adding a belt to see what would happen.  I tried a blue belt and then a black belt – and you can see the results for yourself below: 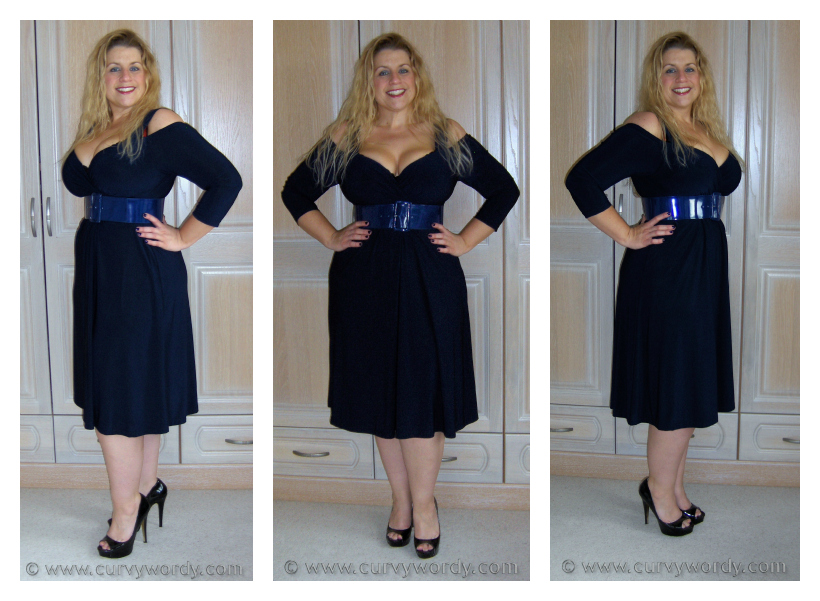 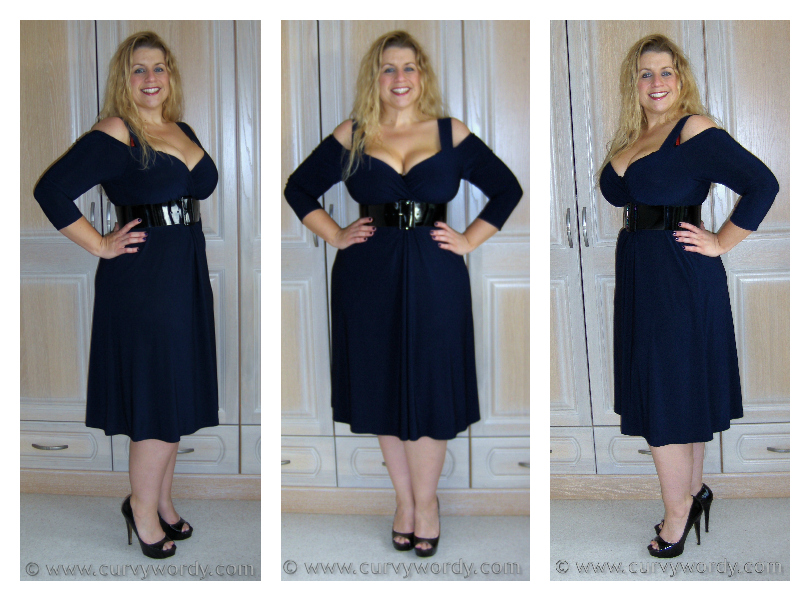 It worked very well indeed!  The belt pulled the waist in nicely and resulted in a dress that fitted me much better than before.

I had to tug the skirt and waistband down to ensure it was completely covered by the belt, which meant that the bust area ended up even smaller than before.  It’s almost indecent!  I don’t think I could add a vest or cami underneath for modesty because of the cut-out shoulders so it means this dress would not be suitable for work or other more formal occasions.  Still, it’s a real beauty and the colour is something I would love to see more of from IGIGI in the future.

The Siren dress is available on the IGIGI website here and everything on the site is currently being offered with free shipping and free returns (US only, offer valid until 30/12/12).


Read my review of the IGIGI Natasha dress and Obi Belt here.