A little while ago, Ewa Michalak brought out a new range of bras in gorgeous Easter colourways. One of these was the CHP Groszki i Róże, which literally translates as ‘Peas and Roses’ – so cute!


I was interested to give this one a try because it was the new CHP style: a cross between CH (which separates the breasts and pushes them forwards for maximum projection) and the HP (which separates the breasts and pushes them to the chest for maximum push up). I have previously found that the HP style does not work so well for me as it had somewhat of a slight minimising effect and the cups were shallower than other styles; however I was hopeful that the CHP would bring the benefits of both styles together into a perfect bra!

As this style is limited to the sizes it can work for, I ordered it in the largest cup size available in a 32 band – a 32/70J.  The last Ewas I tried were plunges in 32K and these are a pretty good fit, although I suspect a 30KK or possibly L would be ideal for me. 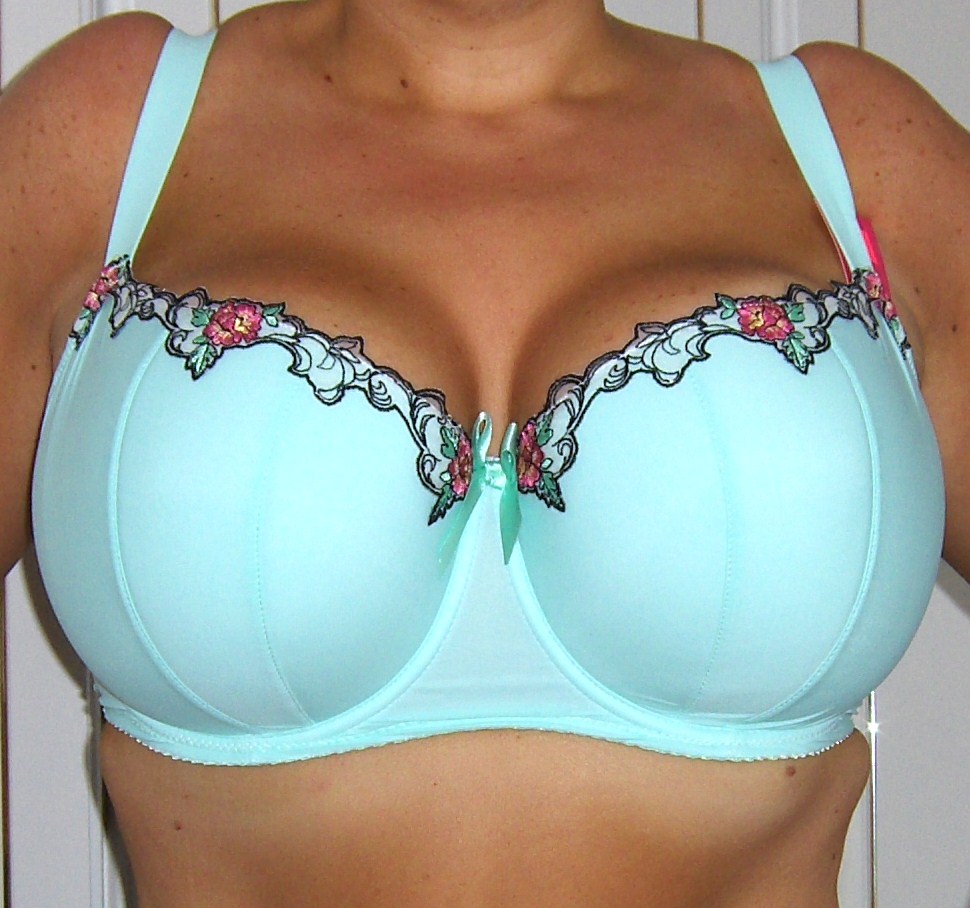 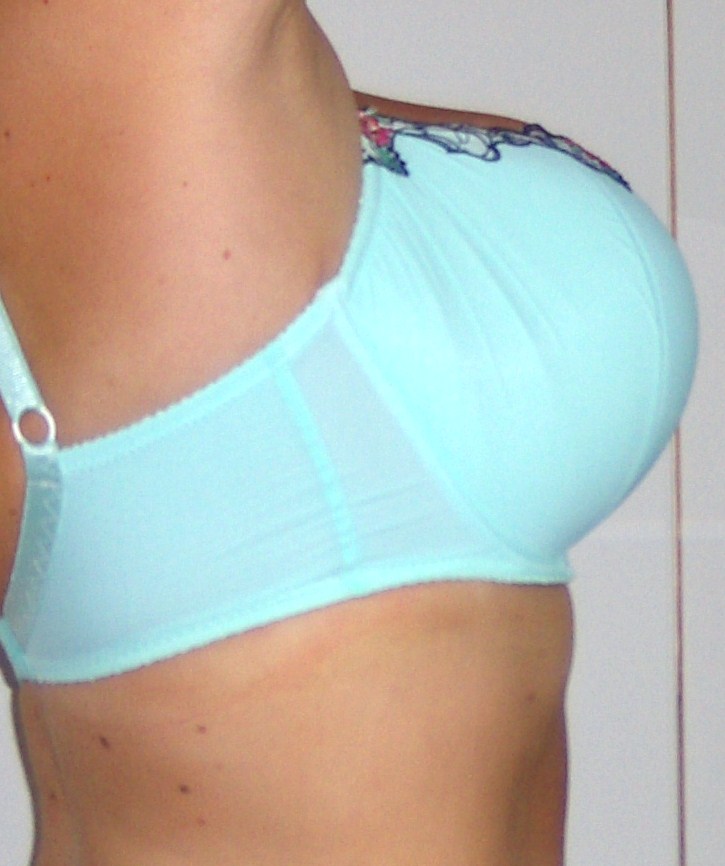 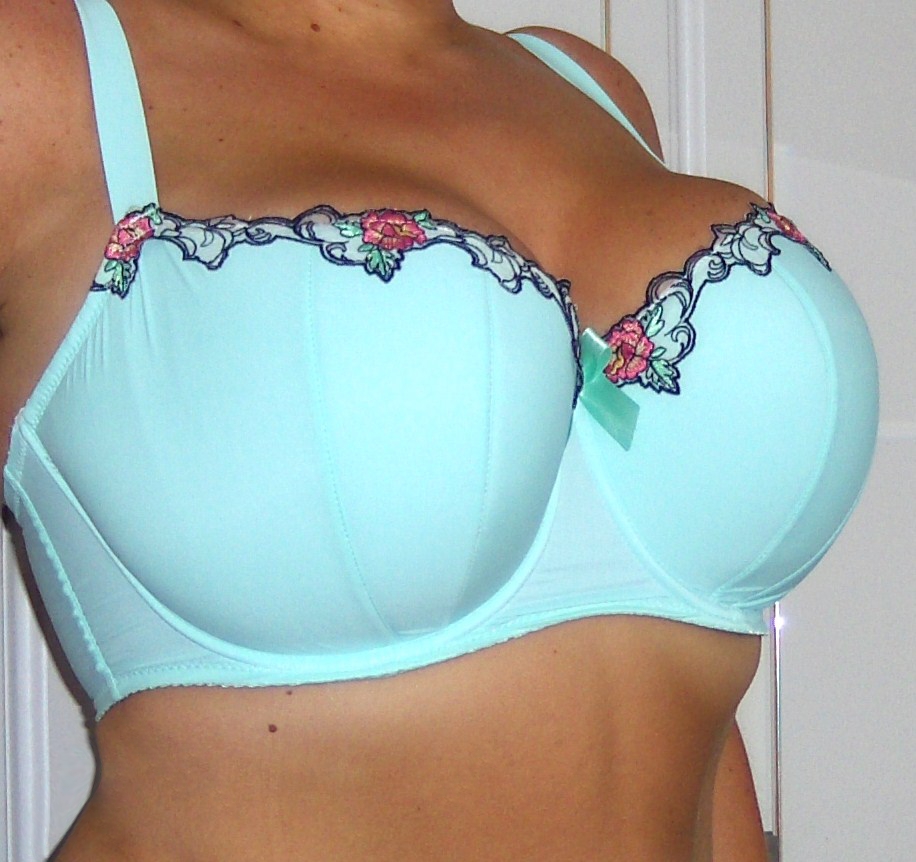 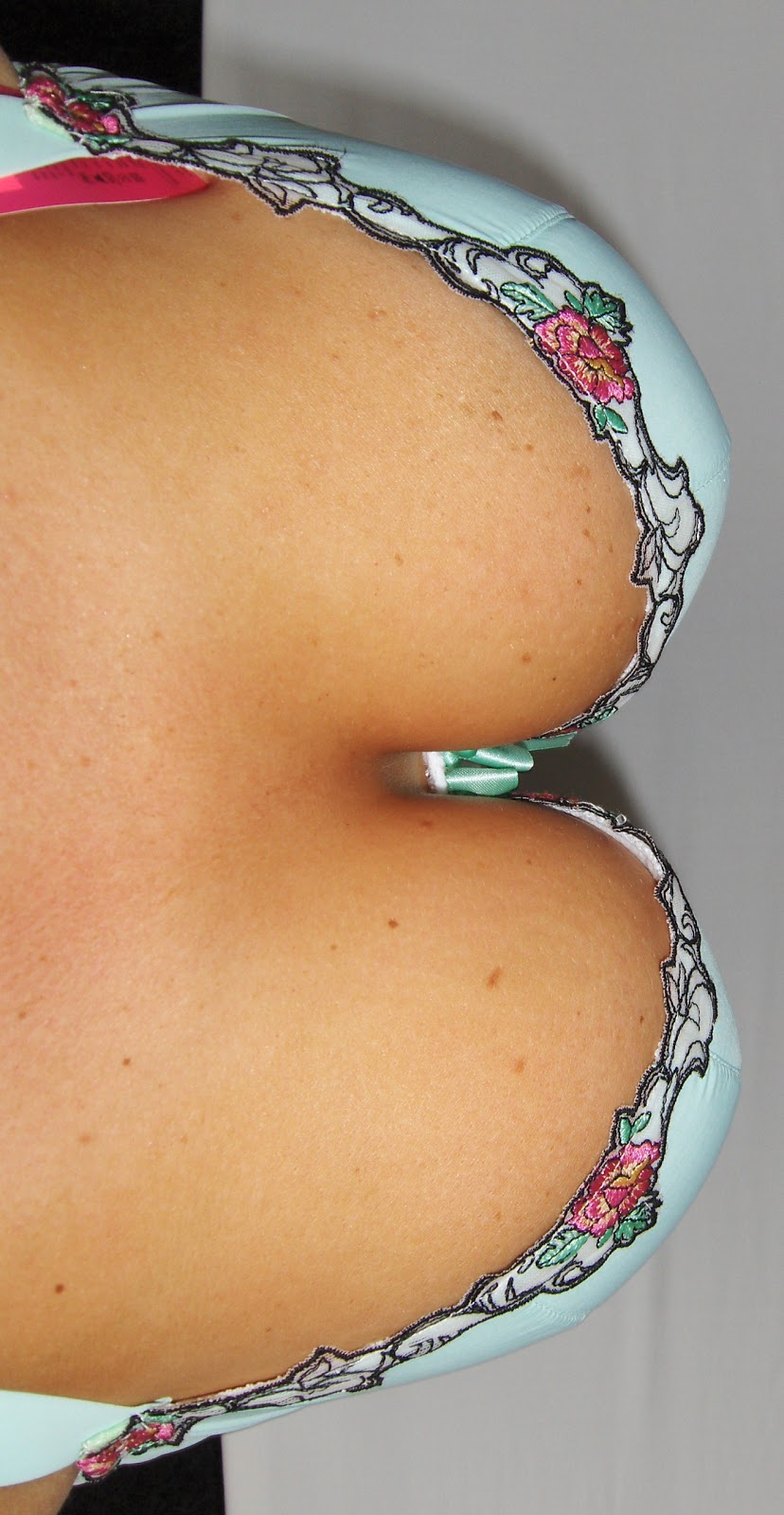 Considering this bra is supposedly two or three cup sizes too small for me, it’s actually not a bad fit!  The angle shot shows that the bra cuts into my breast tissue a little but really it’s not bad at all.


Like the vast majority of Ewa Michalak bras, it is just so, so pretty in real life.  It’s a gorgeous spearmint green colour (far more green than either my pics or the stock photos show), with lightly padded cups which are covered with a microfibre outer and cotton inner.  The tops of the cups are edged in a very pretty embroidered flower design and there is a big ribbon bow on the central gore.


The straps are halfway adjustable and are the style that I am not a fan of – the front half is covered elastic and the back half is regular strap material.  However on this bra I would say it’s a good thing they are this style because the material used for the back half of the straps is really quite flimsy so if the entire strap was made of this it would curl within moments! Additionally, I am sorry to report that the back half of the straps has no embroidery or embellishment so they slip/lengthen as I put them on – very frustrating!  In time I will need to shorten them as they are too long for me, and I may try to do something about the slipping issue.  The good news is that they have circular connectors which are far more comfortable than their oval counterparts – hurray! 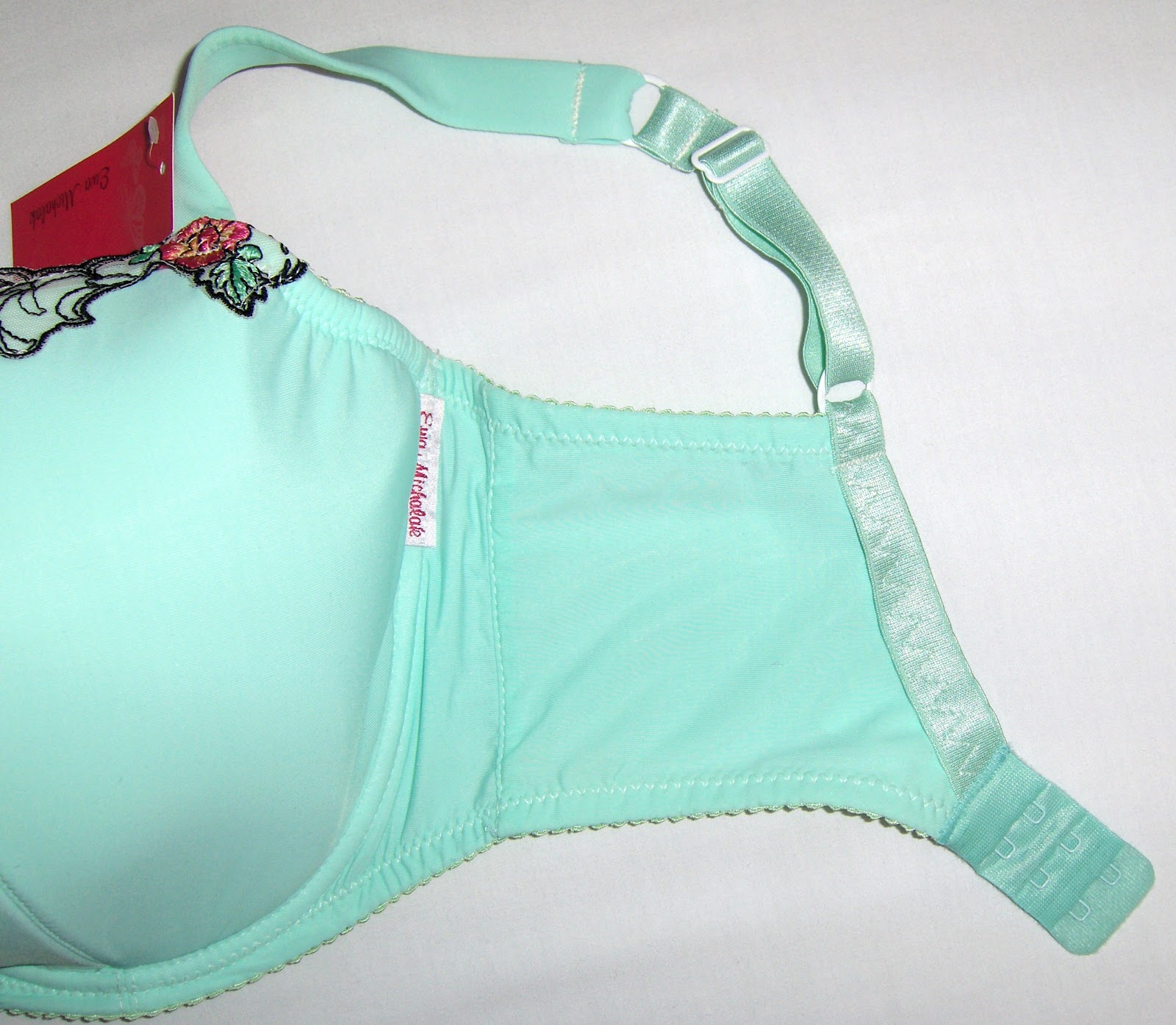 The band has three rows of just two hooks.  My preference would definitely be for three hooks instead but having worn this bra it gave good support with just the two.  I think I am just far too used to having three hooks and so it feels strange wearing a bra with fewer!

I found the band on this bra was pretty loose and I would have liked to try a 30/65JJ for comparison.

The wires on the CHPs come up higher under my arms than the PLs, but not so much that it’s uncomfortable.

As my breasts are heavy, my preference would be for the straps to be placed in a slightly less wide position in order to give better uplift and support.  Saying this, I appreciate that officially I should not be wearing this bra as it’s not made for boobs as large and heavy as mine, so if you fall within the sizing for this style I am sure it will be perfect for you!

The spearmint green colour is not something I would have normally gone for but actually I really love it!  It’s so different and looks great against tanned skin.  I am not sure how flattering it would be on paler complexions but the pretty embroidery sets off the colour very well indeed.

This bra feels flimsier than previous EMs I’ve tried and I hope this is not the start of the company moving away from their extremely strong and well-constructed bras.  That said, the lighter padding will be a godsend to those who don’t want the extra bulk a padded bra can sometimes give under clothing.

Having wide-set straps means that this bra is perfect for broad necklines.  It doesn’t give the WOW cleavage of the PL style bras but it still makes my boobs look amazing.  The higher central gore is ideal for those with softer breasts as it helps to hold everything in place.

So, if you have ever fancied giving a spearmint green bra a try, I think this could be a great option for you!